Batman defeats The Joker to win the 'Herd' bracket

'The Herd' on ESPN Radio 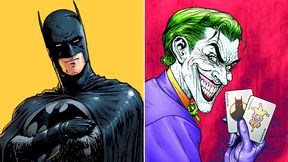 DC ComicsBatman defeated The Joker in the final.

Nerd alert! We ranked the top 32 comic book superheroes and supervillains -- and you decided who won "The Herd's" March bracket.

Batman and The Joker made their way through the brackets to vie for the "The Herd's" Superheroes vs. Supervillains title. Gotham City was saved as Batman won in a landslide. Check out Batman's path to the championship.


How did our Fantastic 4 get there? Take a look back at our opening rounds:

Listen to or watch "The Herd with Colin Cowherd" weekdays from 10 a.m. to 1 p.m. ET on ESPN Radio, ESPNRadio.com and ESPNU.