After 15 years as a softball coach -- seven at the collegiate level -- Miami Dade College head coach Gina De Aguero felt like she'd seen it all. But she hadn't yet seen a player like Melissa Mayeux.

In the spring of 2017, De Aguero received an email from Mayeux, a shortstop from France. It wasn't unusual for her to receive emails from international players. But there was something intriguing about this email from Mayeux.

Mayeux wrote that she wanted to play softball, but she'd played only baseball all her life. 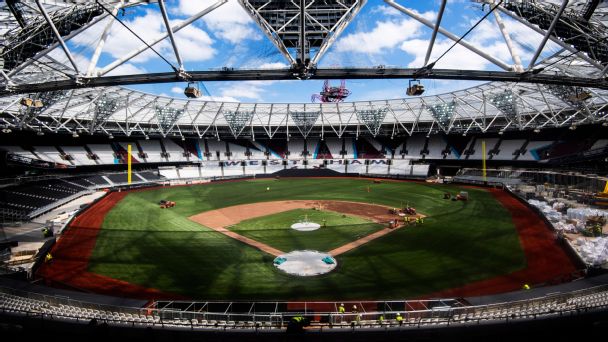 De Aguero watched video of Mayeux play. Right away, De Aguero knew she was special. Within a matter of minutes, De Aguero responded to Mayeux's email and offered her a scholarship to play softball at Miami Dade.

"It was evident how athletic she was just based on the videos. I thought, 'OK, we can work with this. I'll teach her the game of softball,'" De Aguero said. "She's got great hands. She's got power when she swings. And, obviously, I could tell she had great work ethic. So, with that, she received the scholarship offer before she even came to the States."

What De Aguero didn't know was that in 2015, Mayeux made history. As a shortstop on the French under-18 junior national team, Mayeux became the first female baseball player added to Major League Baseball's international registration list, making her eligible to be signed by an MLB organization.

Mayeux had participated in MLB's international baseball development camps and caught the eyes of two-time All-Star Steve Finley and Hall of Famer Barry Larkin. When it came time to add names to the international registration list, Mayeux's was at the top.

"She looked like a baseball player," Finley said of the first time he saw Mayeux at camp. "What she did really well was make adjustments quick. You could have her do a quick adjustment on the spot and she'd take it right into the game. That's really one of the key things that makes her such a good player."

Larkin said what jumped out to the coaches was Mayeux's understanding of the game and her drive to push herself to beat the boys.

"Melissa is a warrior. To see her battle it out on the field and off the field among teenage boys, I have a lot of respect for Melissa," Larkin said. "I was very encouraged by her understanding of the game and her technique. I think it showed even more because she physically wasn't as strong as some of the boys, but she paid more attention and became a leader."

At 16, Mayeux didn't realize the opportunities baseball could provide her beyond her junior national team, let alone a chance be placed on the registration list.

Finley and Larkin said Mayeux's talents were good enough for America. It was just a matter of what those opportunities would look like and how she would get there.

The larger question, however, was whether the first female placed on MLB's registration list would actually make it to the major leagues. For that matter, when would any woman, not just Mayeux, finally play for a major league organization?

Finley and Larkin know full well how hard it is for anyone to make it the big leagues.

"I don't care if you are a man or woman, either you can keep up or you can't," Finley said of making it to the major leagues. "I was never going to tell Melissa, 'Hey, I don't believe you are going to play baseball.' We were like, 'Go for it, take it as far as you can take it. The sport will let you know how far you can go.' And I think that's true of anybody. If you get to the professional level, you have to be able to keep up with the guys in front of you. And if you don't, you get a pink slip. If you are a man or a woman, I don't care, if you have the talent and the ability to play at the big league level, go for it."

Likewise, the answer is simple for Larkin. Regardless of gender, he said, playing for a major league organization requires a level of physical capabilities that few possess.

During the past year, MLB has amplified its efforts to involve more women in baseball at every level. According to Kim Ng, MLB's senior vice president of baseball operations, the league has been building on its relationship with USA Baseball and strengthening ties with the women's national baseball team. Ng believes such relationships are crucial to the long-term goals of women participating in the sport.

"It was strong on the men's side, but we have this entire other facet to the relationship that is important to emphasize because you have the highest professional entity and the highest amateur entity working together to figure out solutions and how we can provide more opportunities," Ng said.

Over the past few years, MLB has partnered with USA Baseball to hold multiple events for young women who want to play baseball. This year, MLB and USA Baseball provided three events (the Trailblazer Series, the Breakthrough Series and MLB Grit) for young women to improve their skills, promote the sport, increase participation numbers and support the women in the baseball community. Each of the three events included members of the women's national team as coaches and instructors, and most of the events featured appearances by alumnae of the All-American Girls Professional Baseball League.

"This year was the first year where we felt like we were doing more than just dipping our toes in the water. This is a very good foundation in which now we can build," Ng said. "This is still fairly new to MLB. We just got finished with this year's events and now it's time for us to take a look back and look at what went right and what went wrong and how we can improve it. And what does this look like for at least the next several years." 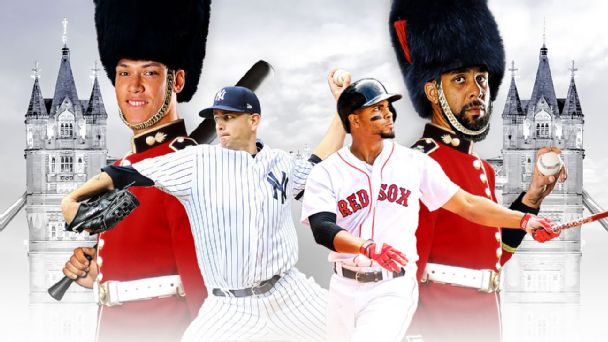 "In terms of major league clubs, I don't know if that's too far off in the distance, but obviously groundswell and numbers would help that opportunity come quicker," Ng said. "I do believe there's that opportunity at some point in the future, for sure. I think the more we focus our attention to it, the more opportunities will pop up for these young women."

One of the main objectives at the international camps is to emphasize the potential opportunities to play in college. This was something Finley said he tried to stress: the importance of playing in college and trading it to get an education.

"At the camps, those are the best players from their countries. I always try to stress if they don't get a chance to play pro ball, they will have a chance to play college somewhere, and hopefully that's in the States," Finley said.

Mayeux spoke with several collegiate baseball coaches, but wasn't able to secure a baseball scholarship. Knowing she would need a full-ride opportunity to live and play in America, Mayeux turned her attention to softball.

When Mayeux arrived at Miami Dade, she knew there would be a learning curve with softball. No longer would it be overhand pitches, smaller balls, longer baselines. Beyond the technicalities of the sport being different, Mayeux would have to learn to embrace a new sport.

But no matter what, the goal remained the same: keep the dream of playing baseball alive, even if that meant playing softball for a few years.

At her first practice in the fall of 2017, Mayeux started throwing with a teammate. The softball felt like a foreign object in her hands. Throw after throw kept going long, directly into the stands. The frustration washed over Mayeux with every movement. When it was time to hit off the pitching machine, she couldn't even touch the ball with her bat. Swing after swing, nothing.

After a few weeks of practice, Mayeux started to find her rhythm. "We kind of just broke it down," De Aguero said. "At the beginning, her throws would fail a little bit, and she'd get frustrated. And I kept telling her, 'Don't worry about it, just keep doing it. You'll get it. You'll get it.'"

Before practice, De Aguero would find Mayeux standing near the bullpen watching the pitchers throw. This part of her training wasn't mandatory, but it was something Mayeux made a habit in order to learn the spin of the ball and the different pitches. "That was great on her part," De Aguero said.

By the end of her first season with Miami Dade, Mayeux led the team with a .377 batting average, with eight home runs, 15 doubles and 31 RBIs. Topping off that season, Mayeux made first-team Florida College System Activities Association All-Southern Conference and all-academic team. After two seasons with the Lady Sharks, Mayeux rounded out her time at the junior college with a .431 batting average and 59 RBIs.

Mayeux didn't want to give up her dreams of playing baseball, but she knew that softball presented the best opportunities at this point in her career. When the University of Louisiana-Lafayette came calling, and having already earned her associate's degree from Miami Dade, she couldn't turn down the opportunity to play at an NCAA Division I school.

"I started something that I have to finish with softball," Mayeux said. "But it doesn't mean that I'm done with baseball at all. Just right now, the best thing for me is to play softball at a big school. It hurts to know that I might not ever be able to make it in the MLB. But I know that there's other opportunities."

Mayeux will be joining a Ragin' Cajuns roster that boasts two other baseball players: seniors Julie Rawls and Sarah Hudek. Hudek is the daughter of former MLB pitcher John Hudek and became the first woman to receive a baseball scholarship, playing one season with Bossier Parish (Louisiana) Community College in 2015.

Mayeux started playing baseball as a toddler with her older brother and has never looked back. She knows her baseball dreams won't die on the softball field. She believes her journey is just beginning. At the end of the day, she knows where her heart lies.

"I like softball," Mayeux said. "But I love baseball."