"In 2014, Prince Harry started the Invictus Games, an international sporting competition for wounded, injured or sick service personnel. When he awarded U.S. Army Sgt. Elizabeth Marks a swimming gold medal in 2016, she gave it back to him to thank the Papworth Hospital team who saved her life." 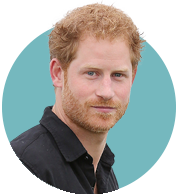 I am incredibly proud to know Sgt. Elizabeth Marks. This year she won four gold medals in swimming events at the Invictus Games in Orlando, Florida. She was then selected to compete for the U.S. team at the Rio Paralympic Games. Going into the Games she was ranked No. 1 in the world in the 100-meter breaststroke, and she went on to win gold in the SB7 100 meters.

This is an incredible achievement by any standards, and I know this is how she wants to be defined, by her achievements and her abilities. But as an Army sergeant wounded in service to her country, her journey to get to this point has been remarkable. To me she epitomizes the courage, resilience and determination of our servicemen and women. Using sport to fight back from injury in the most remarkable way, she sums up what the Invictus Games spirit is all about.

Elizabeth joined the Army in 2008 as a combat medic. She suffered bilateral hip injuries during a tour in Iraq in 2010 and underwent four surgeries in 18 months. She used sport as a way of helping in her recovery, keeping mobile, fit, healthy and focused. She was selected to compete for the U.S. team in the first 2014 Invictus Games in London, but on arrival in England she had trouble breathing. Within hours, her lungs had filled with fluid and she had been put in a medically induced coma, with little hope of recovery. We all feared the worst, but the team at Cambridge's Papworth Hospital helped reoxygenate her body using an external lung machine and brought her back.

Elizabeth refused to be beaten, and two years later she was again selected to compete for the U.S. team at the 2016 Orlando Invictus Games. This is where I first met her, and heard from her how she had stayed motivated, not only fighting back to health, but fighting back to the level of an elite sportswoman. Because of her injuries, the effort that she expends in the pool leaves her disorientated to the point of blindness, yet I watched her go on to win four gold medals during that week. Elizabeth certainly doesn't want sympathy; she considers herself unbelievably lucky to have been given another chance in life and to be part of a military family that continues to inspire her to be as good as she can be.

After winning her fourth medal, she asked me to return it to the team at Papworth Hospital, whom she credits with saving her life. This was a hugely inspirational and defining moment for the Games, and I was delighted to do this when I got back to London. To see her then win gold in Rio was incredible. Through her achievement, Elizabeth has inspired thousands of people and hugely deserves her place among the espnW IMPACT25.

• The things she carries Story »