"Miller won seven Olympic and nine world championship medals during her career. In 1996, she helped the U.S. team win its first Olympic gold medal ever in women's gymnastics." 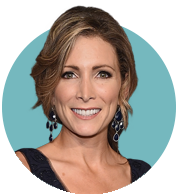 As a young gymnast growing up in Oklahoma in the 1980s, I had one idol: Mary Lou Retton, who vaulted her way to victory at the 1984 Olympic Games in Los Angeles. Mary Lou was peppy, compact and full of explosive power. As a gymnast I was nothing like her. All the same, I was determined to carry on her legacy: to go out and achieve excellence at every single competition, no matter what the circumstances.

Mary Lou's accomplishments followed me and my future Olympic teammates to dream throughout our childhoods, and they accompanied us as we marched into the Georgia Dome for our own Olympic moment when we won gold in July of 1996.

Fast forward 20 years, and the Final Five -- Simone Biles, Aly Raisman, Gabrielle Douglas, Madison Kocian and Laurie Hernandez -- are the undisputed queens of gymnastics. You can't really compare the victories: My teammates and I won Olympic gold by eight-tenths of a point in a close duel with the Russians. The Final Five stormed the Rio Olympic Arena and landed eight whole points above the nearest competition (still Russia). They are that good.

No one word does this team justice, but when I think about it I keep coming back to the word "strong." All gymnasts are physically strong, and behind every flawless routine is half a lifetime of work. But the mental strength displayed by these five young women surpasses age, natural talent, and even the assurance that springs from outstanding past results.

It was an open secret that the American women were going to win the team gold medal in Rio, barring a stranger-than-fiction catastrophe. It was so clear they were the best that they didn't even need to do everything they were capable of to lock down that medal. They could have chosen to simplify their routines. To play it safe. To protect the gold. They could have accepted winning by seven points, or six, or five -- and it still would have been glorious.

But they refused to go easy. They gave everything they had, performing to the maximum of their abilities. And they executed flawlessly, turning in the most dominant performance of any women's gymnastics team ever.

We say it's easier to be the hunter than the hunted. I always felt it was simpler to be the underdog, because when there are no expectations, whatever you do is going to be great. But when you're the team that's supposed to win -- when you've been splashed across the media and everyone is saying that you can't possibly lose this -- it can throw you off balance. What I love about the Final Five is that each of these young women was actually able to thrive on that pressure. They understood that they were walking in as the best and they were determined to maintain that. To be able to cross the finish line, to fight for every tenth of a point as though everything were riding on it, is as hard as most of the gymnastics they did so well in Rio.

What better example could be set for all the little girls who were glued to their TV or computer screens watching them this summer? What more could we ask for in role models for our daughters, the next generation of Simones, Alys, Gabbys, Madisons and Lauries?

More on the Final Five

• They are the greatest! U.S. are best women's gymnastics team ever Story »