The 10th annual espnW: Women + Sports Summit brings together a unique group of industry influencers, athletes and all-around badass women and men who'd like to lead the charge for new opportunities for women in sports. Here's what's going on this year:

(All times are Pacific)

From the Summit today:

Katelyn Ohashi on avoiding the burnout and separating identity from sport

How to thrive in a male-dominated industry, as told by those who know best

Hailie Deegan and Brittney Zamora on breaking barriers in motorsports

They've got next: Rising stars we met at the espnW Women + Sports Summit

9:30am: The V Foundation with Susan Braun

9:45am: Voices of The Future with Azzi Fudd, Jordyn Barratt and Bubba Nickles, with Julie Foudy

More on these up-and-coming stars:

Bubba Nickles and the UCLA softball team: We want a national championship

10:30am: Unapologetic: The Undefeated Panel on the Black Female Athlete with Michelle Carter, Sharon Matthews & A'ja Wilson, with Maria Taylor

"I know when I walk into a room, I'm going to be judged by appearance alone. I don't even have to open up my mouth. But then knowing that when I open up my mouth, people are going to have these assumptions about me." -- Michelle Carter, Olympic gold medalist in shot put

"I had to learn how to switch it on and off. I didn't realize until I got older, until I got into high school, that I didn't have to switch it up who I was and where I came from and who I am just because I'm trying to fit in with my friends at school... I was born into this. This is who I am, and there's no need for me to change." -- A'Ja Wilson, WNBA player

More on these awesome athletes:

Writer DeLana Dameron: What Michelle Carter's victory meant to me

Fencer Ibtihaj Muhammad on battling depression and her American dream

12pm: espnW Top 10 Plays of the Year video and the espnW Summit Conclusions

Check out the espnW top 10 plays of the year from the 2019 espnW: Women + Sports Summit.

Check out Day 3 of the espnW: Women + Sports Summit.

"I got to develop champions in life, through the sport of gymnastics. I knew if I did that job well, and developed the whole person, not just the athlete ... I knew it would transcend to competition. And I'm so thrilled that it did." -- UCLA gymnastics' former head coach Val Kondos Field

More on these gymnastics legends:

Katelyn Ohashi: 'I wanted to bring the joy back to gymnastics'

10:10am: The Value of College Athletes: To Pay or Not to Pay with Senator Nancy Skinner, Jay Bilas & Andy Schwarz, with Sarah Spain

"To me it's like a house of mirrors. When the male-dominated sports establishment - whether it's media, colleges, pro, what have you - is only focused on promoting the men, we can't really say, 'Well, the public doesn't really like women's sports as much.' Until we have equally promoted women's sports, that's the only time we'll really know it. Title IX has not done that yet. SB206 gives the women the ability not only to promote themselves, but by virtue of that, promote their sport. And maybe bust through this." -- Nancy Skinner, California State Senator

From the summit: Nneka Ogwumike on WNBA misconceptions and salary transparency

"There were all of these young girls that are coming to us and saying, 'I want to do what you do one day.' And you look at them back in the eye and said: 'No, I don't want you to be treated like this. We can do something above that. We had to change that.'" -- Kendall Coyne Schofield, NWHL player

"I've had experiences, mostly with men, who come up to me and ask: 'Well it's not fun to watch' or 'You guys should lower the rims.' And I just don't understand why you want us to change in a way that will completely alter who we are and how we play, only for you to continue to not watch us. We're here to be who we are for the people who appreciate us for that." -- Nneka Ogwumike, WNBA player

"It's about filling the pipeline from the bottom so that in 20 years ... we have built a point of intersection into this company and this industry to give many more opportunities." -- Casey Wasserman, Chairman, CEO & Founder, Wasserman Media Group

Hailie Deegan and Brittney Zamora on breaking barriers in motorsports

Phenom, trailblazer and 'first': Stock car driver Hailie Deegan is working hard to live up to her own hype

7:15pm: espnW's Be Honest with Cari Champion with Robin Roberts

"I think as women, I think we're taught to be overly self-critical. So I try not to think of myself, 'That was a failure,' on a regular basis, but acknowledge it's just part of the ups and down of business. That helps me, because I think we can be way, way too self-critical, and I think we've been socialized that way." -- Christy Hedgpeth: Chief Operating Officer, WNBA

"The grass is brown everywhere but where you water it." -- Jill Abbott: Head of Consumer and Athlete Engagement, Gatorade

"In my sport, I want everybody to want to better than me. I want everyone to up their intensity, up their game, because none of us ever get any better if we're the best." -- Becky Lynch, WWE wrestler

"You have to believe that it's possible and you have to put that work in. For me, it's years of not only trying to prove people wrong but for myself. Proving myself wrong, proving that I belong and I earned this and I worked for it and I want it, and I deserve it." -- Shelly-Ann Fraser-Pryce, track and field sprinter

"That's why I'm a big believer that your darkest moments are what's going to show you the light and show you the way you want to go, and teach you everything about yourself. We all live. We all go through everything. Everyone has a different story. Everyone feels things differently. So we just have to support each other." -- Liz Cambage, WNBA player

Thank You To Our Partners 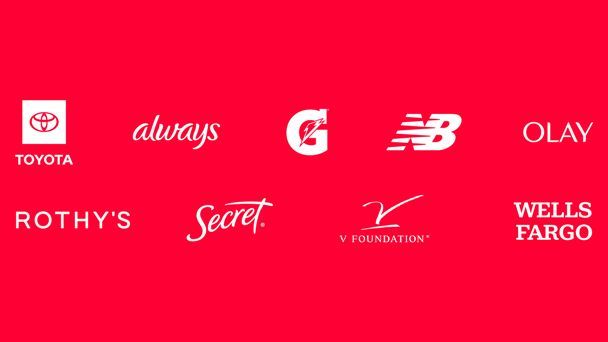 More on our partners

More on a few of the awesome athletes featured:

More on Noor Dajani of the GSMP program:

7:35pm: espnW's Be Honest with Cari Champion with Ella Mai

The 10th annual #espnWsummit is underway!

"It's funny because I used to get this question all the time, when the song started. 'Oh, are you boo'd up? I had the whole world boo'd up and I had been single. But you can just catch the vibe and be boo'd up with yourself. You're supposed to love yourself." -- Ella Mai