After coming oh-so-close in 2011, the United States is looking to break through in Canada.

The U.S. had a rough stretch in the months leading up to the start of World Cup qualifying. Shortly after the squad finished a disappointing seventh at the 2014 Algarve Cup, head coach Tom Sermanni was relieved of his duties and Jill Ellis was elevated to the post almost six weeks later. When the Americans hit the pitch again in the fall for the CONCACAF women's championship, they cruised in qualifying, winning their five games by a combined score of 21-0.

Abby Wambach's durability was key at the Women's World Cup four years ago. She was one of four Americans to play all 600 minutes and led the tourney with 29 shots. 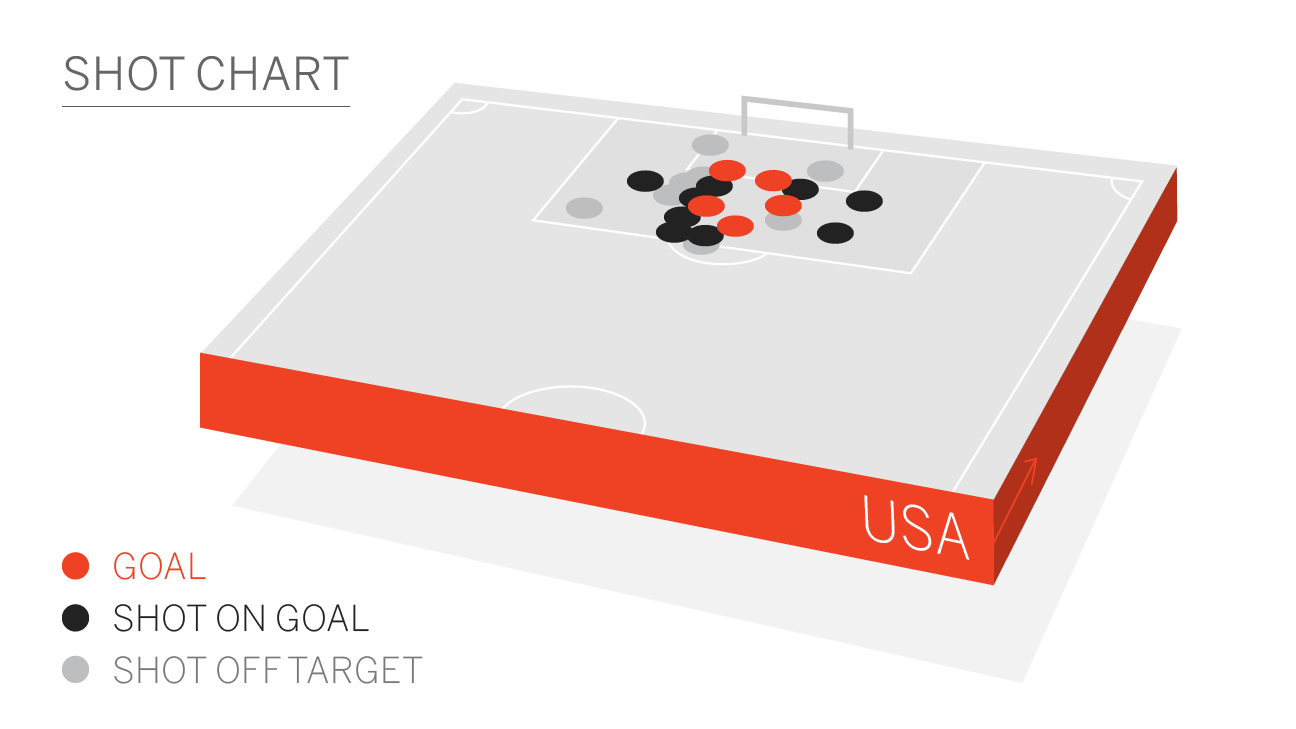 Once again, the U.S. team's strengths are athleticism, fitness, depth and an embarrassment of attacking riches. Megan Rapinoe, Carli Lloyd, Alex Morgan and all-time international scoring leader Abby Wambach are just a few of Ellis' options. The team also has an immense self-belief, as witnessed by its ability to pull out dramatic victories. The shootout win against Brazil in the 2011 World Cup quarters and the 4-3 extra-time victory versus Canada in the 2012 Olympic semifinals are among their more memorable matches. 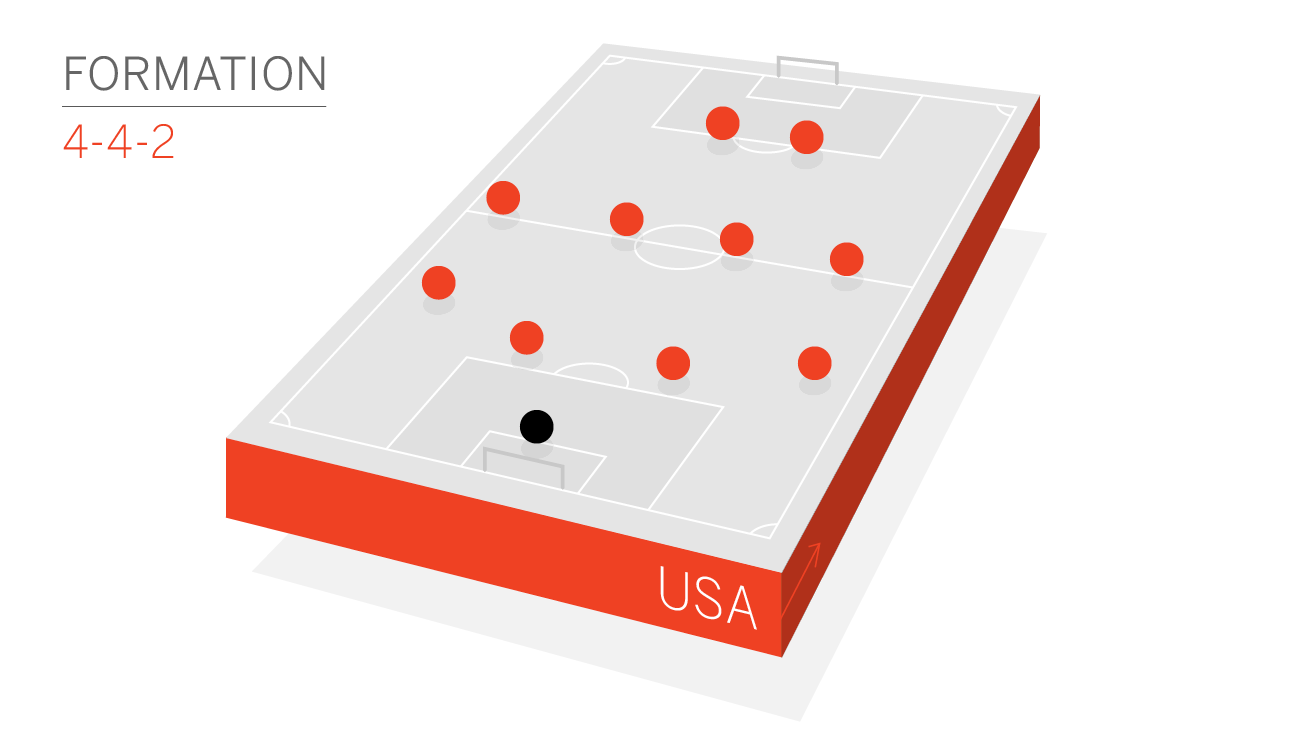 The United States has recently sorted out its back line. Christie Rampone is back for her fifth consecutive World Cup and continues to be a leader, but she has been fighting injuries and will likely be an option off the bench. Expect Julie Johnston and Becky Sauerbrunn to start as the center back duo, while Meghan Klingenberg and Ali Krieger look to have locked down the starting spots as outside backs. Still, there remains some imbalance in the midfield, where the lack of a pure ball winner was evident in friendly losses against Brazil and France within the past seven months. And then there's Hope Solo, who, aside from giving up a goal against Mexico in a May 17 friendly, has played well since returning from a month-long suspension and seems to be fitting in with the team even after her recent off-pitch controversies.

A look at how the United States has fared in previous tournaments: 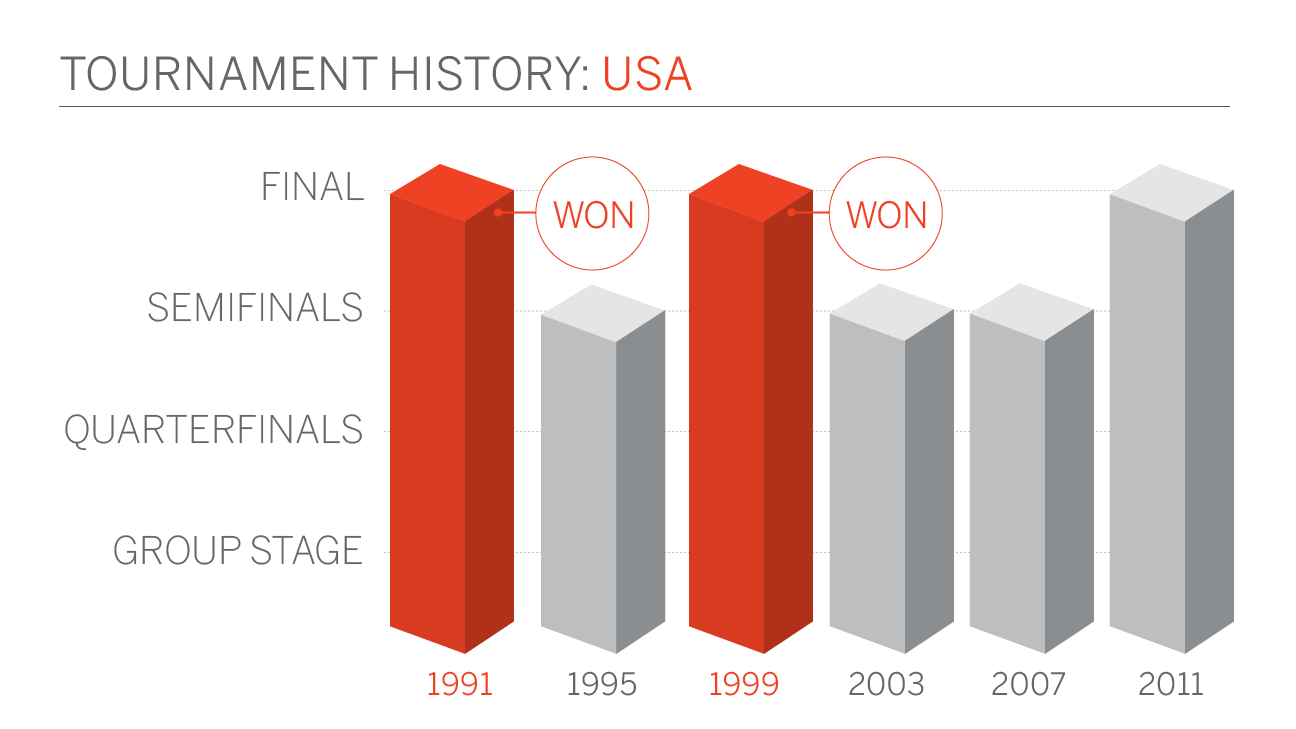 The USWNT's first two matches will be played at Winnipeg Stadium; the third will be held at BC Place Stadium in Vancouver:

The United States will finish second to Sweden in the group, which would put the American women on a tough road with less rest, but one I think they will navigate. It means possible matchups against Brazil in the round of 16 and Japan in the quarterfinals. Who wants it easy anyway? The USWNT's depth will become its greatest asset as it gets further into the tournament, when the extra round-of-16 game, plus the artificial turf, will start to take a toll on other top teams.