This is the tale of two teams.

Two fantasy teams. Both are currently in the first round of their respective playoffs. Both managed by yours truly.

(Why? Because it was a cosmically-poorly-timed strategy. Because I should have known the rule changes targeting too-freely-given and-1s and certain bearded oft-traded All-Star guards' comically contorted attempts at drawing contact were going to kneecap said strategy. But still...in terms of sheer watchability, I can't remember a better rule change in my fantasy career.)

Playoff Team #1 is a solid favorite to win it all (at least in this analyst's estimation).

It's the product of my best snake draft of the 2021-22 season. (Not to mention my luckiest. It was one of those dream snake drafts where I kept looking up to make sure I wasn't about to be struck down by lightning, a la Bishop Pickering in "Caddyshack.")

As of this writing, it's relatively injury-free. Stocked with players on non-tanking franchises...franchises with good reasons to play to win until the last game or two of the regular season.

It rosters one of two players who most outperformed their ADP this season (Miles Bridges). It rosters the rookie (Cade Cunningham) most likely to activate Bo Jackson-Tecmo Bowl mode down the stretch. And it rosters Trae Young (who's been in Bo Jackson mode for weeks.)

This team does not need to take any chances. It doesn't need to manufacture premium production. It doesn't need to run out and pick up a steady stream of high-risk/high-reward streamers off the wire. At this point, this squad only requires steady, unflappable fantasy management.

Playoff Team #1 does not fly too close to the sun. It looks down on hero basketball. When this team is faced with a formidable lineup decision, it will practice The Art of Low Variance. No highs and lows. Just predictable and steady.

If Player A is low-risk/medium reward and Player B is high-risk/high-reward? Player A will get the starting nod. (And by the way...the rebounding-usage rate strategy is tailor-made for The Art of Low Variance.)

If I could pick one player who personifies the Art of Low Variance circa 2022? I'd pick DeMar DeRozan (the other player to most outperform their ADP this season.) His high-usage, solid-rebounding campaign was triangulated and launched into the fantasy stratosphere by another stat...(ironically) free throws.

From game to game, night-in, night-out? No fantasy player produced fewer peaks and valleys than DeRozan. Relative to his ADP and career stat line? It's one of the great fantasy campaigns of the last few years.

I admit it's not very clickbaity to recommend you start DeMar DeRozan in the playoffs. I know my editor wants some sizzle. For me to crawl out on some analytic limbs. So to show I'm a company man, here are some less-obvious names currently excelling in the Art of Low Variance:

If Playoff Team #1 is a well-oiled Ferrari...Playoff Team #2 is a Yugo held together with twine and duct tape.

It's constructed to merely have a reasonable outside chance of putting it all together across a small sample size of games. If confronted with a formidable lineup decision...Playoff Team #2 goes pure upside. It swings for the fences.

The 2023 fantasy baseball season is here! Get the gang back together, or start a brand new tradition.
Join or start a league for free >>

Bey is the only NBA player capable of vaulting from Page 7 Player Rater production on a Tuesday to 51 points, ten 3s, nine rebounds, and three steals on a Thursday. (Also known as "your average 2022 NBA Florida Road Trip.") Bey is poised to become Generation Z's answer to Mikki Moore.

And if you're asking, "who's Mikki Moore?" My answer is "exactly."

Moore is a long-retired journeyman PF/C who admirably scrapped his way into a solid 14-year NBA career. Moore constantly bounced between the G-League, the CBA and the NBA. He played for nine NBA franchises....and earned 25 million dollars.

Over the final two months of the 2006-07 season, Mikki Moore stepped in for an injured Nenad Krstic and went on an out-of-the-blue, out-of-body statistical rampage with no fantasy NBA equal. (If you want to see some of this Mikki Moore, go to YouTube and search "Mikki Moore playoff career high.")

That season, Moore carried many an also-ran fantasy squad to playoff glory. This season, Bey could do the same. Or he could suddenly go back to being a third offensive option and be lucky to get to 13.0 PPG.

For other High-Variance pickups, look to other tanking teams. Teams most likely to rest their stars in favor of accruing ping-pong balls. Teams like the Portland Trail Blazers. The Oklahoma City Thunder.

And the Los Angeles Lakers. Because while the Lakers are on the mild upswing? They're a solid bet to post soap-operatic peaks and valleys for the duration. 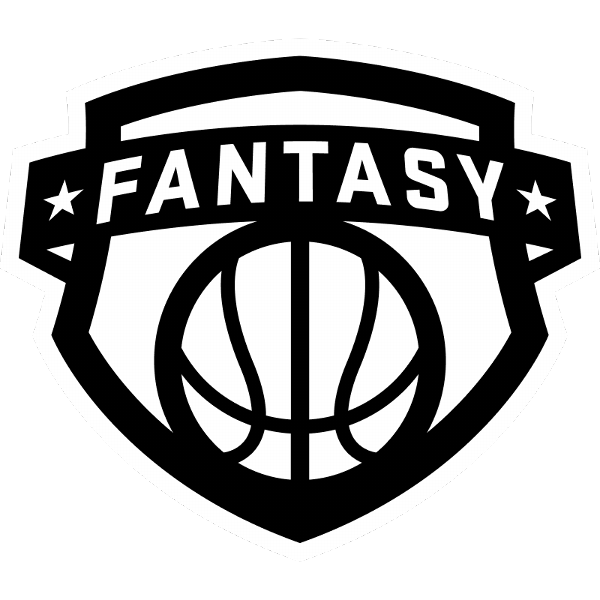 You can now select which round to keep players in your fantasy basketball keeper league drafts?

Aside from Bey, these are the current High-Variance All-Stars:

Again: these are break-glass adds. But if you're David looking up at Goliath...these are high-risk names that can help pull off the upset.