Kawhi Leonard is still recovering from the torn ACL that caused him to miss the entire 2021-22 season. He has only played in five of the Clippers' first 18 games this season, averaging only 22.4 MPG with three starts and two appearances off the bench.

The stated goal entering the season was for Leonard to operate on a minutes limit of around 20 MPG, then slowly ramp up to normal minutes as his health and wind got up to speed. Unfortunately, he started having soreness in his knee after game two and had to sit almost a month.

There's still time to play Fantasy Basketball this season! With leagues tipping off every Monday, it's the perfect time to get started. Create or join a league today.

Play for free! | "Not Too Late" draft guide

Now, he's back, and again in the starting lineup playing in the low-20s in terms of MPG as he re-starts the plan to work into shape.

The question for fantasy basketball managers that have rostered and held onto Leonard through the first month is this -- will it be worth the wait? If you hold on until he's back to full speed, what should you expect from him?

Let's project forward, with a quick review of the past.

Kawhi missed 73 games during the 2017-18 season after he tore his quadriceps tendon, analogous to him sitting last season. When Kawhi returned, these were his averages for the next three seasons:

Looking at those numbers, and those names, it's obvious that a healthy Leonard is a franchise player in both the NBA and fantasy basketball. In one league where I drafted Leonard, my friend Kyle called Kawhi "a potential league winner" as a third-round pick... and those numbers/names are why.

Everyone would hold out for that type of upside, right?

Then why, when recently asked about the fantasy draft pick I most regret this season, did I say choose that same third-round pick of Kawhi?

A couple of reasons. First, there has been a cost to not having Leonard available/himself for the first month of the season. The War Room league where I roster him is a daily transaction H2H points league, and we've played five games so far. My team, which I share with my co-manager Stephania, is 0-5... by far the worst team I've got across all my leagues.

There were other games where a healthy Kawhi may have made us competitive enough to snag another victory or two, but at the very least an even moderately-below-average Kawhi would've been good for two additional victories and have us right in the mix of the league a month in. Instead, that team is already in crisis mode.

So, yes, when I look at what my one Kawhi team has been so far, and what it could have been, I regret passing on players like Donovan Mitchell in that league... so far. But, the premise of this article, is, what can we expect from Kawhi moving forward once he gets his legs fully under him? So, let's return to his per-game averages for the last three seasons, but add another key line:

See, even when Leonard was as healthy as he could be over the last three seasons, he's still missed almost exactly one out of every four games. Most of that was due to load management, as he planned to not play in both halves of back-to-backs in addition to taking scheduled load management days.

It seems exceedingly likely that, even when he's fully up to speed this season, he'll continue at that play-75%-of-games pace.

If you have Leonard on your team, and you're in a league with weekly roster management transactions, that translates to a purely 75% rate for him. While 47.2 FP/G would be 14th in the NBA, 75% of 47.2 FP -- or 35.4 FP -- would tie with Andrew Wiggins for 50th in the NBA. Still an impact guy, but not quite as exciting as waiting for a Morant/Booker-sized impact.

In daily transaction leagues, Leonard is more valuable than that, because you could in theory have other players on your roster to substitute for him in some of the games he misses. Not all of them... for example, if he misses on a sparse NBA day, you likely can't replace him that day.

Zach Lowe on the NBA 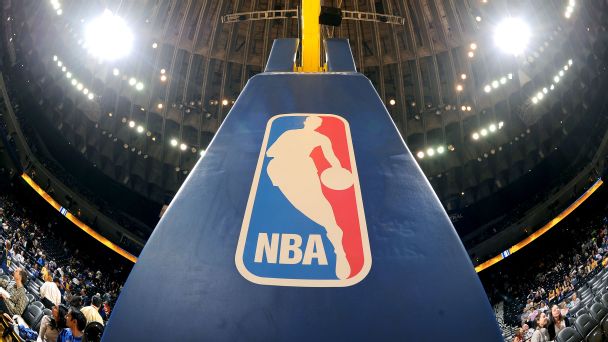 But, if it's a busy schedule, like on many Mondays, Wednesdays or Fridays, you might replace Kawhi's 47ish fantasy points with a player capable of giving you 25 or 30 fantasy points. Still not ideal, but maybe closer to 88% Kawhi instead of 75%... or about 41.5 FP/G on average.

This would put him at 25th in the league, right there with Fred VanVleet, just behind Bradley Beal and just ahead of Domantas Sabonis. Those are still very exciting names, and a big fantasy impact. But...remember, Kawhi's absence may have already cost your team multiple wins in a season where every win counts.

In those scenarios, is even a VanVleet-sized impact enough to get your team back into an eventual playoffs race? Your mileage may vary.

Bottom line, if you drafted Kawhi Leonard on your fantasy basketball team and held onto him, you've paid some serious equity already and are really looking to the potential payoff of rostering one of the best players in the NBA.

Just keep in mind that even though his per-game stats are more than elite, he's very likely to miss one out of every four games moving forward even assuming as close to full health as possible. There's also the risk of re-injury to consider.

So, my advice is to wait and hope that he reaches full-Kawhi mode in the near future. If-and-when he does, enjoy it and make as big a deal about it with your fellow league mates as possible.

Only, don't style it like you're trying to trade him. Instead, play it like you're talking trash. If you win a close matchup with a Kawhi big game or two putting your team over the top, talk mad junk to your opponent about how much of a genius you were to hold onto him during his injury recovery.

Do the same every time he drops a 40-point game or hits the game winning shot that tops the SportsCenter Top 10. Keep Kawhi's name out there in the most positive vein possible. Then, trade him immediately, as soon as you're able to quietly negotiate a deal worth his 47.2 FP/G healthy average as opposed to his 75% rate.

That's what I'd do... you know, if I weren't saying this publicly where all 13 of my ESPN-employed War Room league mates could read it.