It's trade season in the NHL, and with the flurry of activity at the NHL trade deadline, ESPN has the instant fantasy hockey reaction to guide what to expect from these old faces in their new places.

Keep it locked on this page, as it will update in real time as more trades become official. To keep track of who is still on the board and the terms of all deals that have been made so far, check out the NHL Trade Tracker as well as trade grades.

Minnesota Wild get Marc-Andre Fleury from the Chicago Blackhawks: Fantasy managers loyal to Cam Talbot -- while Kaapo Kahkonen heads to San Jose -- aren't going to love this trade. Minnesota isn't acquiring the three-time Stanley Cup Champion, and reigning Vezina Trophy winner, only to lean on him every third game or so. Talbot, who's been fairly solid of late, is bound to see his playing time cut significantly. While Fleury, rostered in 80% of ESPN.com leagues, stands to improve on his average of 2.0 fantasy points/game in leaving a non-playoff squad for a legitimate contender.

Florida Panthers acquire Claude Giroux from the Philadelphia Flyers: The logical first fit to try for the Panthers' overkill acquisition is on the top line with Aleksander Barkov. The second line with Jonathan Huberdeau, Anthony Duclair and Sam Bennett has a groove going, while room can be made next to Barkov by moving Maxim Mamin down the depth chart. Regardless, this is nothing but good news for Giroux, who is now a key piece of a powerhouse offense instead of bumbling around to the tune of 1.6 fantasy points per game with the Flyers. This will now doubt elevate Giroux's output, as Barkov is a fantasy kingmaker. Carter Verhaeghe might be the only fantasy free agent you can target from the Panthers that gets elevated by this deal. He likely has first dibs on filling out the top line with Barkov and Giroux, and is available in just under 50 percent of ESPN leagues. Surely Giroux also gets time on the top power-play unit, but whether that comes at the expense of Duclair or Sam Reinhart is less clear.

Toronto Maple Leafs acquire Mark Giordano and Colin Blackwell from the Seattle Kraken: This much-rumored trade has come to fruition to give the Leafs another veteran to solidify the blue line. Giordano has averaged better than 2.0 fantasy points per game in each of the past six seasons before seeing his output fade to 1.8 with the expansion Kraken. This will be a comfortable spot for Giordano, who gets to pair up with his longtime partner T.J. Brodie (who helped Giordano to the Norris Trophy in 2018-19). While Giordano probably doesn't supplant Morgan Rielly on the top power-play unit, he doesn't necessarily need to; Giordano still pushed past 2.0 fantasy points per game last season even though Rasmus Andersson had more power-play minutes. The improved environment alone should be enough to get Giordano back to being a fantasy regular.

Blackwell is a long shot for any value, but he did play 200 minutes with Ryan Strome and Artemi Panarin last season with the New York Rangers. The trio had 12 goals together (and only six against), so Blackwell has some upside if pushed into a top-six role.

Why Rickard Rakell fits perfectly with the Penguins

John Tortorella and Ryan Callahan break down Rickard Rakell going from the Ducks to the Penguins.

Carolina Hurricanes get Max Domi from the Columbus Blue Jackets: As a fantasy asset, Domi carries a little more heft with the Hurricanes than he did in Columbus, especially if he can crack the power play. But improving on an average of 1.1 fantasy points/game can't be considered that impressive of a feat. Otherwise a role on the third line, which feels most likely, could translate into a minor boost in even-strength production. Acquired to provide a bit of sandpaper ahead of a playoff push, Domi could also pay out richer fantasy dividends in the PIM department. Managers already attached to the former 72-point skater (Montreal 2018-19) may as well see how it plays out, particularly at the start when making an excited first impression is paramount. But, unless utterly desperate at the forward position in deeper leagues, there are likely more promising options available. At least until we see where the first-rounder (2013) actually lines up.

Boston Bruins get Hampus Lindholm from the Anaheim Ducks: Charlie McAvoy has found his new defensive partner for the foreseeable future, and it's a good one. A defensive stalwart who can manage the power play when he has to, Lindholm should push McAvoy's fantasy value up to the next level. Already a top-20 defensemen for fantasy this season, McAvoy could push toward the top-12. Lindholm has never been a solid fantasy play on his own, topping out at 1.7 fantasy points per game in 2017-18, but he'll make McAvoy better and he'll make life even easier than it already is for Jeremy Swayman.

Pittsburgh Penguins get Rickard Rakell from the Anaheim Ducks: If Rakell can score on a line with rookie Trevor Zegras and Sonny Milano -- which he has done regularly enough this year -- the veteran winger can certainly manage to put up some points alongside either Evgeni Malkin or Sidney Crosby. And Pittsburgh didn't send a multi-piece package Anaheim's way to tuck Rakell within their bottom-six. A spot on the Penguins' power play is essentially guaranteed as well. Rostered in only 10.4% of ESPN.com fantasy leagues, the former 34-goal/35-assist contributor is due for a serious upswing to wrap up 2021-22.

New York Rangers get Andrew Copp from the Winnipeg Jets: The versatile forward relinquishes his recent spot on the Jets' third line for a potential role among the Rangers' top-six. If New York is willing to offer fresh Florida export Frank Vatrano a whirl on Artemi Panarin's unit, they're likely to shoot Copp a similar opportunity; the Rangers have had issues on the wing within their top-six all season long. If able to take proper advantage of such a rich opportunity, assuming it is on offer, Copp could once again produce at a near point/game pace, like earlier this season. And the 27-year-old is rostered in only two-thirds of ESPN.com fantasy leagues.

Philadelphia Flyers acquire Owen Tippett: Tippett is the Flyers return for the rental of their longtime captain. Tippett has potential as a scoring winger with the right linemates, but this isn't the time or place for him to blossom. The Flyers are playing out the year without center Sean Couturier. With 33 points in 94 games across two seasons with the Panthers, I'm not sure there's a market to stash Tippett in even the deepest of dynasty formats, as his breakout doesn't appear imminent. We can revisit Tippett for fantasy before next season when we see what the Flyers do in the offseason.

Ottawa Senators acquire Travis Hamonic from the Vancouver Canucks: There are a couple of subtle fantasy implications here, mostly driven by the fact that Hamonic is one of 26 defensemen averaging 2.0 fantasy points per game or better this season. Hamonic has only played 23 games, so there isn't a lot of season-long value there, but the per-minute value shouldn't be ignored completely. Hamonic has a chance to continue driving spot-start value with the Senators, who lost Thomas Chabot and his 26 minutes per game for the rest of the season. If Hamonic starts getting 20-plus minutes to keep hitting and blocking shots, there might be some continued value here. 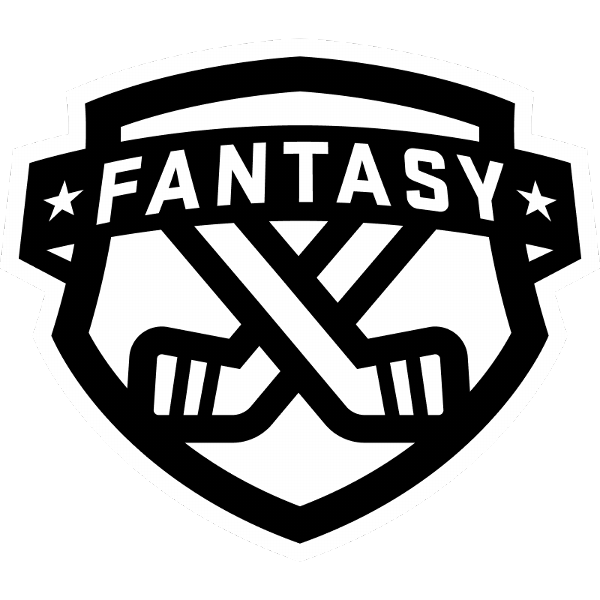 You can now select which round to keep players in your fantasy hockey keeper league drafts?

Vancouver Canucks acquire Travis Dermott from the Toronto Maple Leafs: On the other side, Dermott should replace Hamonic on the Canucks third pairing, but probably can't replicate Hamonic's per-game stats here.

Tampa Bay Lightning get Brandon Hagel from the Chicago Blackhawks: We'll have to wait and see if Hagel can push out some of the Lightning's top-six regulars, but he's a fantastic insurance policy for any injury on the wings going forward. In his Lightning debut, he did not get a scoring-line role over Alex Killorn, Anthony Cirelli or Ondrej Palat. But Hagel has been sniping this season, with 21 goals and a regular role on the Hawks power play. He's not someone to jump on for fantasy production in this new spot, but if you see him start to edge up the depth chart -- particularly replacing Killorn on the top power play -- then Hagel could have some value down the stretch.