Now we know why Bob Dylan, the man who so eloquently articulated the anger and anxiety of the '60s generation, was able to write such painfully insightful lyrics: He's a golfer. Who else would understand the grand aspirations and pitiful sufferings of the human soul better than one who has tested his mettle on a golf course? We might never know how many roads a man must walk down before you call him a man -- but at least now we know he is wearing soft spikes.

Although I will not buy into the Dylan-as-golfer scenario totally until I have visual proof, the latest indication that he might play came when it was revealed recently he purchased the Aultmore House estate in the Scottish highlands between Inverness and Aberdeen. The 10-bedroom manor is in the village of Nethy Bridge, not far from Boat of Garten, snuggled nicely on the River Spey. And yes, there is a nine-hole golf course nearby. 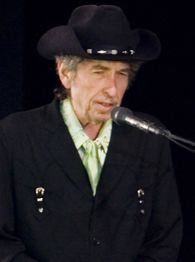 Just the phrase "Dylan the Golfer" sounds like a Highlands character, doesn't it? Like Morgan the Goat, who was actually Welsh, as was Dylan Thomas, from whom Robert Allen Zimmerman borrowed his name. But the rumors of Dylan on the links are sort of like sightings of the Loch Ness monster: They exist but have yet to be proven. In fact, when Golf Digest placed Dylan No. 63 on its list of top 100 musician golfers, saying he was a 17-handicap, the magazine included an asterisk and a note imploring, "If you've seen him play lately, call us."

Dylan, who is 65, lives near Malibu, but USGA records show no one with that name has a handicap in the state of California. However, there is a Robert Zimmerman who is a 17.1 and a Bob Zimmerman who sports a 22.8. But I'm guessing that even if Zimmy does play, he's not posting scores. (Doesn't seem like the member-guest type to me.) Still, flimsier arguments built on less compelling circumstantial evidence have swayed the minds of juries. Let's see what we have here.

Dylan and his brother, David, have purchased Aultmore House for $4.3 million under the family name of Zimmerman in Scotland, the home of golf. The reclusive Dylan has accepted only two honorary degrees in his life, one from Princeton in 1970 and the other -- what do you know? -- from the University of St. Andrews in 2004. And when he wrote the lyric, "Because something is happening here but you don't know what it is. Do you, Mister Jones?" who among us doubts that he was referring to Wee Bobby?

If Dylan does in fact have a golf jones, there is the nearby Abernethy GC, a nine-hole track built in 1893, a few years before Dylan's new manor was constructed. It measures 2,534 yards and plays to a par of 33 from the back tees. And if Dylan is tapped out from the expense of his purchase, the good news is a full membership costs about $200 a year with no initiation fee -- actually, he qualifies for the $160 senior rate -- after being approved by the committee, of course.

Should Dylan get turned down at Abernethy, or if he wants a little bit more of a challenge, he can just jump on the A9 and head a little farther north to Royal Dornoch, the Old Tom Morris design built in 1877 that boasts among its past greenkeepers a guy named Donald Ross. Dylan had better keep his eye on The Weather Channel, however, because Scotland is a land where a hard rain is known to fall, and that can only mean one thing: The tee times will be a changin'.