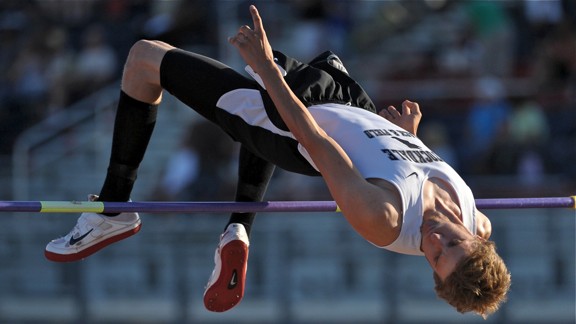 Stockdale's Evan Eggenberg negotiates the crossbar at the
South Yosemite Area Finals. The senior won with a seasonal-best 6-08.00. Kirby Lee, Image of Sport 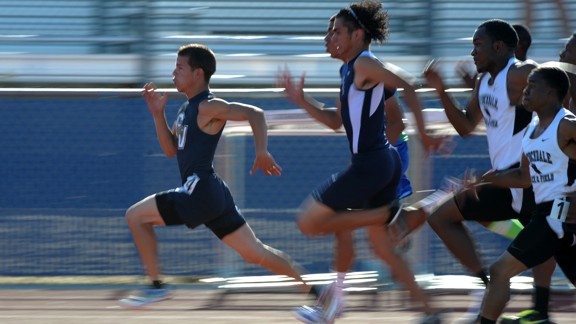 Golden Valley's Luis Matos peels away from the field to win the 100-meter dash.
Matos completed the dash sweep by returning to win the 200m as well. Kirby Lee, Image of Sport

Matos, hampered by iliotibial band (IT) syndrome issues in recent weeks, impressively purred away from the field in the 100m to win in 10.80, shearing one-hundredth of a second off his previous best. The deuce was a much tougher assignment, rallying in the final meters to swoop ahead of Centennial's Thomas Grimes, 21.89 to 22.05.
Matos said he prefers competing in the 100 over the 200 because the shorter race means less room for error and he likes his chances when it comes down to trying to run a clean race while exposing and flaws of opponents….
Ridgeview's Ivan Gonzalez sure turned in another impressive showing. The 11th grade convert from soccer won the area title with a fine 58.4-58.0 negative-split performance and remains the section leader with his 1:55.10 showing at the West Coast Relays. As his sharpening fitness and racing experience improve, look for additional breakthroughs in the near future. 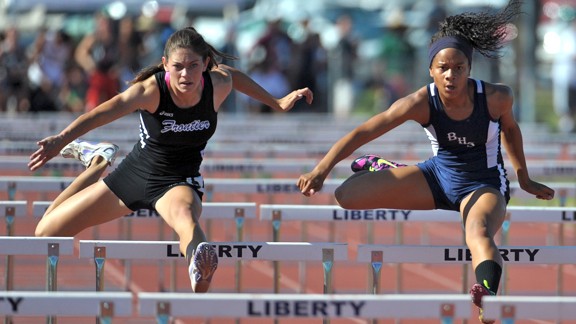