The loss of Zack Greinke -- along with questions in the bullpen and an offense that was inconsistent last season -- has the Dodgers ranked outside of the upper-echelon of clubs. In Greinke's three seasons in Los Angeles, the Dodgers made the playoffs each time, the longest run in club history. Time will tell if Clayton Kershaw has enough rotation help this year. After backing out of a deal to acquire Aroldis Chapman, the bullpen is now loaded with homegrown talent, led by closer Kenley Jansen. The offense is a mix of veterans and kids, with only a select few including Yasiel Puig and Yasmani Grandal somewhere in between. 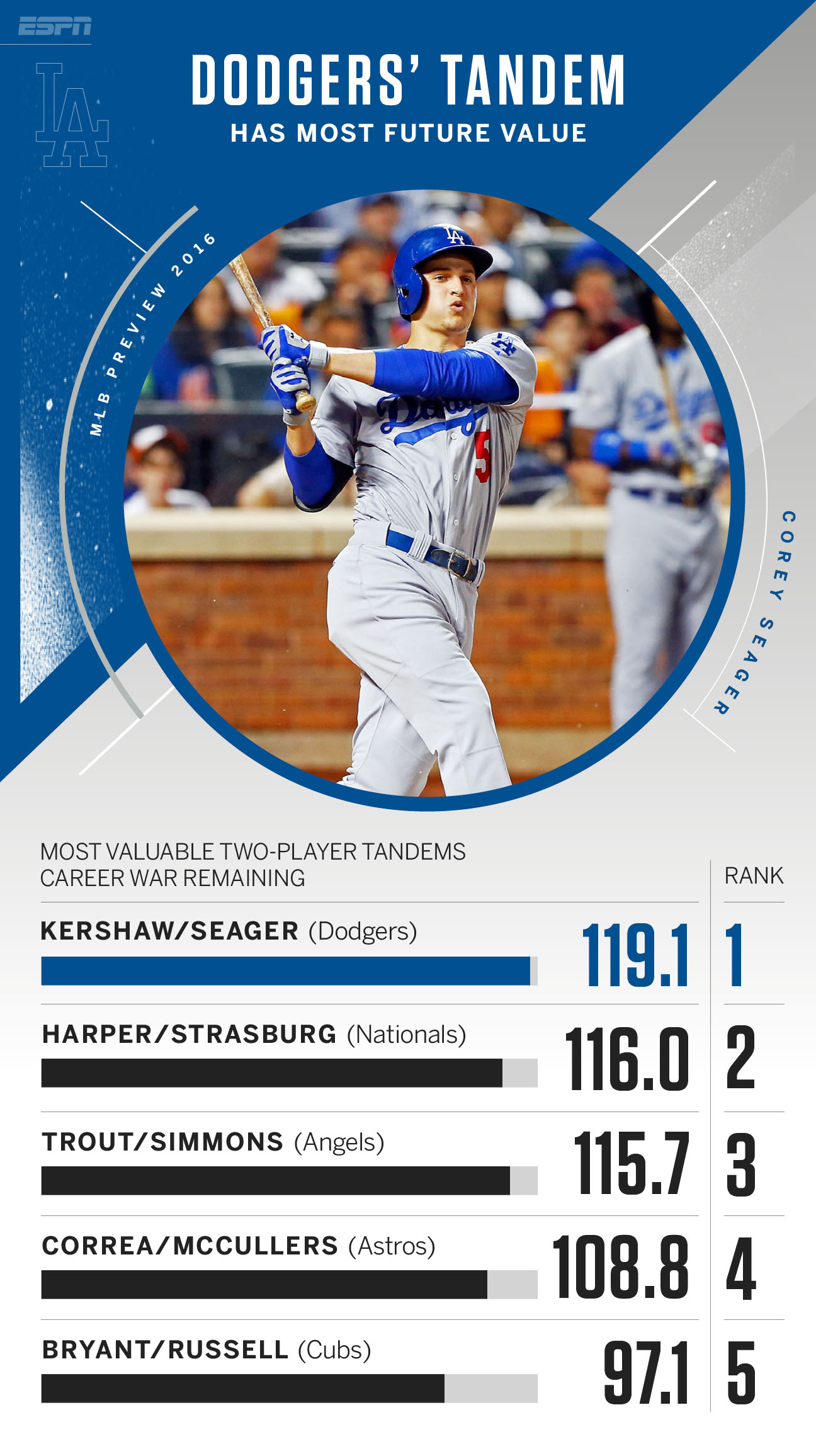 With Clayton Kershaw and Corey Seager in the fold, the future looks good in Los Angeles. The two players project to be baseball's best tandem over the remainder of their careers. -- ESPN.com (graphic from Dan Szymborski)

Say what you want about who the Dodgers lost this past offseason, but Kershaw remains to anchor the rotation. Youngsters Joc Pederson and Corey Seager will have to make key contributions -- both ooze talent, and Pederson figures to have learned from his rough second half last year. The defense needs to be solid behind the remodeled rotation, and new manager Dave Roberts supplies a burst of energy in place of Don Mattingly, who appeared weary of the stress and strains the Dodgers' job provided.

Newcomer Kenta Maeda has proved himself in Japan in impressive fashion, but as the rotation's only projected right-hander, anything less than a smooth transition to a new home and league could be costly. The bullpen has some impressive young arms, but a lack of improvement from last year's up-and-down results will hurt. Sure the Dodgers added depth and versatility this winter, but if the injury bug returns, they aren't likely to match last year's win total of 92. 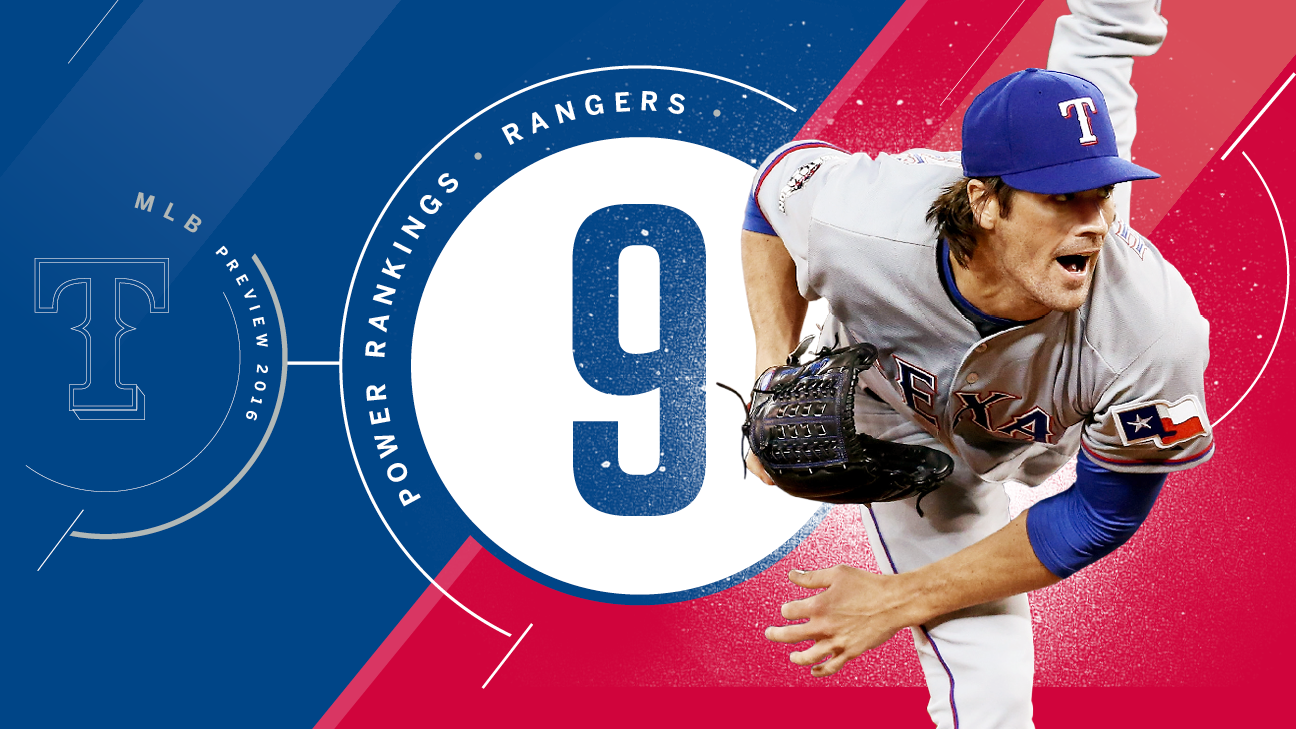