When University of Wyoming athletic director Tom Burman made the decision to cut men's basketball coach Steve McClain loose with three years remaining on his contract, the financial impact put the school at risk for any future contractual demands until the funds could be replaced.

And that's the challenge facing universities as they make the tough call to sever ties with a coach with multiple years left on a contract. 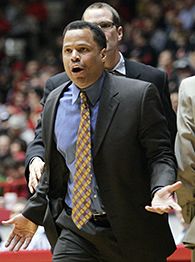 It happened quite often during the coaching carousel this spring. It happened three times in the Mountain West Conference alone.

"It's a challenge and it's hard to swallow," Burman said. "We had to use money [from a foundation] and that will have to be made up through money donated and athletic department revenue."

Burman said the Cowboys owed McClain $380,000 in salary, but once vacation and incentives (including speaking, coach's circle group speaking engagements and ticket revenues) kicked in, it was $500,000. McClain, who is now an assistant at Colorado, said the exact figure is $570,000.

Burman said the expense of firing a coach with multiple years left on his deal and then the hiring of a new staff, as well as paying off the previous assistants through the end of the current academic year (in this case April 30) and paying for vacation pay, can cost a school hundreds of thousands of dollars.

At New Mexico, the figure can be even higher.

Ritchie McKay was fired with three years left on his contract. But unlike McClain, McKay is getting payments that will add up to $580,000. McKay said his original contract stated that any salary after being fired would count against a new contract at a new school, but the school later rewrote the contract to remove that provision so as to not penalize McKay. So he gets his salary from UNM and Liberty.

"The good news for us was that it wasn't a lump sum," New Mexico athletic director Paul Krebs said. "There are quarterly payments for essentially a $190,000 a year impact to our budget. We've worked it into our budget.

"It's a concern and as we negotiate future contracts, we will have a greater sensitivity of any buyouts that might be in there. I don't want to throw dirt at Rudy [former UNM athletic director Rudy Davalos, who negotiated the McKay deal], but the contract wasn't in the best interest of the University of New Mexico."

"We've probably invested $600,000 in coaching salaries more than the previous staff," Krebs said. "Ticket sales and ad revenue were appreciably down, so we're trying to recoup those costs. There are always hidden costs in a coaching change, like moving expenses, search firms and travel, and I would put that at an additional $100,000.

"In our case, this taxes our budget and we have to be more mindful of the implications in future contracts. It's not as challenging as it could have been with a lump-sum buyout. With that, we would have really struggled. We spread this out over a three-year period and worked it into our budget, but it has been an issue in our campus community. The magnitude of the buyout raised some eyebrows at our institution, no question about it."

Technically, Ray Giacoletti resigned at Utah with four years remaining on his contract, although multiple sources say that he was nudged out the door. Utah athletic director Chris Hill said the Utes are paying Giacoletti $175,000 a year for the next four years.

"Having it spread out over four years allows us to work it in our regular budget," Hill said. "We'll generate additional money to pay for it over the next four years through fund-raising and ticket sales. There may be things in our budget that we save on. It could have been tougher."

St. Bonaventure got rid of Anthony Solomon with two years left. St. Bonaventure athletic director Steve Watson said the school is paying Solomon over a few years. Watson said donors stepped up and helped out and "that's how schools like ours do it." Watson wouldn't disclose the figure, and as a private institution it's common practice to keep it as a closed issue.

Dale Layer had only one year left on his deal at Colorado State, which like Utah, New Mexico and Wyoming are members of the Mountain West. So the Rams suffered a minimal hit, making a one-time payment of $200,000, according to athletic director Paul Kowalczyk.

"It just came out of our budget," Kowalczyk said.

Kowalczyk said the Rams are paying replacement Tim Miles (formerly of North Dakota State) double what they paid Layer. So ultimately, with all the coaching changes and contracts, Kowalczyk said the price tag could easily reach $500,000. 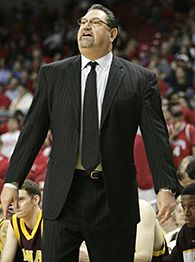 That's not an easy hit for programs outside of the six power conferences. Arkansas' paying Stan Heath $900,000 to go away -- which Heath said he didn't want to discuss when reached at his new job at South Florida -- or Michigan's paying Tommy Amaker $900,000 can't compare to the situations faced by some of these mid- to lower-level schools. Amaker, who signed on at Harvard, did say he got a lump sum and his new salary in the Ivy League isn't being held against his payment. (Michigan, by the way, didn't pay John Beilein's buyout at West Virginia, which was reduced from $2.5 million to $1.5 million. But that case is a buyout for a coach who left on his own accord, not one who was fired. Beilein is paying the buyout himself.)

But the biggest mid- or low-major buyout hit was probably taken by Iona. Jeff Ruland said Iona paid him $1.3 million to buy out his contract. Iona athletic director Patrick Lyons said he wouldn't comment on the amount or where the money was coming from to pay Ruland, who had two years left on his contract.

Illinois State, in a better financial position than Iona in a highly competitive and growing financial league in the Missouri Valley Conference, fired Porter Moser with three years remaining on his contract for a one-time payment of $510,000.

"It came from the athletic reserves," Illinois State athletic director Sheahon Zenger said. "It definitely impacts you for the next couple of years; your ability to pay your next coach becomes restricted."

Zenger isn't just referring to current salaries, but also any increases until the payment funds are built back up.

"It just means that salaries won't jump as fast as they might have done," Zenger said.

Illinois State hired Tim Jankovich, whose prior experience was as an assistant coach at Kansas, so he shouldn't have commanded a huge salary.

"We'll move forward, and it will hurt our current budget more than anything," Zenger said.

But at Illinois State, and most of these schools, the onus will be on basketball to make that money back.

"The basketball program will have to earn back the revenue," Zenger said. "We'll do our best, but it's more of a basketball revenue item."

There were other buyout situations, like at Saint Louis, and in every one of these moves, the financial hit was significant in its own way -- some immediate, some long-term.

"I can't speak for the other ADs or other institutions, but a decision like this, whether it's multiple years left or not, is gut-wrenching and heart-wrenching," Zenger said. "These decisions are not taken lightly. The number of years left on a contract just adds another layer of angst to the decision."