The deadline to withdraw from the June 28 NBA draft is Monday at 5 p.m. But Saturday and Sunday, maybe more than Monday, will be decision time for a number of key players who are still waffling about whether to return to school.

Georgetown coach John Thompson III told ESPN.com on Thursday that he is expecting to meet with Big East Player of the Year Jeff Green on Saturday, after Green talks with his family, to discuss his plans. 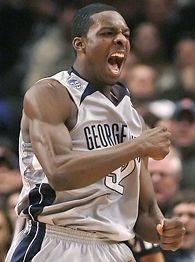 So you can see exactly what's at stake over the weekend.

Ten players are still on the fence after Utah State junior guard Jaycee Carroll, according to his coach Stew Morrill, withdrew from the draft Friday morning. Nevada's Ramon Sessions chose to stay in the draft late Friday, while his teammate, Marcelus Kemp, also decided to stay. Marquette guard Dominic James made coach Tom Crean happy be also deciding to stay in school on Sunday.

Oklahoma State junior guard JamesOn Curry went the other way, saying Sunday that he will stay in the draft. He could easily go undrafted.

Mike Conley Jr., Fr., G., Ohio State: Conley is staying in the draft but hadn't signed with his father, agent Mike Conley Sr., just in case there was an injury. So expect Conley to sign with him after Monday.

Daequan Cook, Fr., G, Ohio State: Cook is doing the same thing as his teammate and good friend, so expect Cook to be on the list of players staying in the draft. He said in Orlando that he was doing so. Ohio State expects both Conley and Cook to be gone.

Green worked out for Chicago, Milwaukee, Philadelphia and Boston at Georgetown. Sacramento, Minnesota and Charlotte are all waiting to work him out if he stays in the draft.

"He's very methodical, like his coach in that regard, and I think he's going to really think this through," Thompson said. 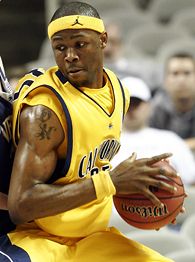 DeVon Hardin, Jr., C, Cal: Cal coach Ben Braun hopes to hear from Hardin over the weekend about his decision, but Hardin is certainly acting as if he's staying in the draft. And he may have a good case.

There is definite interest from New Jersey at No. 17 and Golden State at No. 18. If either team can assure Hardin that he's not going below them, he may stay in the draft. Hardin's original goal was top-20, and he may just have that within his reach at this point. Hardin was limited last season with injuries but has always been an NBA talent.

If he returns, the Bears have a shot to be a formidable foe in the Pac-10, with Hardin and Ryan Anderson as two of the top scoring forwards in the West. If he doesn't, a huge burden will be put on Anderson to produce with some likely double teams.

Spencer Hawes, Fr., C, Washington: There doesn't seem to be one NBA team that seriously believes Hawes will go back to Washington. But he has yet to give any real indication that he has made up his mind. He worked out in Minnesota, Chicago and Philadelphia and was scheduled to go to Sacramento, with Atlanta possibly on the docket after the Monday's deadline.

Boston caught a look at Hawes during the Sixers' workout this week. He is a lock for the lottery and likely wouldn't go below Philadelphia's pick at No. 12. If he can get that assurance and is comfortable with any of the previous stops, he'll likely stay in the draft.

If he returns to line up with Jon Brockman and Quincy Pondexter again, the Huskies should be a postseason team (they missed the NCAA and the NIT last season) and a thorn throughout the Pac-10. Hawes has a chance to move up in the draft next season but likely won't be a top-three pick. So he could move up a few spots by returning, but maybe not enough to make it worth his while.

Maureece Rice, Jr., George Washington: GW coach Karl Hobbs said Thursday that Rice is expected to send in his paperwork and withdraw from the draft.

Rice had worked out for the Washington Wizards but wasn't getting good vibes about being selected. So it makes sense to withdraw. Getting Rice back means the Colonials should be able to be a competitor in the Atlantic 10 once again.

"I'm not sure how good we'll be, but we'll be competitive," Hobbs said. 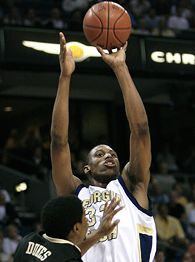 Charles Rhodes Jr., F, Mississippi State: Rhodes was never expected to be selected in the second round, let alone the first. So the expectation in Starkville throughout the process has been that Rhodes will return to school. Getting Rhodes back is critical for the Bulldogs if they want to be a contender for the SEC West title.

Sean Singletary, Jr., Virginia: Singletary isn't going in the first round; at least that's what NBA sources are telling ESPN.com. But he has a shot for the second, and that might be enough to stay in the draft. Singletary has been bopping around the country working out and is giving the indication that he's staying in the draft.

He would be returning to Charlottesville without his backcourt mate J.R. Reynolds, who finished his eligibility. If Singletary is gone, coach Dave Leitao has to rebuild the perimeter. With Singletary, Leitao has a shot at returning to the NCAAs since he would have one of the top point guards in the ACC, along with Boston College's Tyrese Rice and North Carolina's Tywon Lawson.

Jason Smith, Jr., Colorado State: Smith has received high marks during his workouts. He hasn't technically signed with an agent yet, but no one in the NBA expects him to be going back to CSU (and new coach Tim Miles). Smith could go in the top-20. Miles knew he likely was facing a rebuilding situation in Fort Collins, one that wouldn't include Smith.

Thaddeus Young, Fr., Georgia Tech: The word on Young is mixed; it depends on what day you speak with Young or Georgia Tech. So everyone will have to wait until Monday. Young's potential range is thought to be in the top 15-20, so if he feels comfortable that he would go in that range, he'll likely stay in the draft.

His departure, along with point guard Javaris Crittenton, would be a hit to the Yellow Jackets but not a fatal blow. There is enough talent remaining for the Yellow Jackets to compete for a postseason berth and a top-six ACC finish.