AKRON, Ohio -- The talk of the LeBron Skills Academy wasn't as much about the talent on the floor or LeBron James' daily cameos.

Nope. The countless high-major head coaches and assistants couldn't get over the larger-than-life banner of Bob Huggins that hangs over the Zips' home court.

The Scott Baio-like look of Huggs from the late 1980s had everyone giving him a hard time Sunday.

But here at Akron, where Huggs coached from 1984 to '89 and is a living legend, taking a few shots in jest is no problem. He considers Akron another home. As for his experience Friday in Cincinnati, where he was wearing his West Virginia colors in the house that he built on the UC campus, well that was another matter.

"It was just awkward being on campus," said Huggins, who has gone from being ousted at UC, to taking a year off, to being hailed as a hero in purple and black at Kansas State, to now heading back home to his alma mater at West Virginia.

"I hadn't been on campus since the seniors called me wanting to go to the West Virginia game and AK [then-interim head coach Andy Kennedy] wanted me to that last game," Huggins said of his cameo appearance for Cincinnati's regular-season finale in 2006. "It was awkward. I was here [at Akron], and I don't feel awkward here. They have always treated me very well here."

And now the towering Huggins, who is still a commanding presence wherever he goes, is settled in at Morgantown, where he played for three years.

"I'm back where I know everybody," Huggins said. "I loved Kansas State and the people on campus were as good a people as I've seen. But this is home and this is where I grew up and this is more me."

Huggins turned down the West Virginia job prior to the school's hiring John Beilein in 2002. So, in a rare instance, Huggins had a second chance to go back to his alma mater when Beilein went to Michigan this spring.

"You're fortunate if you get two chances," Huggins said. "I wasn't going to get another one."

The big question this season will be how the disciplined -- and at times you could argue -- restricted Mountaineers will handle playing for Huggins' looser, albeit potentially more pressure-oriented, system.

"They honestly don't know what they're getting into," Huggins said of the returning players who won the NIT last March. "They're looking forward to playing freer and faster."

In jest, Huggins did say that if his way doesn't work in a game when the Mountaineers are trailing, he could always have them play the way they did under Beilein --with their backdoor cuts -- for a spell. Still, Huggins isn't going to oversell this squad. Despite an NIT title, the Mountaineers lost, as Huggs said, two "very integral parts" in forward Frank Young and center Rob Summers.

"Young took 261 3s [actually 270 and he made 117] and that's a lot of 3s," Huggins said. "Rob Summers was a solid player. Darris Nichols is back and there are some players there [Alex Ruoff, Joe Alexander, Da'Sean Butler and Jamie Smalligan], and we'll see if there is enough."

More nuggets from Akron
• Dennis Felton doesn't like the new July recruiting system. The Georgia coach says there is something missing, some sort of pizzazz, a pop to start the July evaluation period.

Perhaps the competing camps the previous few years in Indianapolis (Nike), Teaneck, N.J., (Reebok) and suburban Atlanta (adidas) gave the summer scene that zing. At least they did for Felton.

"You knew there were the 200 best at one place and the 200 best at another," Felton said. "Now there are a lot of guys who are home. It didn't start off this year with a bang."

That's because, maybe, Sonny Vaccaro is out of the summer scene and with him, the ABCD camp is gone. Instead, Nike went individual instruction on everyone, which was the goal of many, by hosting four 20-player individual camps around the country and then convening the top 80 players in Akron this past weekend at the LeBron James Skills Academy. Meanwhile, adidas put its backing behind an AAU event at the University of Cincinnati called the It Takes 5ive Classic. Reebok created the RBK U team event in Philadelphia. A slew of recruits was still out at events in Denton, Texas, Indianapolis and New Jersey (the Eastern Invitational).

And that's why in Akron, more than any other place, there was a separation of classes among Division I schools. There were 154 coaches who checked into the event Saturday and Sunday. Of those 154, only two were non-Division I, and seven were from traditionally tabbed mid- or low-major schools: Pepperdine, Oral Roberts, Bradley, Buffalo, Cleveland State, Georgia State and Iona. If you want to take it up a tad, there were only a handful of coaches from non-BCS football conferences such as the Atlantic 10 (Duquesne, Xavier and Rhode Island), C-USA (UAB, Tulsa and Memphis), MWC (UNLV, Utah, New Mexico, Wyoming and BYU) and the WAC (Nevada and New Mexico State).

In years past, coaches from more of a cross-section of schools would go to the Nike camp in Indianapolis because they could also spend the day at the nearby Hoosier Shootout. So they could catch an elite player or two and still go back to players that might be more at their level.

Still, what was a coach like Scott Sutton of Oral Roberts doing at the LeBron James Skills Academy, only a few feet away from Billy Donovan, Rick Pitino, Mike Krzyzewski and Rick Barnes?

That one kid actually is Rotnei Clarke out of Claremore, Okla., whose father, Conley, was hired as the director of basketball operations at ORU.

Sutton said he had gone only once to the Nike All-American camp in Indianapolis and never to ABCD or adidas. Previously, he chose to spend his time in Denton, Texas, for the players that serve his needs.

Sutton, who is competing against Kentucky, Oklahoma, Kansas, New Mexico and Arizona State for Clarke, made the rare choice recently to stay at ORU instead of chasing more money at Wichita State (or possibly Creighton, had Dana Altman stayed with his decision to go to Arkansas).

"I'm not looking for the big money," Sutton said. "We've built something special here, and I'm loyal to the people that gave me a chance."

And that's why, in part, Sutton can stand next to his colleagues at an event like this after establishing a Summit League (formerly Mid-Continent) power. But Sutton also has that connection to Clarke. That's usually what brings most of these coaches from nonpower teams to this event, even if they are grossly outnumbered. New Mexico State coach Marvin Menzies, on the job for less than two weeks, is recruiting three or four players that he was working for Louisville but who didn't fit the Cardinals' needs. 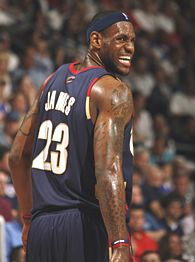 "It's all about relationships," said Menzies. "I sat next to big-time coaches as an assistant. So I'll sit there now. I don't have any fear."

Menzies has the right attitude as he long as he doesn't miss out on the players he can still land. The pressure is on him to continue what Reggie Theus did in two years at NMSU. The Aggies took a chance on Menzies. Theus laid the foundation of bringing in big-time talent, and now it's up to Menzies to continue the trend. And that is one of the reasons he's making sure he's around as much as possible during the first week of the evaluation period.

• NBA scouts were out in abundance at the LeBron James Skills Academy (and there was an NBA presence working the camp, too). But NBA scouts weren't allowed to watch the U-19 USA team practice in Dallas because there were players who haven't yet entered college. The new high school rules for scouts are that they can't watch any high school player unless it is in an official international event (the actual games), all-star games in the spring or in an official sanctioned camp setting like the LeBron camp.

• What's a clear benefit of winning two national titles? Well, you can start with a chartered jet on recruiting trips. Florida coach Billy Donovan and assistant Lewis Preston were able to fly back and forth between Cincinnati and Akron over the weekend, while plenty of other high-major coaches were schlepping across the state for nearly four hours in rental cars.

• LeBron James' presence was all over the camp. He watched the night session games and stayed after Sunday night for a lengthy long-distance shooting session with some friends as Michigan State's Drew Neitzel and Marquette's Wes Matthews watched.