You'll have to believe Eugene Harris when he says taking over at Florida A&M is the right opportunity for him.

The former Florida State standout is friendly with some former Rattlers, so he understands the nature of life in the MEAC. He is passionate enough about coaching to have spent almost two decades as an assistant before getting his own program but had enough perspective to walk away for several years to spend more time with his ailing parents before they died. He's OK with taking over a team that made the NCAA Tournament last season but now needs to rebuild -- and heal in the wake of former coach Mike Gillespie's dismissal after he was arrested for stalking a former girlfriend.

Right now, we're already two months behind everyone else.

Now, if only Harris could officially bring his assistant coaches on board, or have time to work with his players, or at least have them cleared for supervised workouts. Such is life for a coach hired on Sept. 20.

"It's been kind of tough because I haven't hired some staff yet because you have to advertise the positions," Harris said, whose staff has yet to be hired because of the public university's job-posting requirements. "I've not been able to do a lot of breakdown drills with the guys, and some guys haven't been able to take their physicals because some things at this school run a little bit slower.

"With basketball players, you know they're going to find pickup games. What we missed on here is breakdown drills, fundamental drills, technique stuff.  Right now, we're already two months behind everyone else."

Instead, Harris has spent his time on the recruiting trail. His Rattlers only have 11 scholarship players this season, so he needs to land a good-sized class for next season. A long-time talent evaluator in the Southeast who helped build championship programs at Clemson and Auburn, Harris is in his element delivering a sales pitch. His biggest issue is that he can't clone himself.

"I don't have a problem, because I'm pretty good in the homes and I am the head coach, but you can't cover a lot of ground," Harris said. "You're only getting maybe one or two [visits] a day when a lot of coaches are doing maybe four a day, so that puts you behind in recruiting."

That's all for next year, though. Harris still needs to ready himself for this season and the trials and tribulations of a first season at a new program. UTEP's Tony Barbee knows what that's like. He actually had to rerecruit his entire roster when he first landed the job in August 2006 and understands the numerous issues Harris, who wants to install a similar up-tempo system at FAMU, will face.

"Probably the biggest challenge [after salvaging his roster] was instituting the philosophy of the program," Barbee said. "Not just style of play, but the philosophy in how we're going to do things from a discipline standpoint, class attendance being mandatory, everything from A to Z. You become comfortable in your routine as an assistant and you've been around it for awhile, you know things are going to work. Now you're the head coach.  Now all of a sudden you have to institute a whole philosophy on a program, and you had no grace period."

It's only been a couple of weeks, but Harris said that he hasn't had to deal with any possible defections or discipline issues  yet. 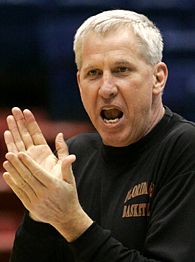 "We might run into it when we get to the court," he said. "Guys want to do things their way and my style is going to be my way. I'm a man-to-man guy. They played a lot of zone defense [under Gillespie]. I like to get after people. I'm also big on being on time and stuff like that."

If you can judge by the initial response from a team captain, though, it sounds like the Rattlers are ready to buy in.

"Coach Harris coming in, I know we have to learn his system. We'll adjust, but the résumé speaks for itself," said senior forward Akini Adkins. "He's coached in the SEC and the ACC, and I think we should be ready to head in a new direction.

A return trip to the NCAA Tournament -- last season's run ended unceremoniously in an opening-round game loss to Niagara -- might not be possible this season; the Rattlers return only one starter from that team. There's also the issue of getting over Gillespie's legal troubles (he pleaded no contest to the stalking charge and was sentenced to probation) and subsequent firing, a development Adkins said he first heard about when it ran on ESPN.

Despite his predecessor's awkward end, Harris is not downplaying what Gillespie accomplished at the school and said the incident hasn't hindered the new coach's efforts on the road.

"The man did a good job here, and I'm going to build on that," Harris said. "He went to the NCAA Tournament and he graduated players. Those are two of the most important things you can do in a program. Now, what happened to him is unfortunate, but I'm not going to have to fight that in recruiting. The man just made a mistake."

Harris points to a forthcoming new arena and the ongoing efforts of the university's president as evidence he made the right decision in taking this job. He said he sees a future built around the plentiful talent in the Southeast and other urban centers where A&M has alumni presence.

"Florida A&M has a name where I think we can go get a player," Harris said. "You're not always going to get the All-American  but I'm going to at least talk to them and they're going to have to turn me down."

Given all that he has experienced just to get to this point, a little rejection is nothing to fear.

Andy Glockner is a regular contributor to ESPN.com's college basketball coverage and is the host of the ESPNU College Basketball Insider podcast. He can be reached at bubblewatch@gmail.com.