EVANSTON, Ill. -- Two summers ago, Pat Spencer slipped into a gym in Baltimore, seeking a good run of pickup basketball.

In his first game, he raced downcourt and dunked.

"We're like, 'Who is this dude?'" said Kurk Lee, the athletic director at the Under Armour House in Baltimore and a former NBA player. "Everyone in the gym fell in love with him."

For two months, Spencer played pickup at UA House, alongside expats who played professionally in Europe and even some, such as Josh Selby, who had reached the NBA. Spencer blended in, never mentioning his other sport until the day he told Lee he had to leave for lacrosse practice at nearby Loyola University.

"I remember Kurk saying, 'Why didn't you tell me?'" Spencer, a Maryland native, said. "I was like, 'Why would I tell you that? I just came here to play ball.'"

What Spencer also didn't say that day: He was a first-team All-American, a three-time Patriot League player of the year, and a two-time finalist for the Tewaaraton Award, the top individual honor in college lacrosse. The following spring, he would win the Tewaaraton and finish as the Division I career assists leader (231) and second all time in points (380).

Today, Spencer is still slipping into gyms to play basketball. But now, he's in places like Indiana's Assembly Hall and Michigan State's Breslin Center as a guard for Northwestern. Spencer made national news in June when he joined the Wildcats' basketball team as a graduate transfer.

But just like in Baltimore, Spencer has looked the part on Big Ten courts -- despite not playing a full season of organized basketball since his senior year of high school. The 6-foot-3 guard leads Northwestern in assists and steals per game and ranks second in scoring (10.5 PPG).

While Northwestern is struggling at 7-22 and headed toward its worst season since 1999-2000, Spencer is fulfilling a dream in the sport that always has ranked No. 1.

"It's my first love," he told ESPN last month. "I don't know if there's any explanation for it. It's just always the one I've loved the most. Lacrosse is right there behind it, but basketball, I've always had a passion."

SPENCER TURNED into the best college lacrosse player in America while at Loyola from 2016 to 2019, but at his core, he has always been a basketball guy.

"Anytime he had a chance to pick up a basketball, he did that, instead of a stick," said Cam Spencer, Pat's younger brother and a freshman guard at Loyola. "He wouldn't touch a stick in the summer, just to kind of get away from it, but also because he loved basketball so much."

The way Spencer spent his summers, especially during college, helped set up what he's doing at Northwestern.

"I'm pretty sure he never lifted a weight in the summertime," Loyola lacrosse coach Charley Toomey said. "He'd be playing basketball down at Truxtun Park. That was his workout, so he never came back out of shape."

Spencer spent years in the Annapolis Summer League at Truxtun Park, 15 minutes from his home in Davidsonville. He won league MVP honors in 2017. The following summer, he helped his team reach the championship game.

"He's like, 'All I do is play hoops all summer,'" said Buzz Anthony, an All-American guard for Division III Randolph-Macon College who played high school basketball against Spencer and reconnected with him in the Annapolis Summer League. "I'm trying to make my way in Division III and this dude's a stud in lacrosse and he loves basketball just as much.

"In the most friendly way, it pissed me off."

Summer basketball maintained Spencer's connection to the game, and ultimately strengthened his skills. "As competitive as I've ever played," he describes games in Annapolis and Baltimore.

Spencer held up well in every summer league, but a jump to Division I and the Big Ten still seemed steep, even for an athlete who had reached the apex in another sport.

"I know his heart is in basketball and I know he could do it on a high level, but I am so surprised at what he's doing so far in the Big Ten," Lee said. "But I knew he had the passion and the heart, and the dedication for basketball."

MANY WHO KNOW Spencer share Lee's reaction. They don't question Spencer's basketball devotion, or even his skills. They saw it firsthand for years.

But many gifted athletes can hold up in summer leagues. How many could enter the Big Ten and immediately become a productive player?

"It's remarkable," said Cliff Rees, who coached Spencer and both of his brothers in basketball at The Boys' Latin School of Maryland. "Most people in sports appreciate what an achievement that is and what it says about his talents. From four years of college lacrosse to playing night in and night out in the Big Ten, as a guy who played Division I basketball and has coached a lot of players, I can't imagine anybody else I've known making that jump."

Spencer might have played Division I basketball straight out of high school if his body had cooperated. He was only 5-foot-4 and 120 pounds as a freshman. By the time he reached his current height as a senior, he had committed to play lacrosse at Loyola.

That year, major college basketball coaches visited Boys' Latin to scout one of Spencer's teammates. They saw Spencer and would ask Rees: "What's that kid's deal? He can really play."

Spencer couldn't stay away from basketball even after starting college. When he returned to Boys' Latin to help coach his younger brothers, Rees chased him off the court, reminding him that lacrosse season was still ongoing.

Toomey remembers Spencer eating lunch in the gym so he could watch Loyola's basketball team practice before lacrosse workouts. On lacrosse road trips, Spencer would hang out in the coaches' hotel rooms, watching NBA games.

Last May, Spencer led Loyola past Syracuse in the first round of the NCAA lacrosse tournament, setting the NCAA career assists record. Loyola basketball coach Tavaras Hardy watched the game with Cam Spencer and then went to congratulate Pat. 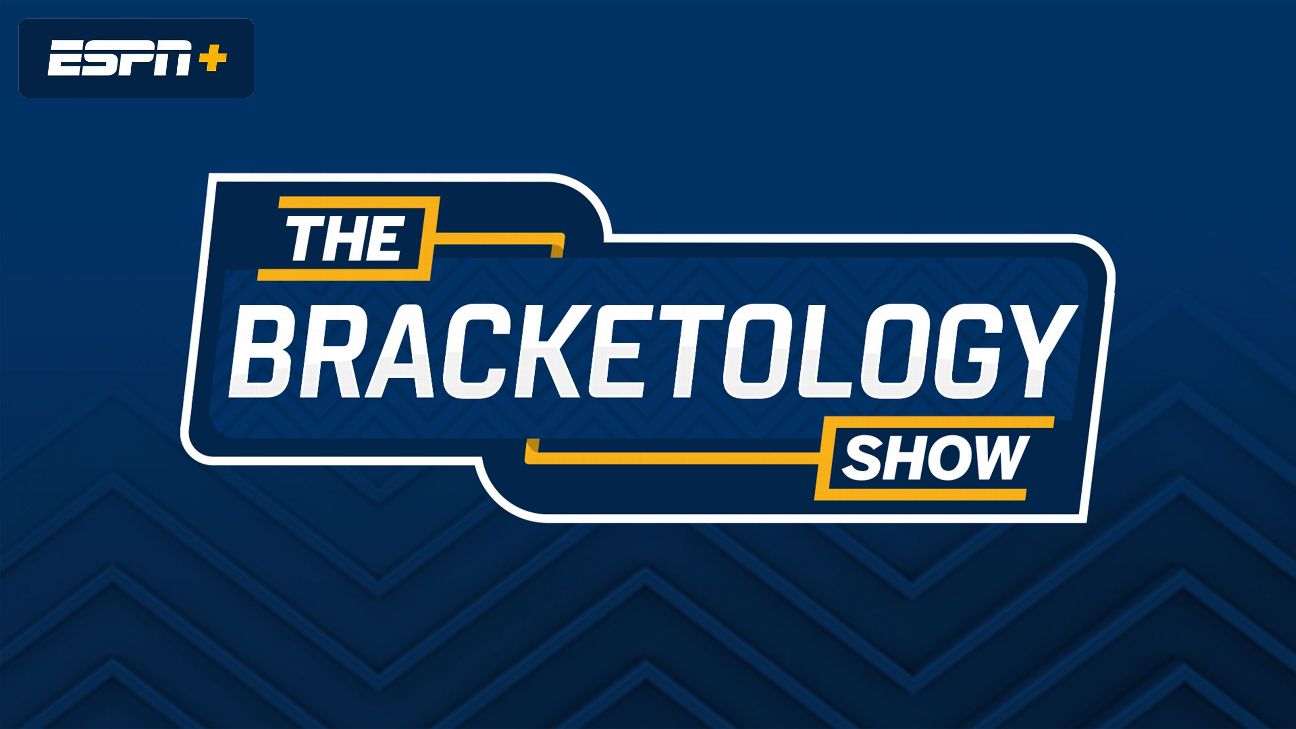 "His recruiting [for basketball as a grad transfer] wasn't going the way he had hoped from a basketball standpoint," Hardy recalled. "They had just won and I looked him in the face and I could tell he was down, he was sad. That's just the type of person he was. Yes, he wanted to win a lacrosse national championship, I know he put his heart and soul into that team, but as soon as that game was over with, his thoughts shifted back to, 'I want to play basketball.'"

Hardy, an All-Big Ten forward at Northwestern who later served as an assistant coach there, had watched Spencer at the UA House, noticing how others trusted Spencer to make decisions with the ball. "A legit presence on the floor," Hardy said. "It wasn't fake."

But Hardy didn't know if Spencer could make an immediate impact at a high-major program until he watched Spencer score 23 points against Bradley and 18 against Pitt during the Fort Myers Tip-Off tournament in November.

"He really showed that he was for real," Hardy said. "He's one of those guys, all he wants is the opportunity. Don't tell him no just because it doesn't sound right. Bring him in there and check him out."

Anthony knew Spencer had enough confidence to play in the Big Ten, but was "kind of nervous" about Spencer vaulting to the conference. Still, he knew as long as his friend could have a leadership role, he had a chance.

"I knew he was a good player, but he's excelled more than I ever thought," Anthony said. "That competitiveness takes down the learning curve."

DONNA SPENCER and her eldest son drove through the night from Maryland to Illinois, set to embark on Pat's next athletic adventure. He had his graduation party on a Sunday night and needed to report to Northwestern the next day.

Donna had never been there or met the coaches. She didn't know what to expect.

"I was kind of worried that just having a year might not be enough time," she said. "[Pat] said, 'I'm going to try to play good basketball.' It's not shocking to see him go after that dream."

The Spencers are a basketball family. Although Pat and his younger brothers Cam and Will played many sports, all three gravitated toward hoops (Will is a junior on the Boys' Latin team).

Every Thanksgiving, Bruce Spencer took Pat and his other two sons to the Naval Academy, where Bruce's best friend works in the athletic department, and had access to Alumni Hall. After a game of touch football with other families, the Spencers would crank up the competitiveness for basketball.

"Someone always leaves pretty pissed off on Thanksgiving," Pat said. "We come home and mom will say, 'Please don't embarrass me in front of our family.'"

No matter the sport, Bruce always saw Pat find ways to contribute. But this year, Pat wouldn't be the best athlete on every court, like he was on the lacrosse field. There are similarities between the sports -- spacing, vision, pick-and-rolls -- but Pat would have to grasp 300-level basketball concepts.

Bruce knew Pat wouldn't lack confidence. He'd have an edge to his play. Plus, he had missed it.

"He's got that itch that's being scratched for this year," Bruce said. "Maybe if it was flipped the other way, he'd have a burning desire to play lacrosse now. He loves basketball, he loves lacrosse. He just loves basketball a hair more.

"If he wasn't wired that way, it wouldn't be happening. You can't pursue what he's doing halfway."

PAT SPENCER appreciates the compliments this season from opposing coaches and players. But he doesn't play for affirmation.

"There's no standard I'm trying to live up to in somebody else's eyes," he said.

The games are dwindling at Northwestern. Senior Day is Saturday against Penn State, and Spencer's parents and grandfather will be there to support him. Barring a big surprise at the Big Ten tournament, his college career will be over in a week.

But he's not giving up on basketball. Despite being selected No. 1 overall in April's inaugural Premier Lacrosse League draft, Spencer first will pursue a professional hoops career.

Lee, the athletic director at the Under Armour house, has seen plenty of pros in Baltimore over the years and thinks Spencer can make it. There are areas for improvement this season, namely 3-point shooting (Spencer has made only 24% of his 3s) and ballhandling (2.4 turnovers per game).

But Lee sees Spencer as a good-sized point guard who can distribute the ball in a pro game that has become more perimeter-oriented.