Barry Bonds is in Houston this week, searching for three things: 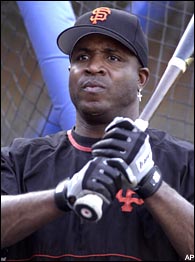