When I was first signed, life in the minor leagues was extremely difficult for Latin players. I arrived in the minors in 1958, in Tampa, Fla., and there was a really bad racial problem. Coming from the Dominican Republic, we had never experienced anything like that. 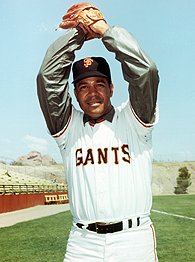 It was hard for us (the Latin players) to understand why we and the black players had to live and eat separately from the white players. The only time the guys from the Dominican, Venezuela, Cuba and Puerto Rico were with the white guys was when we were on the field. When the games were over, they would go to the hotels while we would stay with host families -- and they had to be black host families in black neighborhoods.

Once I got to the majors with the Giants in 1960, at least we could stay together as a team: white, black and Latin players. But as far as the general atmosphere, that didn't start to change until at least the mid-'60s.

One episode I remember clearly in the early '60s was when we were in Houston for a series against the Colt .45s, and Orlando Cepeda wanted to go to the movies to see "Cleopatra." I warned him that it might not be so easy; he got a little angry at me and went off by himself. I stayed at the hotel. About 45 minutes later, I heard a knock on the door and thought it was a maid coming to clean the room. I opened the door, and there was Orlando with a tear coming down from each eye. They wouldn't let him into the theater. I couldn't help laughing, and then he got even angrier. I said, "Don't blame me, I told you so."

In baseball, the Giants were one of the first teams active in Latin American scouting. In the D.R. in the '50s, the Giants had what they called a "bird dog" scout named Horacio Martinez, who signed a lot of guys, including the Alou brothers, Elias Sosa and me. He was working for the team's Latin American scouting department, and certainly, the Giants seemed to be ahead of the game on that front, along with the Pirates and Dodgers.