SEATTLE -- When Kaoru Sanada was 12 years old, she was asked the following question during the interview of her examination for entering a private junior high school in Japan.

"Who do you respect the most in the world?"

There is a theory in Japan. If you want to be considered a smart person, the ideal answer should be, "My parents." At that time, Sanada should have known that. 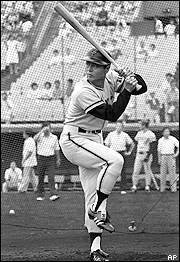 "Sadaharu Oh," answered Sanada, who is now a sports writer based in New York nearly 20 years later. Fortunately, her parents did not attend the interview.

Which record will be more honored in Japan: Oh's 868 home runs as a Japanese player or Ichiro Suzuki's if he breaks the record for most hits in a season?

Although Oh retired in 1980, a lot of Japanese people still remember his accomplishments. The build up of tension was unforgettable when he was chasing Hank Aaron's major league home run record (755).

A small survey of Japanese baseball fans shows Oh's record will remain No. 1 in the Far East.

Which record will be more revered in Japan? Of the 54 responses to that question, 33 said in effect: "It is definitely Oh in Japan."

A few of the responses:

"It took 22 years. You have to respect that," said Hideo Asada, who works for a construction company.

Yojiro Suzuki, a sports editor, also pointed out the same thing. "It took more than 20 years," said Suzuki (no relation to Ichiro) "I believe most Japanese support a long-term effort, so I would say it is Oh's record in Japan that will be honored more in the hearts of the Japanese."

Some of them gave nostalgic responses.

"Back then [in the '60s and '70s], we didn't have much to be proud of on a worldwide scale," said Masumi Sato, who is a consultant. "We were in the middle of economic growth, but had not become a top-level industrialized nation yet. We were climbing the wall to the world. At that time, Oh was a symbol, challenging the American record, which was exactly what we were doing in many fields."

Tatsuya Sakakibara, an editor, added: "Japanese baseball was extremely popular when Oh was playing. People who watched Oh back then are still big fans of both Japanese baseball and the major leagues. They will respect Ichiro's record if he breaks it, but Oh's home run record is still in their hearts."

Yutaka Makino, a sports editor, simply said "The number of home runs should be more honored than the number of hits."

Still, that doesn't mean Ichiro's record, if achieved, won't be held in high esteem. Passing George Sisler's 84-year-old record of 257 hits in a season will be amazing because it's taking place on American soil, unlike Oh's record which was made only with home runs in Japan, with perhaps inferior pitchers, smaller stadiums and a different ball. But, more than likely, their sentiments toward Oh transcend all of those factors. 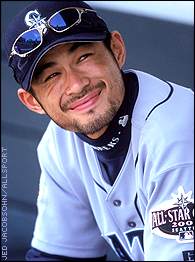 Those who chose Ichiro's record typically took a more analytical approach than an emotional one.

"My guess would be Ichiro's hit record [will be more honored in Japan]," said Bob Whiting, a best-selling author of "You Gotta Have Wa" and "The Meaning of Ichiro".

"You can't question the competition, as you could with Oh's 868 home runs."

Makio Mukai, a doctor for Keio University who has written on Ichiro, also pointed to the difference in the two leagues.

"First of all, I really respect Oh's record, and it should be honored highly," Mukai said. "However, Ichiro's record [if accomplished] would be more impressive. One big reason for this is that Oh's home run record was created only in Japan.  Look at Hideki Matsui. He had 50 home runs a year before going to the major leagues, but he had only 16 home runs last year. Although he could reach 30 home runs this year, his stats tell you a lot about the differences of the two leagues."

Ichiro has also talked about the gap between the two baseball leagues. After Ichiro recorded 200 hits in this season last month, he said with a smile: "In Japan, I once had 201 hits at my 120th game. To go at that same pace over here is very important and it is something I can be proud of."

Most American baseball fans would agree with Ichiro. It could be meaningless to compare the two types of records, as he said. But it's understandable why more than 60 percent of our survey support Oh's home run record. If you compare the two records in terms of difficulty, Ichiro's new record will be more honorable and valuable. However, if you know the process and the background of how Oh's home run record was born, the passion felt in Japan surpasses the major league record.

At that time, even the Japanese government was impressed, creating a National Honor Award for Oh. Actually, Ichiro was offered the same award three years ago, but he declined. "I am too young to accept such an honor," he said.

There is also a generation gap to be factored as well. Most people who chose Ichiro were under 30 years old. The reason is simple. They had never seen Oh in his prime. They know him as just a manager for the Fukuoka Daiei Hawks. Some of them said, "I don't know how good Oh was. Ichiro is more real to me."

This tendency among younger fans could be a strong indication that the majority of Japanese would say, "It is definitely Ichiro!" in 10 years. By that time, Ichiro will have more significant milestones for sure.

By the way, one question remains.

If Oh had had a chance to play for the major leagues back then, would he have had a great career, too?

"Most certainly. All the ex-major leaguer stars who played with or against him all said he would have been a big home run star," Whiting said. "As Clete Boyer put it, 'Maybe he wouldn't have hit 800 homers, but he would have hit 500 if he'd played his entire career in the MLB.' "

Masayoshi Niwa lives in Seattle and covers baseball for Sports Yeah! magazine, Major.jp, Nikkei Shinbun, which are all based in Tokyo.