ROYSTON, Ga. -- He stepped to the plate for the first time --
this baby-faced teenager with the fiery eyes -- after a
three-day-long train trip from Georgia to Detroit. 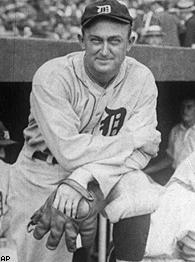