PALM BEACH GARDENS, Fla. -- Jeff Reardon, one of the top
relief pitchers in history, blamed medication for depression after
his arrest for a jewelry store robbery. 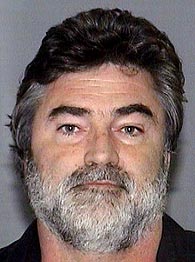 Police said Tuesday that the 50-year-old Reardon, retired since
1994 and sixth in career saves, walked into Hamilton Jewelers at
the Gardens Mall on Monday and handed an employee a note saying he
had a gun and the store was being robbed.

Reardon, who starred with the Montreal Expos, Minnesota Twins
and Boston Red Sox, fled the store with $170 in cash.

Police found him at a nearby restaurant, recovered the stolen
money and arrested him on armed robbery charges.

Lt. David O'Neill said Reardon did not have a gun and offered no
resistance when he was handcuffed.

"He said it was the medication that made him do it and that he
was sorry,'' O'Neill said.

According to the arrest report, Reardon told police: "I am taking medication and am sorry for what happened ... I completely lost my mind and tried to rob (a) jewelry store. I flipped on my medications and didn't realize what I was doing."

O'Neill said Reardon has lived in the city for more than 20 years and has never caused any problems.

Reardon's attorney, Mitchell Beers, said Reardon had no prior criminal record and that he was released on $5,000 bond after a brief court appearance on Tuesday.

A judge ordered Reardon to undergo a mental health evaluation. Beers said that would happen within seven days.

Beers told ESPN.com's Michael Fish that Reardon is also required to stay in his house unless he's going to visit his doctor or his attorney.

Beers also said that Reardon had taken antidepressants since his youngest son's death in February 2004 at the age of 20. "Since then, it has been mentally very draining for him," Beers told ESPN.com

Reardon also underwent a heart angioplasty last week and has been taking medication for
that condition.

Beers told ESPN.com that he did not believe a weapon was involved. He added that prosecutors in Florida control the charging document, and could charge Reardon with anything from strong-armed robbery (with or without a weapon) to theft.

"It is a bizarre situation for a man who is very private and an extremely fine gentleman," Beers said.

"It's very uncharacteristic of Jeff Reardon to do what he
did,'' said Blyleven, now a TV analyst for the Twins. "I've been
very fortunate, and my wife has, not to lose any of our children. I
can't imagine what he's going through in the holidays.''

"Hopefully, he can get help and move forward on his life,''
Blyleven added. "Thank God no one was hurt.''

Reardon, who made more than $11.5 million in his career,
according to baseball-reference.com, was not having any known
financial problems, O'Neill said.

He had a save in the Twins' 1987 World Series victory over St.
Louis. But five years later, Reardon gave up a decisive two-run
homer to Toronto's Ed Sprague in the ninth inning, allowing the
Blue Jays to tie Atlanta at one game apiece. Toronto eventually won
the 1992 World Series in six games.

The four-time All-Star was 73-77 with 367 saves and a 3.16 ERA
in 16 seasons with the New York Mets, Montreal, Minnesota, Boston,
the Atlanta Braves, Cincinnati Reds and New York Yankees.

Information from the Associated Press is included in this story