As Barry Bonds stands poised to surpass Babe Ruth and take dead aim at Hank Aaron, thousands of (self-appointed) guardians of the game are seething. "What could be worse than baseball's most beloved record being compromised by an alleged steroid abuser?" we mutter in righteous anger. 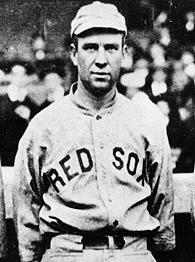 The answer, fellow seamheads, is "plenty." Baseball history is littered with scandals that make Barry's ugly assault on 714 and 755 look tame. Make no mistake: It will be dismaying to see Bonds lord his arrogance -- not to mention his puffed-out pectorals -- over us as he points skyward after No. 715.

But it's not even close to the low point of the pastime's history. As Babe Ruth's biographer, the inimitable Robert Creamer, is fond of pointing out, "Baseball must be a marvelous game to survive the awful things that people have done to it."

Topping the awful things, of course, is the infamous Black Sox fix of the 1919 World Series. Hugh Fullerton, the reporter who is credited with uncovering the Black Sox scandal, believed that 1919 was just one of many early postseasons tainted by corruption. Cheating -- or as the players preferred to call it, "arranging games" -- was more widespread in the first three decades of the 20th century than even serious students of baseball lore suspect. And it didn't end with the "eight men out": Skullduggery continued to haunt the game well after the eight Black Sox players were banished in the early '20s.

Baseball in that era was almost as slippery as boxing or horse racing. Far too often, the fix was in. League presidents, owners, managers, coaches and players all routinely consorted with bookies and hustlers. Wild wagering was as much a part of baseball's saloon culture as a shot and a beer.

Many of early baseball's most celebrated figures are linked to disquieting episodes, among them Hall of Famers Tris Speaker, Ty Cobb, Cy Young, John McGraw, Wilbert Robinson, Grover Cleveland Alexander, Rabbit Maranville, Frankie Frisch, Eddie Collins and Chief Bender. Gambling-induced chicanery might have marred some epochal World Series, including the first modern one in 1903 between the Boston Pilgrims and the Pittsburgh Pirates, the New York Giants' trouncing of the Philadelphia Athletics in 1905, the "Miracle" Boston Braves' dramatic sweep of the A's in 1914 and the Chicago Cubs' ham-handed loss to the Red Sox in 1918.

But for sheer gall it's hard to top the Red Sox's cheeky performance in the 1912 World Series. Up three games to two against the New York Giants of manager John "Mugsy" McGraw and ace Christy Mathewson, the Red Sox were heavily favored to clinch the Series with their ace -- "Smokey" Joe Wood, of the gaudy 34-5 record that season -- taking the slab.

Anyone who bet on the Giants that day -- and many members of the Red Sox probably did -- made a killing. Smoky Joe threw fewer than a dozen pitches in the first inning and was strafed for six runs. As Boston Globe baseball seer T.H. Murnane observed at the time, Wood wasn't smoking; he was lobbing. No stranger to an arranged game, McGraw bellowed at his charges to swing at Wood's first offering. With no outs and runners at first and second, Wood curiously chose to pitch out of a full windup rather than the stretch, permitting the Giants to pull off an easy double steal.

Boston's defense -- led by Tris Speaker, the best center fielder of his (or perhaps any) era -- made several suspicious gaffes in the first two innings. A pickoff attempt at second somehow managed to elude Heinie Wagner at short, Steve Yerkes at second, and Speaker sauntering in from center. Right fielder Harry Hooper had to retrieve the ball as the Giants sashayed around the bases.

Despite their Keystone Kops antics, the Sox came back the next day to beat Mathewson and the Giants, pocketing the winner's share of $4,000 each. That's good work if you can get it.

Fourteen years later, Speaker and fellow immortal Ty Cobb were accused of fixing a game played in 1919. They were forced to quit, then slithered back into the game when lawyers counseled them to compile a sworn affidavit that listed every nasty, cheating affair they'd ever heard of -- an exercise that, no doubt, took more than a page or two.

Cobb and Speaker played a game of "chicken" with commissioner Landis: Reinstate us -- or we trigger our bombshell. Rather than risk blowing up the game, Landis backed down.

So take heart, gentle fans. If our resilient pastime could survive these sordid messes, it can certainly survive some surly superstar with an alleged steroid jones.

Timothy M. Gay is the author of the book, "Tris Speaker: The Rough-and-Tumble Life of a Baseball Legend," published by University of Nebraska Press. Click here to order a copy.