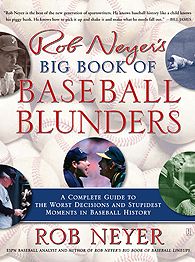 "The season was begun with the acquisition of Babe Ruth and a grand flourish of trumpets, and it ended without Ruth and Boston deeper in the mire of defeat than it ever had been. Emil Fuchs, president of the club, severed his connection with it in early August. Throughout the season the club never functioned properly and was badly unsettled."
-- Spalding's Official Base Ball Guide (1936)

Ask reasonably knowledgeable fans which 20th-century team had the worst record, and most will probably come up with the '62 Mets. For a long time that would have been my answer.

Until I discovered the 1935 Boston Braves, who won thirty-eight games and lost 115. That works out to a .248 winning percentage, just slightly worse than the Mets' sterling .250 (40-120). The Braves actually had some pretty decent players; they'd won seventy-eight games in 1934, and would win seventy-one in 1936. They had a damn good manager in Bill McKechnie, who'd won pennants in Pittsburgh and St. Louis and would later win two more in Cincinnati. He's in the Hall of Fame.

The '35 Braves also had a big fellow named George Herman Ruth, the subject of this particular essay.

Ruth had turned thirty-nine in 1934, and though he could still hit -- in '34, Ruth was maybe the third-best hitter in the American League, behind only Gehrig and Foxx -- he couldn't do much else. As Fred Lieb later wrote, "The pipestems that served as legs would no longer carry, with any alacrity, the barrel that served as a torso." Yankees manager Joe McCarthy had seen enough of Ruth, because the Babe could neither field nor run and also because the Babe made no little secret of his ambition to manage the Yankees. Soon.

But the Yankees had a problem: the Babe was still immensely popular with the fans, and owner Jacob Ruppert was reluctant to unceremoniously dump Ruth (particularly if there was a real chance that some other American League club would snap up the slugger, who would then turn around and beat the Yankees with his prodigious circuit clouts). So instead, Ruppert dumped Ruth to the National League. Ceremoniously.

Ruppert actually explored a number of options, most of them involving Ruth taking over as manager of another club. Prior to the 1934 season, Ruppert offered to make Ruth manager of the Yankees' Newark farm club. Ruth's wife and business manager both advised against going to the minor leagues, and he told the writers that going to Newark would be the same "as to ask Colonel Ruppert, one of the foremost brewers in the country, to run a soda fountain."1

There were talks about trading Ruth to the Reds, who would then trade him to the Dodgers. Connie Mack, who owned and managed the Philadelphia Athletics, considered replacing himself as manager with Ruth, but later told writer Joe Williams, "I couldn't have made Babe manager. His wife would have been running the club in a month."2

Ruppert called everybody he knew, but in early 1935 there simply weren't any openings for a major-league manager. And Ruth apparently would not settle for less.

Meanwhile, in Boston, Braves owner Emil "Judge" Fuchs was getting desperate. Once a solid draw, his club had slipped precipitously in 1934:

But for reasons not apparent, attendance at Braves Field plummeted in 1934, even though the team was almost exactly as competitive as it had been in the two previous seasons. Meanwhile, Fuchs owed a lot of people a lot of money, and couldn't afford to pay the rent on Braves Field.

Faced with financial disaster -- and prohibited by the National League from turning the ballpark into a venue for dog racing -- Fuchs needed help. He got some from New England politicians, who threw their weight behind a season-ticket campaign that allowed Fuchs to pay off his existing debt. Still, the future looked bleak, as a $200,000 note would come due during the '35 season.

Colonel Ruppert knew an opportunity when he saw one. Fuchs needed a miracle, and who had done more miraculous things in baseball than the Babe? Nobody. Phone calls were made. Letters exchanged. Meetings held. And on February 26, in Ruppert's New York office, with Ruppert, Fuchs, Ruth, and a gaggle of reporters in attendance, the big announcement was made: Ruth would join the Braves as player, "assistant manager," and vice president. A reporter asked Ruth what a vice president does. He didn't know. Fuchs answered, "Advisory capacity; be consulted on club deals and so forth."3 According to most of the writers, Ruth was being groomed to take over from manager McKechnie.

When Ruth signed his contract with the Braves, he believed that he really would be a sort of assistant manager, with the chance to either take over as manager -- perhaps as early as 1936 -- or wind up with enough stock in the Braves to be an active co-owner. He believed those things because Fuchs, in a long letter delivered a few days before the press conference in New York, told him so.

However, Ruth's actual contract wasn't nearly so expansive. In fact, Ruth soon discovered that, rather than being given stock in the Braves, he was seen by Fuchs as a potential investor; the hope was that Ruth would sink $50,000 of his money into the club. Ruth also was expected to participate in various promotional events, and play in exhibition games (which were, in those days, frequent for most major-league clubs). But on May 12, with Ruth struggling at the plate, he told McKechnie and Fuchs that he wanted to retire. Fuchs convinced him to hang on for a few more weeks, as the Braves hadn't yet visited every National League ballpark where various Babe Ruth Days were scheduled.

There would be one last hurrah. On May 25 in Pittsburgh, Ruth hit a two-run homer in the first inning. In the third, he hit another. And in the seventh, he hit one more home run (this time with nobody on base). The latter two homers came against Guy Bush, who years later would say, "I never saw a ball hit so hard before or since. He was fat and old, but he still had that great swing. Even when he missed, you could hear the bat go swish. I can't remember anything about the first home run he hit off me that day. I guess it was just another homer. But I can't forget that last one. It's probably still going."4

Ruth had hit the ball over the Forbes Field roof, something nobody had ever done before. It was Ruth's last home run, and his last hit. And emblematic of the Braves' fortunes in 1935, despite Ruth's three home runs and six runs batted in -- he'd also singled home a run -- the Braves lost the game, 11-7.

Ruth could still swing the bat. But he couldn't run, and so he couldn't field or do more than trot around the bases, and McKechnie was facing a trio of mutinous pitchers who said they might refuse to take the mound if Ruth were in right field.

In the first game of a doubleheader on May 30, Ruth struck out in the first inning, then left the game after hurting his knee in the bottom of the inning. As Robert Creamer wrote, "His career ended not with a bang in Pittsburgh but with a whimper in Philadelphia."5

McKechnie didn't want Ruth on the team, and by this point neither did Fuchs. Now all everybody needed was an out. And Ruth gave it to them. The same day Ruth played in his final game, the Normandie -- the world's newest, fastest, and largest ocean liner -- left Europe, bound for New York. The Babe and his wife had been invited to a party celebrating its arrival in four days, and he desperately wanted to be there. He couldn't play ball anyway, not with his sore knee. Fuchs refused. After all, though the attendance at Braves Field might be paltry, the Braves had three exhibition games scheduled (one in Haverhill, Massachusetts, and then two in Boston against the Dodgers), and some significant number of those in attendance were expecting to see the Babe, even if only for a pre-game bow.

Ruth thought about it. And on June 2, with the Normandie halfway across the Atlantic, he summoned reporters to the locker room after a game against the Giants (in which he did not play). "I'm quitting," he told them. Moments later, a message arrived from Fuchs: "I have given Ruth his unconditional release, and he is through with the Braves in every way."6 Later there was a great deal of public sniping between the two men, with Ruth issuing pronouncements to the press and Fuchs responding with long written statements. In the end, neither got what they'd wanted. Ruth's opportunities with the Braves weren't worth the paper on which Fuchs's letter was written, and Fuchs's dream of packed ballparks was little but a fantasy, based on the ridiculous misconception that fans will pay good money to watch a player who can't actually play.

Ruth never did manage. Fuchs, unable to meet his financial obligations, lost control of the Braves within a few months of Ruth's retirement. And the Braves finished the season with the worst record in the National League since the Cleveland Spiders went 20-134 in 1899. In 1936, the franchise's new owners, eager to erase the stigma of what happened in '35, officially changed the club's name to "Bees" (and they remained the Bees until 1941).