NEW YORK -- There was no saving baseball during a wild Saturday full of blowouts and walk-off wins. 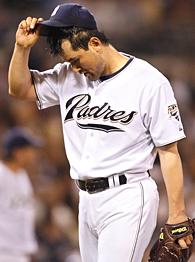 It marked the first time in nearly three decades a full day of major league games were played without a save recorded.

There were six blown saves in the 15-game schedule, including two each in Pittsburgh's 7-6 victory over Washington, and Cincinnati's 3-2 win against Colorado. The Nationals and Reds both won with ninth-inning rallies.

The last time baseball went a complete day without a save was Sept. 15, 1978, when all 26 teams were in action during a 14-game schedule -- including a doubleheader, according to the Elias Sports Bureau.

Baseball expanded to 28 teams in 1993 when Florida and Colorado were added. Arizona and Tampa Bay began play five years later to fill out the 30-team field.

St. Louis and Toronto also posted one-run wins Saturday. The Cardinals prevailed 2-1 at home over the Los Angeles Dodgers on Scott Rolen's RBI single in the 10th, and the Blue Jays edged visiting Seattle 7-6 in 14 innings on a run-scoring single by Bengie Molina.

There were 10 teams that won by at least six runs.

Arizona and Atlanta jumped to big early leads in the late games, leaving the Tampa Bay at Los Angeles Angels matchup as the last contest with a realistic chance to include a save.

Vladimir Guerrero put an end to that suspense with a grand slam during a five-run seventh inning that turned a 4-2 Angels lead into a 9-2 victory.

Arizona cruised to an 8-1 win over Milwaukee shortly before the Braves ended the night with an 11-3 victory at San Diego. Atlanta was only the third road team to win Saturday.

There were eight saves recorded Friday, the first full day of games following the All-Star break.