It's a commonly held truth: Being a catcher hurts. No one appreciates the position's impact. Catchers squat for seemingly hours at a time. And lord, the foul tips down below. But thanks to the march of analytics, we're on the cusp of grasping just how valuable a catcher can be. For years, the Holy Grail of statheads has been the attempt to quantify "game-calling," or the pitch-by-pitch management of a staff. It seemed elusive, but we think we've finally found it. And now we're ready to reveal it to you ...

1. How do you measure game-calling?

Here's a fun task: Try quantifying something as ephemeral as game-calling. Well, after a decade of research, that's just what we've managed to do -- by crafting a statistical model that attempts to quantify the value of everything from stolen-base prevention and directing pace of play to identifying hitter tendencies like swing behavior in various game situations and knowing which batters expand hit zones in RBI opportunities. Sound complicated? Oh, it is. But based on these factors, and controlling for others, we can now quantify, in runs saved, how well catchers manage their pitchers.

It's no coincidence that two of the last four Cy Young winners threw to the Tigers' Alex Avila (below) -- the 28-year-old has saved 31 runs over the last three seasons from his game-calling, ranking No. 2 in baseball behind A.J. Ellis. 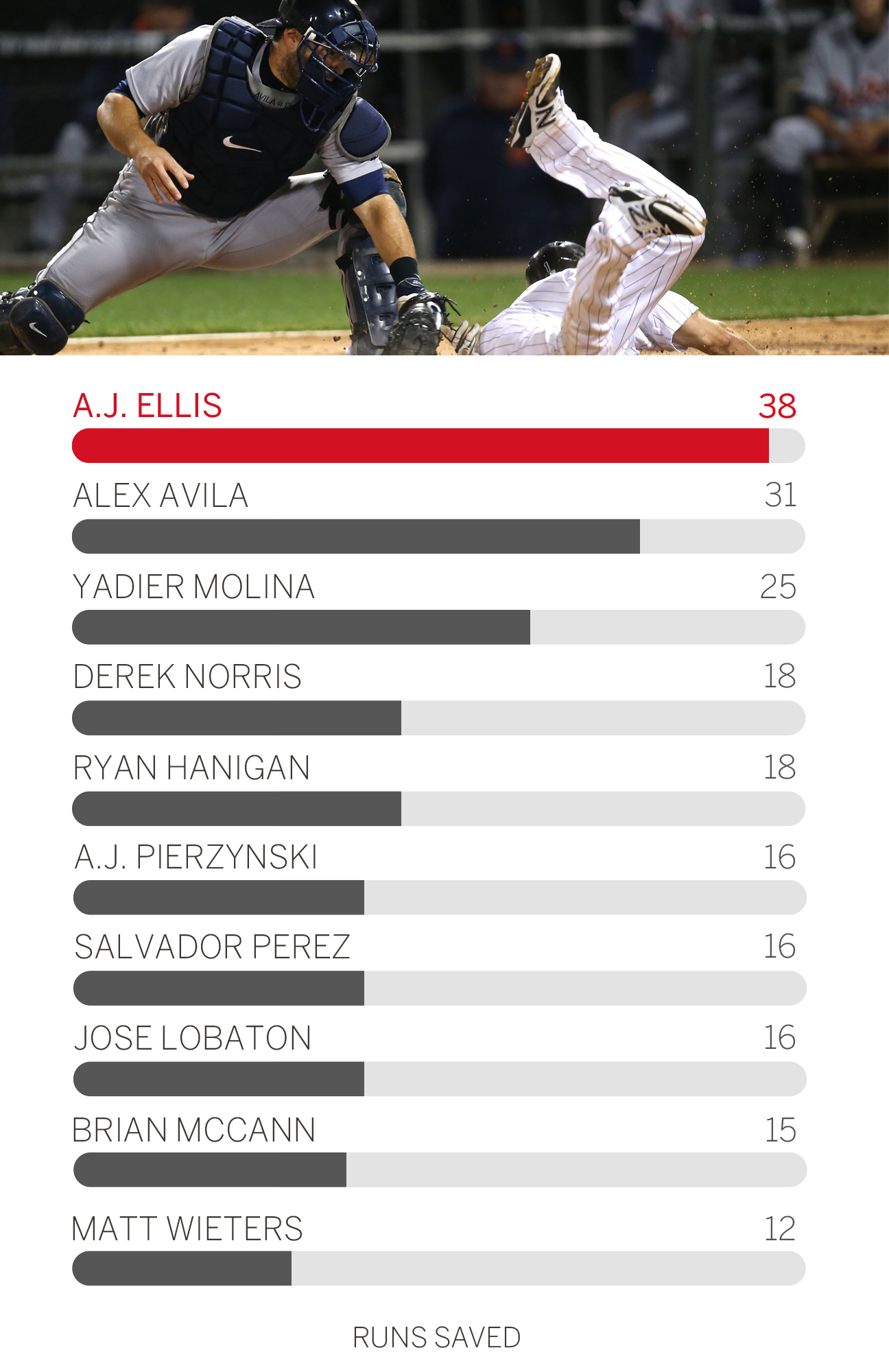 It's the question that you-and every catcher's agent-are pondering: What's the value in this? In calculating game- calling runs above average (GCAA), we've found that a top game caller can save up to 25 runs per season-equal to 2.5 wins, or up to $17.5M on the open market. (For context, Andrelton Simmons is regarded as MLB's top defensive shortstop. His best year: 26 fielding runs above average.) And by looking at GCAA, we can now complete the catcher picture, raising our assessment of some, like Ellis and Salvador Perez, and lowering it for others, like Buster Posey and Jonathan Lucroy, whose game-calling since 2012 has cost their teams an average of six and nine runs per season.

Top-shelf game-calling by itself can be worth as much as 2.5 wins to a team per season. 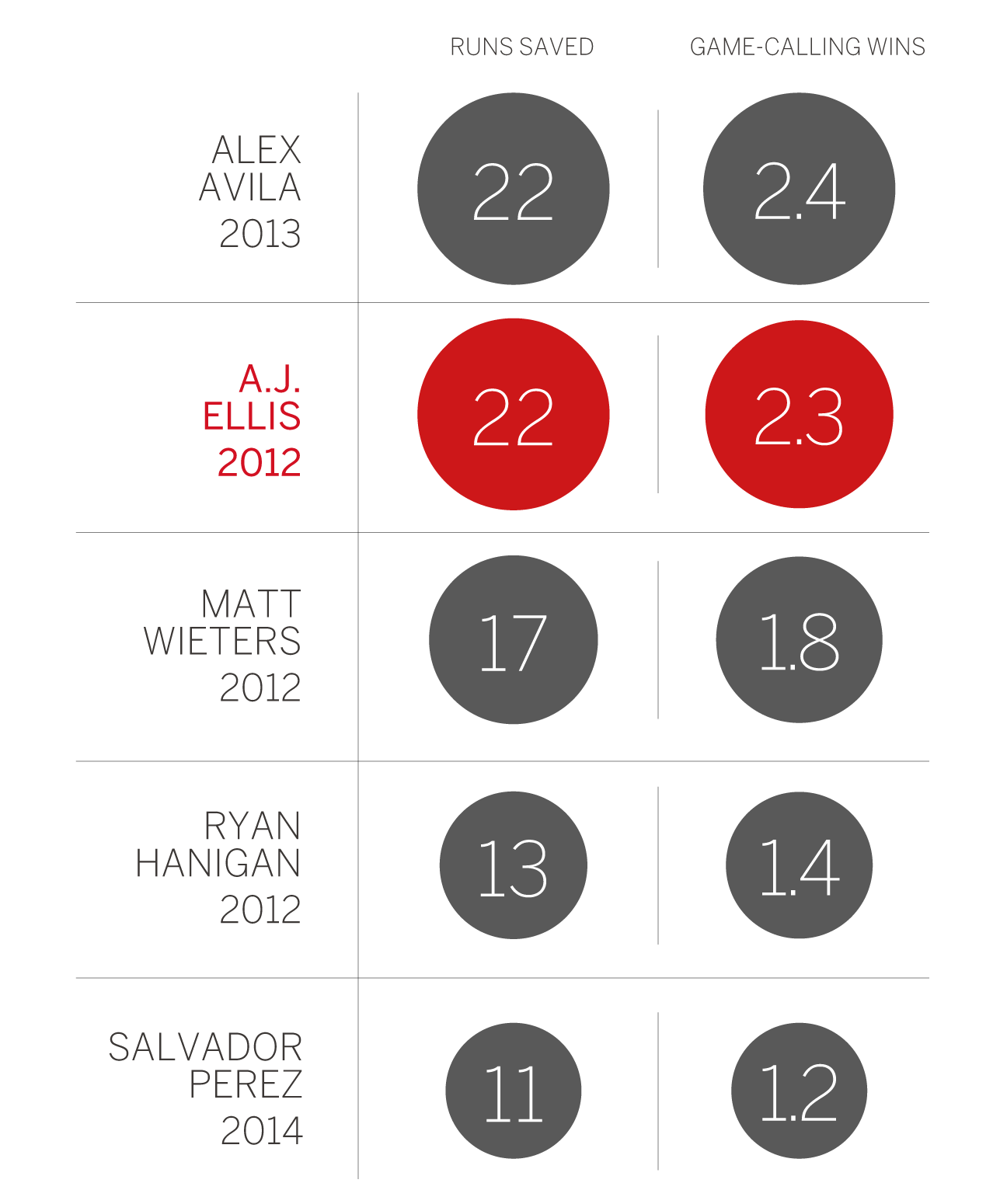 3. But does game-calling matter in October?

Sabermetricians with a new stat are like kids with a new hammer; we just want to bang it into things. So next we took our shiny new GCAA, whacked it up against last season's playoff teams and discovered something cool: In 2014, all but two playoff teams had above-average game callers. And of the 16 catchers who appeared at least once during the 2014 postseason, they ranked, on average, in the top third in baseball in game-calling, combining for 4.4 wins from it during the regular season, more than enough to push a team into the playoffs. That group's total WAR for the 2014 season without game-calling: plus-31.5. With? A robust 35.9, a 14 percent increase in value. Nonplayoff catchers ... not so much. Those backstops lost 3 percent of their total value from mediocre game-calling and ranked, on average, in the bottom half of baseball. They also cost their teams a combined 2.5 wins. Clearly, a good game caller does not, in itself, a playoff team make. But if your team has a bad one? Schedule your vacations for October.

Five of the best game-calling catchers in 2014 were playoff starters, including Kansas City catcher Salvador Perez, who contributed 1.2 WAR in the regular season to the Royals just from his elite game management. 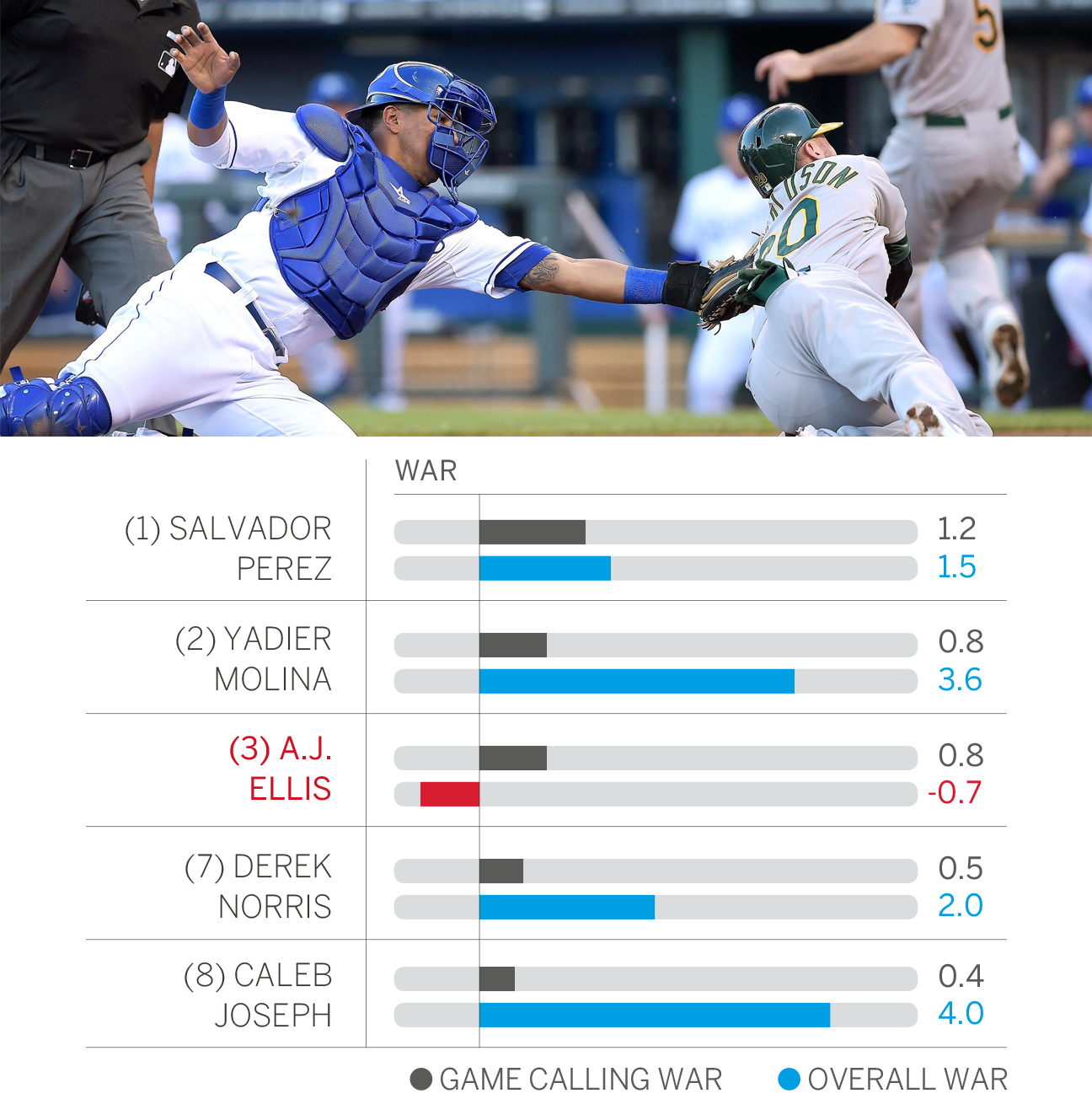 4. The guide to the best game caller of them all: little-known 34-year-old Dodgers catcher A.J. Ellis

A.J. Ellis, in a vacuum, is a below-average catcher. His career batting average is .240. His career OPS is .689. He's made 396 starts in eight seasons. The Dodgers, of course, know all this. But they also know that two of the game's best hurlers, Clayton Kershaw and Zack Greinke, absolutely love pitching to him. Why? Because Ellis is the best game caller in the business, and now we can actually prove it. His game-calling alone saved the Dodgers 38 runs from 2012 to 2014, though he gave back 19 of those runs with everything else he did behind the plate (see below). Does it hurt to be Ellis? At times, perhaps. But at least now, when that ninth foul tip slaps his once-unheralded (but now-appreciated) inner thigh, it might not sting quite so much. 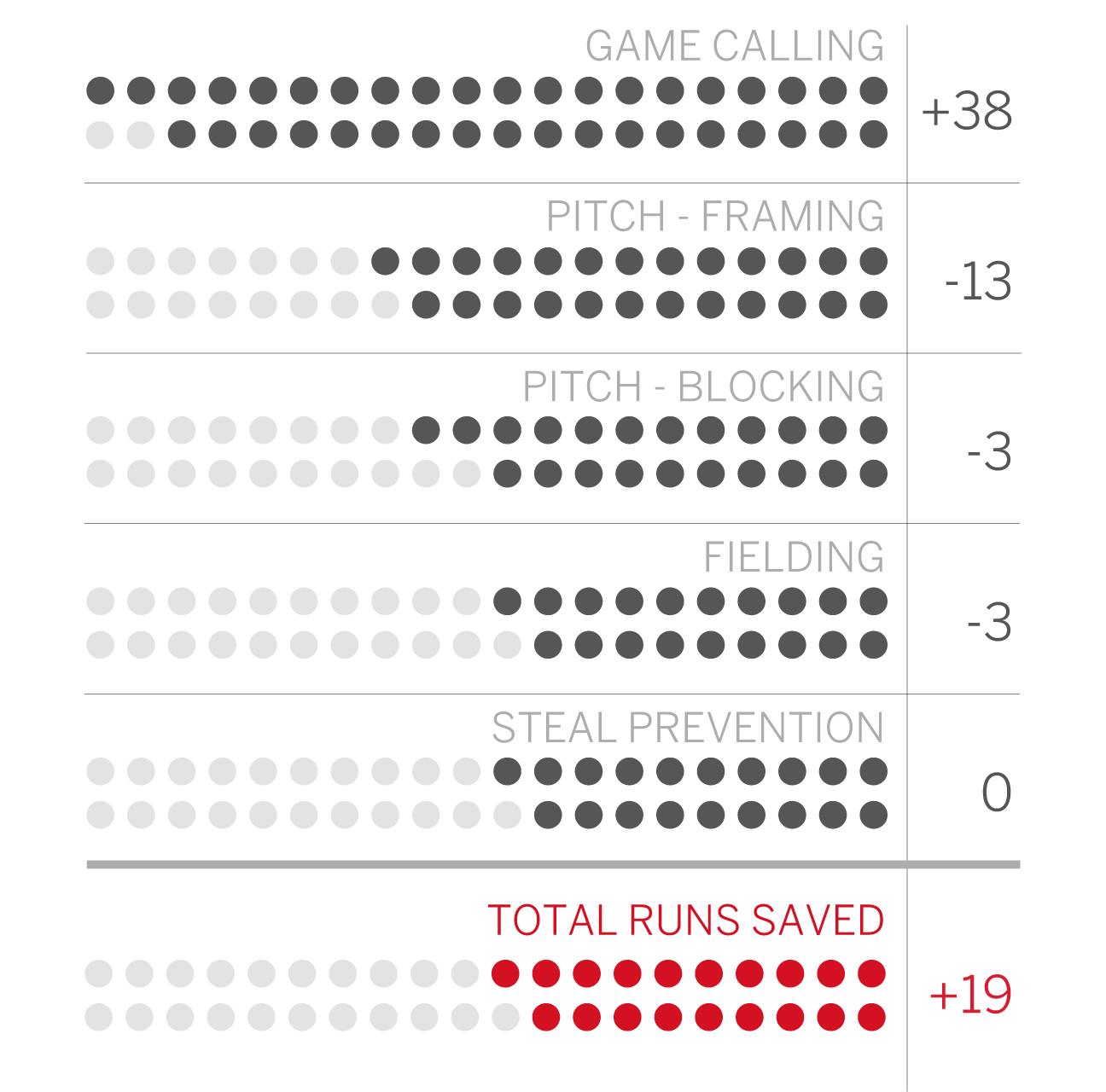