We think we can answer these questions, which -- considering this article made it to print -- are almost certainly going to be answered "yes."

Just get past the basic unreasonableness of the premise. You don't watch the whole movie saying, "But why would a radioactive spider bite give him spidey sense?" He never threw a regular-season pitch because he just didn't.

In which case, here's the guy's career: 141 innings. No pitcher has ever made the Hall of Fame throwing fewer innings, unless you count Stan Musial and George Sisler. But these are the instructions given to voters:

5. Voting: Voting shall be based upon the player's record, playing ability, integrity, sportsmanship, character, and contributions to the team(s) on which the player played.

His playing ability, integrity, sportsmanship and character are unaffected in this scenario. His record would obviously be limited but still something to behold:

That all fits under "record," but it's not exactly intuitive how much that translates to the final factor in the Hall of Fame instructions, "contribution to team." It's a contribution to a team, but how do we possibly put those 141 innings on a scale alongside Hank Aaron's 10,000 (regular-season) plate appearances, or on a scale alongside Bob Gibson's 4,000 regular-season innings and 81 postseason innings? We do it, friends, with championship win probability added (cWPA).

As published by The Baseball Gauge, cWPA takes the premise of win probability added but applies it across a season: Given the standings, or the stage of the postseason, and the situation of the game, how likely is a given play to affect a team's chances of winning the World Series? A bases-empty single on Opening Day is worth only a tiny bit of cWPA; a single that drives in David Justice and Sid Bream in Game 7 of the NLCS -- turning a ninth-inning deficit into a walk-off win -- is worth .340 cWPA, more than a third of a whole championship, because those 1992 Braves' chances of winning it all improved from roughly 1 in 6 before the hit to roughly 1 in 2 after it.

Rivera's championship win probability added, just in his postseason appearances, adds up to 1.792 -- meaning that if an average pitcher instead of Rivera had been New York's closer, the Yankees could have expected to have won two fewer World Series. That 1.792 is a record, unsurprisingly, well ahead of second-place Bumgarner's 1.230 cWPA in postseason play and third-place Rollie Fingers' 1.150 and fifth-place Babe Ruth's 0.905. Rivera's cWPA is higher than the combined cWPA of the pitchers with the second-, third-, fourth-, fifth- and sixth-most saves in postseason history. Double, in fact.

But Rivera, in this scenario, has no regular-season contribution, while everybody else would. So add in the regular season -- the thousands and thousands of plate appearances Hall of Famers racked up in their careers -- for everybody except Rivera, and Rivera's cWPA would still be among the all-time leaders:

Now we're on the same scale: In terms of adding championships, relative to average players, Rivera's contribution to his team in the postseason alone is topped by only five players, all five of them among the dozen greatest players of all time. Assuming in this weird premise that voters don't hold it against Rivera for limiting his brilliance to the postseason, it's clear his contribution ranks among the very, very inner circle of major leaguers. Further, his place on the cWPA leaderboard isn't the result of a single start (à la Jack Morris) or a single play (like Hal Smith) but sustained greatness over 16 postseasons, 96 appearances and five World Series titles. He's in!

The answer to the first part is easy. Trevor Hoffman is an uncontroversial Hall of Famer from the same era as Mariano Rivera, and their Hall of Fame arguments are roughly similar/clearly in favor of Rivera:

Rivera threw almost 200 more innings than Hoffman and allowed 38 fewer runs. The difference between Rivera's ERA+ and Hoffman's is bigger than the difference between Hoffman's and Todd Van Poppel's. It's not even close. And while in this scenario Rivera threw a pitiful zero postseason innings, Hoffman's case depended not one bit on his postseason performance: 13 innings, 3.46 ERA, four saves and two blown saves. And no rings.

But Hoffman didn't get in until the third ballot. Other than Dennis Eckersley -- who won 150 games as a starter, and serves as the exception to prove this rule -- no reliever has ever made it in on the first ballot:

Lee Smith was never voted in, but was elected to this year's class by the Today's Game Era committee. So maybe too many voters just won't vote for even an elite closer -- a mere relief pitcher -- on the first ballot unless they have no other choice. In which case our no-postseason Rivera has to be not just as good as these Hall of Famers, but much better. He has to be as valuable as a non-reliever.

The first part is subjective, but Rivera had 12 seasons with an ERA+ over 200 -- that is, seasons where his park-adjusted ERA was twice as good as the league average. Hoffman, Gossage, Sutter and Eckersley had two each. Smith had one. Rivera's 12 best years combined the very best two years of those five Hall of Famers, plus the three best seasons of Aroldis Chapman. 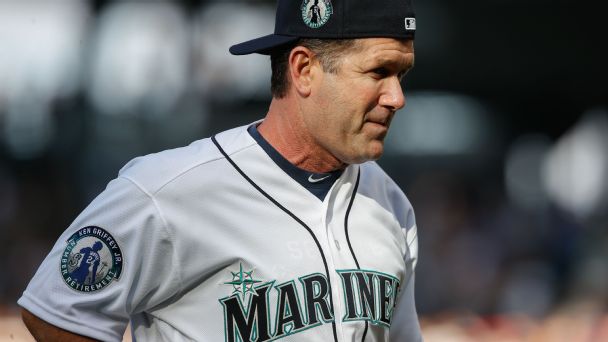 But does that make him as valuable as a non-reliever? His career WAR -- 56.2 -- is borderline, among the lowest for a non-reliever in the Hall and especially low for a modern candidate. But relievers' workloads are artificially limited so they can be saved for high-leverage situations. Their low workloads are strategy, not flaws. The WAR scale breaks down for relievers, because teams are essentially saying that one WAR in a close ninth inning is worth more than one WAR in any other generic situation.

They give us an idea of just how valuable, because they offer relievers contracts to sign with them. Over the past decade-plus, teams have spent about $5 million per win from a starting pitcher or a position player. They've spent almost $11 million per win from a relief pitcher. Either teams are all terrible at spending their money, or they think high-leverage WAR are a lot more valuable than run-of-the-mill WAR. Maybe even twice as valuable.

If "twice as valuable" is right, then Rivera's 56 WAR would be, to a front office, to a team, as valuable as around 110 WAR by a starting pitcher or position player. That's an inner-circle Hall of Famer: Greg Maddux, Mickey Mantle.

Now, that rests on some assumptions, and it might be overly generous to the relievers, but it's also fairly consistent with Hall of Fame voting. For non-relievers, 60 WAR is about what it takes to get into serious discussion, and 70 or 80 makes a player close to a lock. Some players sneak into serious candidacies with 50 WAR.

For relievers, those standards are all about halved: 25 is the floor (Sutter, Fingers), 30 is a serious candidate (Hoffman and Smith), 35 or 40 makes a lock (Gossage, Wilhelm). The average Hall of Fame reliever had 38 regular-season WAR. Rivera had 50 percent more than that.

Of course, in this scenario he had no postseason appearances. Neither did Ernie Banks, famously, and Rivera's regular-season cWPA (.341) aces Banks' (.213). Rivera's regular-season cWPA is the 131st-highest ever, just behind Randy Johnson and Pedro Martinez and just ahead of David Ortiz and Chipper Jones. Indeed, his cWPA -- without any postseason contribution -- would be just about the median Hall of Famer's cWPA including the postseason. Not every Hall of Famer improved his contribution in the postseason. Regular-season Rivera would be ahead of the total cWPA contributions of Wade Boggs, Tom Seaver, Greg Maddux, Mike Piazza -- and Eckersley, the first-ballot Hall of Famer, whose cWPA took a sizable hit on October 15, 1988.

Rivera's took an even bigger hit on Nov. 4, 2001, when Tony Womack had (by cWPA) the third-biggest hit in baseball history. A lesser reliever might not have lived that down. But Rivera is the greatest reliever of all time. Both of 'em.