MESA, Ariz. -- His Chicago Cubs teammates and manager knew he would pass his first test, but Yu Darvish wasn't as confident.

The challenge in front of him had nothing to do with a bullpen session or throwing program. This was about evolving, as a teammate and as a person.

It was Day 2 of spring training, and Darvish had just finished speaking to Japanese reporters outside the Cubs practice facility. That was no big deal. He has been giving interviews in his native language his whole life. But when the English-speaking media approached him, the 32-year-old took a deep breath. He had an interpreter standing by -- but only in case of emergency.

Darvish did his first mass interview of 2019 in English. That was a first. And it was no small thing.

"I want to speak better English," Darvish told ESPN.com later. "I understand what you guys are asking, but when I get nervous -- like now -- my English gets stuck a little."

Darvish's decision to speak English during interviews this season is part of a bigger "reset" to his career after a year to forget in 2018. He simply doesn't need an interpreter, and so this season there will be no extra layer between him and the media -- and, by extension, the fans.

"Dealing with reporters and the public in English takes away a level of protection," Cubs president Theo Epstein said. "It's an attempt to make a more genuine connection and is very much in keeping with how open, genuine and eager Yu has been with everyone this spring training. I think not using an interpreter is a brave thing to do. I'm not sure I'd be able to do it."

Darvish's next chance to do so in front of the cameras will come Tuesday, after he takes the mound in a big league game for the first time since May 20 of last season. It has been a long road back from the elbow injury that ended his year prematurely. Darvish pitched in only eight games last season and struggled to get out of several mid-inning jams. A balk here or poorly timed walk there created a storyline that followed him from his previous stop in baseball: When times get tough, Darvish didn't always step up to the challenge. Fair or not, it became part of his narrative.

Then came the injuries and the starts and stops to his first year as a Cub. In what looked like one successful rehab assignment in August, Darvish confused reporters when he indicated -- through his interpreter -- that there was still a health issue going on. His takes on his elbow injury were the very definition of "lost in translation." Of course, it turned out that his elbow did need minor surgery.

"The most important thing is you guys understand what I'm saying because pitching can be hard to explain sometimes," Darvish said this spring. "I'll have to take my time [explaining]."

His agent, Joel Wolfe, summed up the steps that led to Darvish's offseason commitment to starting anew.

"Things last year could not have gone worse, and it was incredibly difficult for him to not really contribute," Wolfe said in a phone interview this spring. "It was just a tough year all around and something he's never been through. It just seemed like a chain reaction, going back to the end of the season with the Dodgers." 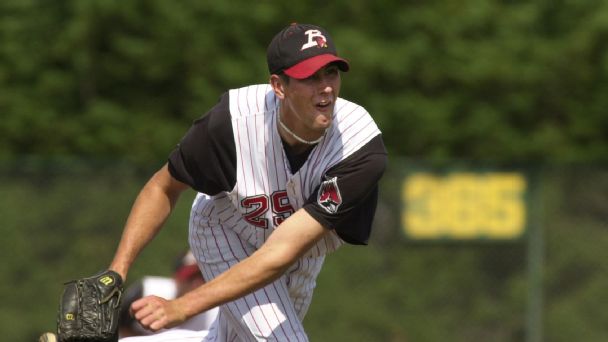 The end of the season with the Dodgers, of course, is a reference to Game 7 of the 2017 World Series, in which many in baseball thought Darvish was tipping his pitches. The result was a loss to the Houston Astros, followed by a lengthy time on the free-agent market. Signing a six-year, $126 million contract with the Cubs didn't move the spotlight off the veteran; it only enhanced it. Then came 2018.

Cole Hamels, who also played with Darvish in Texas, recognizes the importance of it, as he's seen the benefits with at least one other former teammate.

"It's a maturity or growth in a really good way," Hamels said. "I was able to see it with Carlos Ruiz in Philadelphia, speaking Spanish. As he came up to the big leagues he used a translator, in his first year, but then he did it all on his own. As a team, it grew our bond with him.

His team is hoping this step will help Darvish feel more comfortable in his surroundings this season.

"It reflects a comfort level that will be important to his success on the field," Epstein said. "He takes a lot of pride in his ability to speak English. When we met with him [during free agency], it was all in English."

Darvish has already proven that he can do it under the pressure of talking to potential new employers.

"When you want to grow up, you have to put the [onus] on yourself, so when I had a meeting with the Cubs, with no translator, that put me at another level," Darvish said. "The next step was a press conference, so little by little I've been more comfortable."

Although his teammates and coaches knew he spoke English last year, dismissing his interpreter is as much symbolic as anything.

Epstein was asked about the team's involvement in this reset for the former All-Star.

"Just letting him know a tough experience in the first year doesn't have to write the whole story," he said. "We still believe him and are behind him." 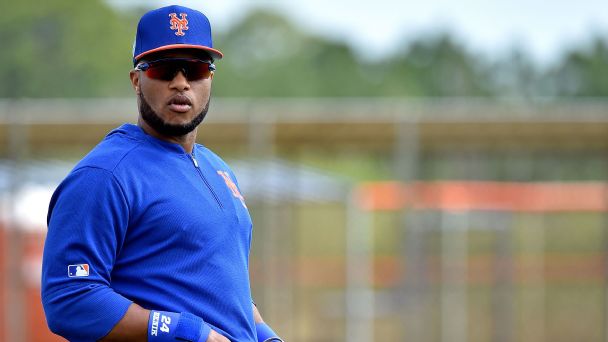 From watching stars take the field in new places to the first chance to see top prospects, it's time to get ready for Opening Day. Watch on ESPN+

Of course, what Darvish does on the mound, beginning with Tuesday's start, will be the ultimate test for him. But all parties believe that his mental state is better than it was a year ago and certainly better than it was at the end of last season. Success starts there.

"Whenever you feel a burden has been lifted, that does permit you to be more free in your actions on the baseball field," Cubs manager Joe Maddon said. "That makes sense. I've had many conversations with Yu -- in English. He's in the right place. As long as he's healthy."

Darvish is well aware of what is said about him publicly. He's not someone who hides from social media or bad press. Perhaps that will fuel him in 2019. Perhaps it will hold him back, but either way, anyone associated with him, especially his employers, is eager to see Darvish 2.0.

"He's worked hard on all this stuff," Epstein said. "It reflects on his efforts to have this be a make-good year in a lot of ways."