In late August, Cleveland Indians reliever Oliver Perez entered a game in the sixth inning to face a left-handed hitter. It was his 55th appearance of the year, and with that his option for 2020 vested: Perez will be paid $3 million next season to face lefties.

It's fortunate for Perez that the deal was signed when it was, late last January. Two weeks later, ESPN's Jeff Passan reported that in 2020, Major League Baseball would likely require pitchers to face three batters, or get the final out of an inning, before they could be removed.

Perez had 22 outings in 2019 that would be illegal under these new rules -- let's call them Ollies, after Perez -- which was the most of any pitcher in baseball. Without those Ollies, his 2020 option might never have vested. And without those outings going forward, his actual value to a modern bullpen becomes much more speculative.

This makes Perez perhaps the clearest victim of the new rule, along with a few lefty-specialist contemporaries: Andrew Chafin, who had 19 Ollies, after leading the majors with 22 in 2018; Alex Claudio, whose MLB-leading 83 appearances included 17 that will soon be outlawed; and Adam Kolarek, whose 15 regular-season Ollies were supplemented by three more in the National League Division Series.

Check in on the trades, free-agent signings and more, from now until pitchers and catchers report. MLB Offseason page »

There were about 650 such outings in 2019, according to Elias Sports Bureau, which is just under 4% of all relief appearances -- a minor adjustment, in the large view of things. But for individual players, it's the small view of things that matters, and a pitcher such as Perez must feel under threat.

So let's consider that small view: Will Oliver Perez survive in this world of mandatory longer outings, or was that vesting option the final bit of good news in a long and nomadic career?

In each of those 22 Ollies that Perez had last year, one of three things would have happened under the new rules: Perez would have come into the game earlier, he would have stayed in the game later, or he wouldn't have appeared at all. Here's our best guess of what would have happened in each of them. Anything in regular text is what actually happened; anything italicized describes our most likely hypothetical; and each date links to the box score and game log.

March 28: Perez, having faced lefty Max Kepler and switch-hitter Jorge Polanco, would have been allowed to face Nelson Cruz, representing the tying run, with one out. He would then have been left in to face lefty Eddie Rosario.

April 1: After allowing a score-tying double to switch-hitter Yoan Moncada, and forcing the White Sox to pinch hit righty Ryan Cordell for lefty Daniel Palka, Perez would have been left in for Cordell and Jose Abreu. If he had retired Cordell, he would have intentionally walked Abreu. Here we already see one of the big liabilities of lefty specialists under this new rule: It's not just that they have to face right-handed batters, but that the right-handed batters that follow each team's best left-handed batter are usually very good right-handed batters. So if Perez's manager wants him to face the Polancos and Moncadas of the world, he's also exposing him to the Cruzes and Abreus.

April 16: Perez would have entered the seventh inning one batter earlier, to face right-hander Tom Murphy before going after lefties Dee Gordon and Mallex Smith with a three-run lead. This would have meant a slightly quicker hook for the starter, Shane Bieber, who had completed the sixth but was allowed to go back out for the seventh until he allowed a runner.

April 26: After allowing a two-out single to lefty Michael Brantley -- with a one-run lead against Houston -- Perez could have been left in to face righty Carlos Correa, as the potential go-ahead run. He then would have stayed in to face lefty Josh Reddick, either that inning or the next.

May 3: With two outs, I think we'll still see managers gamble on the reliever's ability to get one out. It is a gamble, though, and in this game we see the potential cost: Perez needed to get lefty Dan Vogelbach to end the inning in a tie game. He didn't, and under the new rules he would have been stuck facing power-hitting righties Edwin Encarnacion -- to whom he'd allowed a homer a few days earlier -- and Domingo Santana. The other option, which seems more likely, is that Perez would have actually started the inning, facing lefty Dee Gordon and righty Mitch Haniger before Vogelbach came up.

May 20: After retiring lefty Matt Olson -- trailing by three in the seventh -- Perez would have faced righty Stephen Piscotty and switch-hitter Jurickson Profar, who is worse against left-handed pitching.

June 22: Never would have appeared.

June 25: Perez probably stays in after his two batters to face Hunter Dozier with a two-run lead and nobody on and Jorge Soler on deck. Would have been a little scary, especially if one of the two lefties he retired had reached base, making Dozier the tying run.

July 2: Really tough one. He entered with a four-run lead, the bases loaded and nobody out, to face a good switch-hitter and a good lefty. Probably would have stayed in to face the right-handed Dozier, representing the go-ahead run. But might never have appeared.

July 12: Perez would have intentionally walked Nelson Cruz, having failed to end the inning against his two intended batters.

July 14: Perez would have faced Nelson Cruz with the bases loaded and two outs with the score tied. Yikes! It's possible his outing would have begun two batters earlier, to avoid any chance of him facing Cruz, but that would have meant replacing the starter earlier, and facing right-hander Jonathan Schoop. That would have been the better scenario in retrospect, but would not have been easy to anticipate.

Aug. 3: Perez would have stayed in to face righty Justin Upton and, if necessary, lefty Kole Calhoun with a four-run lead in the eighth. 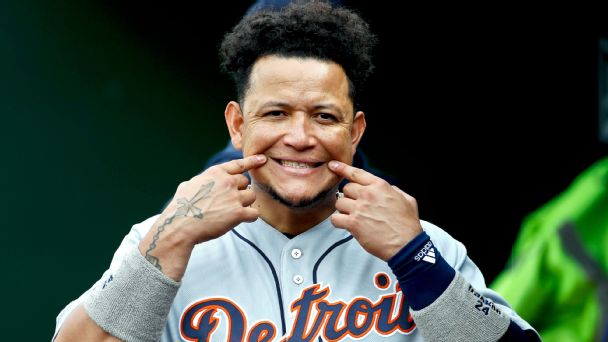 Aug. 8: Perez -- who in real life faced only Eddie Rosario -- would have been brought in three batters earlier, to face Max Kepler and Jorge Polanco, as well as righty C.J. Cron, before Rosario. It might have kept him from being able to pitch the next day, which he did in real life.

Aug. 11: Perez would have been left in to face Miguel Sano with two out and nobody on, with a two-run lead.

Aug. 18: Perez would not have appeared. A right-hander would have faced left-handed hitter Didi Gregorius with the bases loaded instead.

Sept. 7: Perez would have stayed in to face Mitch Garver -- a right-hander who had been sandwiched between Max Kepler and Jorge Polanco in the Twins' lineup -- and then Polanco and lefty Eddie Rosario. Kepler/Polanco was the standard Perez matchup: He faced each of them eight times last year, three more times than he faced any other batter, and four of these 22 Ollies were exactly Kepler and Polanco and then Perez's exit.

Sept. 11: Probably would have been brought in to start the inning with a one-run lead, facing lefty Brian Goodwin and righty David Fletcher before his targeted batter, Shohei Ohtani. Or he might have come in for Ohtani, as he actually did, and just stayed in to face Albert Pujols.

Sept. 20: Probably would never have appeared. Carlos Carrasco would have faced Bryce Harper with the three-run lead, rather than let Perez face Rhys Hoskins and a pinch hitter after Harper.

Sept. 21: This time, I think he would have faced Harper. It was earlier in the game, and less likely the Phillies would use a pinch hitter for Jay Bruce after Hoskins. So Perez would have stayed in to face Hoskins and Bruce.

Sept. 22: With a nine-run lead, Perez would have been left in to face one more batter, Jose Pirela.

So the takeaway isn't necessarily "Oliver Perez will lose a ton of outings," but, perhaps, "Oliver Perez is going to have to face a bunch more right-handers." Indeed, if our best guesses are correct, Perez won't be used less; he'll be used more, to face 17 more right-handers and six more left-handers. There are a lot of left-handed hitters in the game (or switch-hitters who do better against right-handed pitchers), and an opposing manager can't keep all of them three spots away from each other.

So, for instance, consider that July game against the A's: The lefty Olson has a big platoon split, and he's followed by the righty Piscotty, who has a big platoon split, followed by the switch-hitter Profar, who has a small platoon split. In a perfect world for the defense -- the one we've lived in for about three decades -- the manager goes to a lefty specialist for Olson, then a righty for Piscotty, and leaves the righty in against Profar. Using the hitters' splits as our guide, those three hitters would have an expected OPS of around .730.