Could there be Major League Baseball games as early as May? It's not entirely out of the question. The league and the players' union are discussing a plan that could land all 30 teams in Arizona amid the coronavirus pandemic.

MLB responded in a statement Tuesday that it's just one of several contingencies being considered and that the league has "not settled on that option or developed a detailed plan." Still, the baseball world is buzzing over the possibility.

It has also raised many questions about the logistics and practicality of the 2020 season being played in the desert. ESPN.com baseball reporters Buster Olney, David Schoenfield and Jesse Rogers field some of the most pressing ones.

How far along are MLB and the MLBPA on this possibility?

One source described the idea as being in the top of the first inning with all the logistical things that need to be worked out. The sides had one 40-minute phone call but with little details attached. -- Jesse Rogers

What is the soonest baseball could realistically be played under this plan?

That depends completely on two major factors: First, what are the state and local mandates in place at the various sites considered for use? Then there's the collaboration between MLB and the players for any proposed plan. There are a lot of players with concerns about what's being discussed now, with some privately saying they would not participate. -- Buster Olney

How much spring training would players need after arriving in Arizona before baseball can begin?

Two to three weeks, although as the baseball shutdown continues, there are more questions being raised by players about rapid readiness if and when baseball comes back. -- Olney

Is the May date we're hearing realistic or a starting point to another more likely Opening Day?

Some club officials continue to say they believe it's more likely for baseball to return in midsummer -- and only after more hard information about the coronavirus develops, to best ensure the protection of player, team and game staff. -- Olney

How many stadiums are there in Arizona that could possibly be used by MLB for this plan?

There are 10 spring training facilities in the Phoenix area. You also have Chase Field, home of the Diamondbacks, plus Phoenix Municipal Stadium (where Arizona State plays) and GCU Ballpark (home of Grand Canyon University). That's 13 potential stadiums, but you would need 15 for all 30 teams to play on the same day. You could schedule day/night doubleheaders at Chase Field (Scott Boras suggested tripleheaders, but that doesn't sound realistic, especially if you have a long extra-inning game), and maybe Packard Stadium, the old Arizona State on-campus baseball stadium, still works as well.

Of the spring training facilities, five are shared by two teams (Dodgers and White Sox, Indians and Reds, Mariners and Padres, Diamondbacks and Rockies, Rangers and Royals). You would need facilities for the Florida-based teams to train at, however, to get ready for the season. That could mean using local junior college or high school fields, or figuring out a way to share the fields of the existing spring training complexes (although logistics like clubhouse access becomes problematic). -- David Schoenfield

Chase Field has a roof, but none of the spring training stadiums do. What would MLB do about games during extreme heat in Arizona?

The average high temperature in Phoenix is 104 in June, 106 in July, 104 in August and 100 in September. Assume most of the games would be played at night, when the average low temperatures dip into the upper 70s and low 80s. Chase Field has a retractable roof, so day games there would not be an issue on especially hot days. -- Schoenfield

Start times are an issue for heat and television. Either East Coast teams would have to start at like 4 or 5 p.m. Arizona time -- in blistering heat -- or late at night for their home cities, according to a source on this. -- Rogers

What are possibilities for where players would live while playing games in Arizona?

Hotels, as Jeff Passan wrote -- someplace where human access can be contained. -- Olney

How many games would teams play this season under this plan?

Under the absolute most optimistic scenario, players head to Arizona at the beginning of May and spend at least two weeks getting ready for the new regular season. Say that takes us to Friday, May 15. Under the original schedule, teams would have played about 46 games at that point in the season. That gives enough time for about 116 games, assuming you keep occasional off days built into a new schedule and keep a window open for the Home Run Derby and All-Star Game (currently scheduled for Dodger Stadium July 13-14). 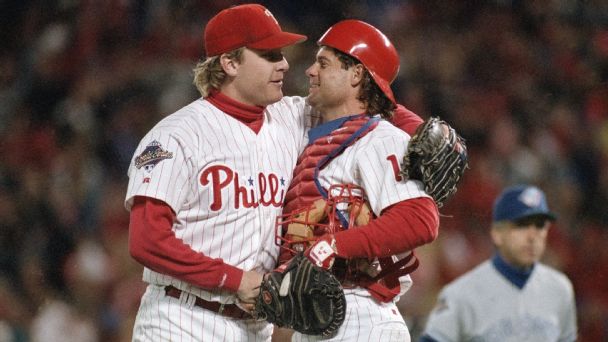 Need your baseball fix while waiting for the games to resume? We gave the best teams to never win it all another chance at glory. Meet the 32-team field

Again, this is an extremely optimistic scenario. Jeff Passan's story indicated that officials believe a June Opening Day is more realistic, so that cuts about 15 games from our estimated 116 games. One idea to get more games in would be playing seven-inning doubleheaders. You could also expand the new regular season into October if more games are desired, although that complicates the postseason schedule, which is set to begin Oct. 3 with the National League wild-card game. FYI, it's worth noting that the 1981 strike season ended up at about 110 games per club. -- Schoenfield

What would a daily schedule of games look like in this plan?

One aspect that hasn't been revealed is what the schedule might look like: Whom do you play? The current 162-game schedule features 19 games against division opponents. Would a new schedule also feature more intra-division games or would it be a more balanced schedule? Say we start in June, giving time for 100 games. Add in 32 seven-inning doubleheaders per team for a 132-game season. Here's one potential breakdown:

13 games against division opponents = 52 games; 7 games against other teams in your league = 70 games; 2 interleague games against their division counterparts in the other league (NL West vs. AL West, for example) = 10 games

What are some other hurdles MLB needs to clear to make this work?

Uniting the players. That side of the equation will be split between those who will do whatever it takes to play (and get paid) and others who will be more skeptical and ask a lot of questions, according to one agent. Non-married first- or second-year players will be more likely to accept something like this than veterans with families.

Traded during a pandemic 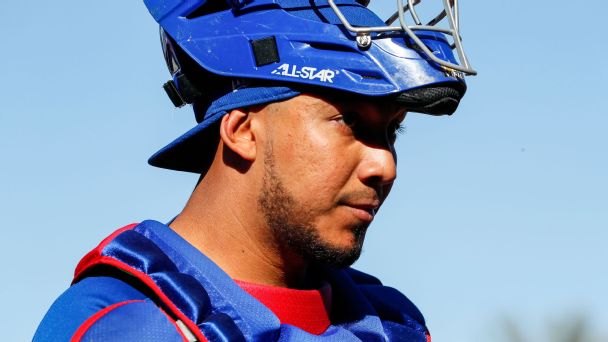 For Red Sox minor leaguer Jhonny Pereda, who herds cattle in the offseason to pay his bills, this is no novelty. It's scary. Joon Lee »

One veteran player said, "Leaving the family would be a big issue for me personally. Something we would have to discuss as a family."

A younger star player said he "would do anything to feed my family."

Who would make the final call on implementing this plan?

This isn't one of those "the commissioner can do whatever is best for the game" type of decisions. The league, union and health officials all have to be on the same page. -- Rogers

How likely is this plan to happen?

Based on the first conversations I've had, my guess is that it's very unlikely baseball will return in May. There needs to be more work done to answer questions to the satisfaction of players and staff -- for example, how to handle players, coaches, managers and support staff who have preexisting medical conditions. -- Olney

If this plan doesn't happen, is the entire 2020 season in jeopardy?

It's too early to say. It was less than a month ago that the first measure taken was to restrict media members from the clubhouse -- and think about how the circumstances have accelerated and veered since then. -- Olney