No MLB team had ever featured four players with 30 or more home runs in a season -- and three of Baker's fellow Los Angeles Dodgers sluggers had already hit their 30th long balls. In the sixth inning, Baker launched a fence-clearing shot off the Houston Astros' J.R. Richard. As Baker crossed home plate and headed toward the dugout, teammate Glenn Burke had his hand up in the air while waiting on deck. And what did Baker do? He slapped it.

It was the birth of the high-five.

In the decades since, the high-five has been found in every corner of the sports world -- from 6-year-olds playing youth sports to the World Cup final. It is both intimate and inherent, and it is deeply entrenched in the DNA of every sport.

We might be looking at the end of the high-five due to the coronavirus pandemic. The virus is mostly spread through respiratory droplets, either by breathing them into the lungs or by touching a surface that has droplets on it and then touching the face.

Coronavirus: Postponements and cancellations in sport

"When we talk about maximum transmission [of the coronavirus], the hands are the place where I focus on the most. When we talk about the high-five and also the handshake, this is almost the perfect pathogen to spread it," Dr. Neel Gandhi, a professor of infectious diseases, epidemiology and global health at Emory University, told ESPN.

When asked if the coronavirus will bring about the end of the high-five and handshake, Gandhi said probably.

"Of all of the things we would say we would advise against, the high-five and the handshake are two in the current era, in the current pandemic, [that] we should not continue to use," he said.

According to many experts like Gandhi, rapid-result testing for the coronavirus is the most important and most efficient way to keep everyone at a sporting event safe and healthy.

What about the fist bump? 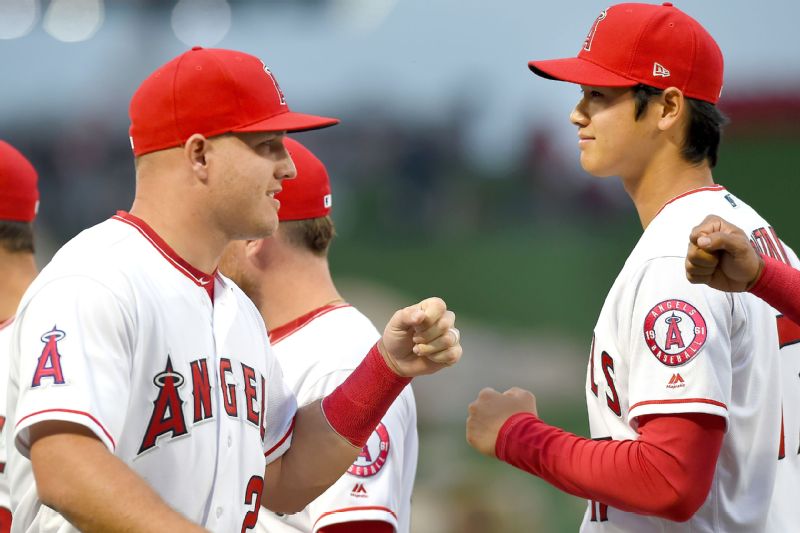 Well, the roots are not nearly as definitive as those of the high-five. Long before Barack Obama popularized the greeting during his presidential campaign, the gesture had a lot of sports history. Some credit the motion to St. Louis Cardinals Hall of Famer -- and apparent germaphobe -- Stan Musial, who bumped fists instead of shaking hands to avoid getting sick in the 1950s and '60s. Some others have said the first fist bumps came on city basketball courts, where young players developed different slaps and shakes to celebrate. In the 1970s, basketball star Fred Carter branded the move with his own flare -- and some credit him as the inventor of the modern version. Other historians have linked it to the boxing ring long ago, as boxers touch gloves before fights.

Because there is still so much uncertainty about this strain of the coronavirus, doing little things to minimize contact, such as getting rid of the high-five, will be beneficial.

"By not gathering large numbers of people together in the same space and [by] testing, those are by far the biggest ways we can avoid a large outbreak of COVID-19 in a sports team," Dr. Zachary Binney, an epidemiologist and sports injury analytics consultant, told ESPN. "We know that the main way that this virus transmits is through sustained close contact of some kind. So anything you can do to reduce that amount of contact will have some sort of marginal gain for preventing transmission."

The challenge going forward will be harnessing passion and creativity among players in other ways.

Baker, who has spent a lifetime in baseball and is in his first year managing the Astros, would have liked to change the high-five to the first bump even before this pandemic, he told ESPN.

"Because at the time, you didn't think about it, but it was really very unsanitary. I mean, even shaking hands was really unsanitary. Hugs aren't even sanitary," Baker said.

For Dr. Michael Saag, an epidemiologist and prominent HIV/AIDS researcher at the University of Alabama at Birmingham, it's all about getting back to basics and minimizing the risk of spread whenever possible.

"What I would suggest is we find creative ways to communicate the same thing -- like an air high-five, ankle touch, do new dances. Communicate the same spirit and almost in a more entertaining way, at a distance," Saag told ESPN. "As long as we keep in mind: Why are we doing this? We are trying to keep everybody safe and have sports return in a way we can enjoy it, but without excessive concern about safety of the participants or the fans."

That means the coronavirus will "probably" be the end of the high-five, according to Baker. "And it should be. It's been around long enough," Baker said. "I think it's about time anyway."

That means celebrations in the age of the coronavirus are going to get a bit more interesting. Will impromptu and choreographed celebrations give way to awkward stares and spacing reminiscent of middle school dances?

There will certainly be a transition period, a period of adjustment.

On National High Five Day in April -- yes, that's a thing -- Baker announced that he was spearheading #TheNextHighFive challenge to urge celebrations to go contactless. Soccer star Sydney Leroux and Milwaukee Brewers players Brent Suter and Keston Hiura have already posted creative high-five solutions on social media, hoping to inspire athletes everywhere to do the same -- and show that the passion and emotion can still be there.

"It's hard to stop people from celebrating because if you feel it, you feel it. You don't really think about the consequences of your actions while you're feeling it," Baker said. "People will come up with something."

That something is probably going to be a groovy dance he can't keep up with, Baker said.

"When I watch different sports to see that it's choreographed -- I mean, I couldn't even remember how to do the hustle," he said. "[W]hen you feel it, you don't think about nothing. When you're of emotion, it's coming from your soul. It's not coming from your brain. It's coming from deep inside."