When Chicago White Sox shortstop Tim Anderson saw that teammate Lucas Giolito posted a message supporting the Black Lives Matter movement late last week -- and in doing so became one of the first white major league players to speak publicly about the death of George Floyd -- he didn't even blink an eye.

"I know Gio, so I wasn't shocked by it," Anderson said. "I definitely know how he feels, because these are the conversations we had before we all [America] got here."

When the pair became teammates in 2017, Anderson noticed Giolito always asked different, more insightful questions about his experience as a black American. Over the course of three seasons, Anderson and Giolito each opened up about his background and upbringing, with the shortstop speaking of his experience growing up black in Tuscaloosa, Alabama, and the right-hander speaking up about growing up in Los Angeles, where he attended the elite private Harvard-Westlake School.

Slowly, Giolito became someone whom Anderson knew he could lean on, a true ally. When Anderson talked with Giolito, he didn't need to walk on eggshells while talking about race with the White Sox pitcher despite their drastically different upbringings. With someone like Giolito, Anderson could truly, unapologetically be himself with a teammate.

When Giolito met Anderson, the pitcher was immediately drawn to the energy and passion Anderson brought to everything he did, on and off the field. Giolito noticed that every day when Anderson came to the ballpark and interacted with teammates, he was always unapologetically himself. Anderson mostly played basketball growing up, away from the culture of unwritten rules that govern baseball.

"That is inspiring to me. And so that's one of the things that I've taken away from our friendship and being around him as a teammate, that passion for excellence, not only as a baseball player, but as a man," Giolito said. "We just talked about this. He represents a lot on our team. He represents a lot to a lot of people on the South Side of Chicago. So it's really awesome to play alongside him and call him a friend."

As the only black player on the Chicago White Sox, Anderson knows he has extra eyes on him, sticking out on the field and in the clubhouse playing for a team on Chicago's South Side, a neighborhood where 93% of the population is black, a declining population among baseball players (in 2019, the number was 7.7 percent in MLB). The shortstop generated controversy in 2019, when his demonstrative bat flip after a home run spurred a bench-clearing argument after Kansas City Royals pitcher Brad Keller plunked him in the subsequent at-bat.

For baseball traditionalists, the bat flip represented the shortstop showing up the pitcher. For Anderson, who points out he never looked at one of the Royals players, the flip represented self-expression, an opportunity to be himself on the playing field. 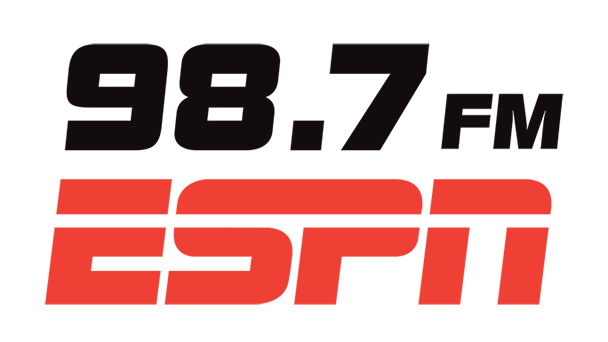 "From being in baseball, I am one of the only black guys. It's different. The bat-flip moment, all of that stuff, we've been talking about," Anderson said. "Gio is definitely a person that I could go to and just be able to say whatever I want and not have to dodge certain questions."

Giolito admired that Anderson was nobody but himself in the clubhouse. The unwritten rules often suppress personality within baseball, and Giolito noticed Anderson brought something different to the table, serving as a change agent for baseball culture.

"He didn't really understand all of these weird unwritten rules that kind of surround the game, most of the rules that have been a part of the game for a long time before any of us got there," Giolito said. "He didn't really play in the amateur levels with that being a focus."

Among generations of older baseball players, rookies often abided by the guidance of veterans. No stirring the pot, seen but not heard until you've accomplished something at the major league level. Giolito said Anderson encourages his teammates to be themselves, unapologetically.

"TA has always been one of the biggest proponents of it doesn't matter how much time you have, it doesn't matter what position you play, how important you are to the team," Giolito said. "When you come in, be yourself, be comfortable. We don't want a bunch of robots. Obviously you can have respect. It's good to respect veteran players and respect coaches, but be yourself, have opinions."

While Anderson has not participated in any of the nationwide Floyd protests, he became one of the first baseball players to speak up about his death and the subsequent protests, posting photos with the graffiti and protest on Michigan Avenue in Chicago, one of the city's most prominent shopping districts.

"I happen to be black, I happen to be good at the sport," Anderson said. "I'm obviously in a sport where in my culture, that's rare. Who's gonna speak for the culture? Who's going to be an example for the culture? We know the numbers for black players are going down in America for baseball. Who's gonna be the guy that spruces things up? I am being an example for the culture. I am in a sport where there are not many black people, but I am comfortable with myself and I'm trying to be an example to draw more African-American kids and bring that excitement to kids, all kids."

Chris Tejeda, who works as a photographer for both the White Sox and personally for Anderson, says Anderson's willingness to be himself and talk honestly about his experience as a black American has a palpable, positive effect on team chemistry.

Anderson hopes that the public death of Floyd and the subsequent protests can spark more honest conversations about race in the clubhouse.

"These conversations start within the front office, being understanding and being open to having certain conversations with players," Anderson said. "I think that organizations, it's kind of like a family. It's a family you get drafted into. When we get drafted, we want to be able to talk about whatever it is, whenever it is. Just being open-minded and not getting your feelings hurt. Just being able to have an open floor and being able to ask questions like me and [Giolito]. He can come to me with anything, it don't matter what it is because I know he wants to understand. Just need more of those guys who want to understand. These are all issues we should be talking about, but everyone is kind of scared to talk about."

Amid all of the chaos nationwide, Anderson has been looking to find any positives out of the aftermath of Floyd's death and its massive cultural impact. As someone who's successfully facilitated conversations around race, Anderson has advice on how baseball players can work together on these cultural delicate issues.

"What can I do? Those are the kinds of conversations going on right now, What can I do? I don't think it's not just what you say, but now it's about our actions now," Anderson said. "We gotta do what's right more so than just say what's right. Just being open, man. If you got a black guy in the clubhouse, sit down with him and get to know him. Get to know where he comes from. Get to know what he's been through. Get to know all the things he's overcome."

But Anderson notes that these conversations are a two-way street.