What we'll call the Jeff Luhnow mentality could be defined as the absolute devotion to gleaning every fragment of advantage, every bit of efficiency, regardless of whether you might drift beyond the bounds of common sense. The ends justify the means; just win the moment, baby.

It's as if Major League Baseball's leadership has embraced the Luhnow mindset in these tortuous labor negotiations, because the owners keep making these absurdly incremental offers at a time when the broader international context calls for decisive and bold action. With a resolution now at least three weeks too late, and counting, the industry is becoming a punchline for sports dysfunction, following antecedents like "the Knicks," "Tonya Harding" and "butt fumble." Every bit of news on America's pastime these days seems to begin with the phrase: "And then there's baseball ..."

It's the Luhnow mindset as applied to labor relations.

Under Luhnow, the Houston Astros were the sport's supreme practitioners of tanking, becoming the first team since the 1962-65 Mets to lose at least 106 games in three consecutive seasons. In Luhnow's first three seasons as Houston GM, the Astros spent a total of $137.4 million in payroll -- $53 million less than the next-lowest team, the Pirates ($190.7 million). The Astros drew a 0.0 in local television ratings for consecutive seasons. They manipulated the service time of some of their best young players, as did other teams. Luhnow's team engaged in ultra, next-level sign-stealing, and traded for Roberto Osuna fresh off his 75-game suspension under the sport's domestic violence policy.

But so long as the math made sense, Luhnow pushed the envelope and the Astros won a World Series in 2017. Of course, in the big picture, Luhnow's management turned out to be a disaster for many reasons besides wins and losses. Under his watch, the Astros helped to drag the sport under a low bar of credibility as other teams tried to replicate his formula, with fans left to wonder if what they paid to see was farcical.

The house of baseball is burning and somebody needs to put out the fire immediately, by making a deal that moves the sport forward beyond this absurd fight over increments.

The opportunity to own the sporting stage in early July is gone. The potential goodwill (and ratings) all but certain for the first big sport out of the gate may be all but squandered.

Chicago Cubs owner Tom Ricketts talking about a cash-flow problem when tens of millions of people have lost their jobs? Not good. Cardinals owner Bill DeWitt, who has seen the value of his franchise multiply by at least a factor of 10, talking about how you can't make money in baseball? Not good.

MLB is staring down a disaster

It's not just the 2020 season at stake, but the future of MLB. Buster Olney »

At a time when some people are struggling to apply for unemployment benefits, nobody wants to hear about the quandaries of billionaires. Nobody should ever hear about minor leaguers having their salaries slashed, in the way that the Washington Nationals and Oakland Athletics intended to do.

But here we are, and the longer this impasse lasts, the more resentful that fans get, as the owners haggle over amounts of money which, when measured against their collective wealth, are pathetically small -- certainly not worth rendering long-term damage to the sport.

The owners don't have a monopoly on shortsightedness, by the way. The union leadership has pushed dominoes that helped lead to this moment through its lack of engagement over the past five years, with the two sides fueling the deterioration of their working relationship into a death spiral. Long before this current situation, MLB Players Association executive director Tony Clark has almost uniformly responded to proposals about everything from pace-of-play initiatives to labor overtures with a hard no. Not, "let's talk about that," or "let's get in a room and kick this around" -- but a flat rejection.

In lieu of dialogue, MLB has seemingly become more frustrated, more draconian in its actions, and the two sides are building nothing together. The two sides are growing nothing. The golden goose they own together is seemingly absorbing significant damage that will inevitably be reflected in the diminished revenues of owners and players.

Many agents fear that while it's very possible that the players might think they will win this moment, because of how they've been unified, there will be virtually no long-term gain for the standoff. The conditions for the pool of what could turn out to be 300-plus free agents in the fall haven't been addressed or improved through agreement. The leverage of this time might've been parlayed to attack larger issues that have hurt the players -- tanking, service-time manipulation, etc. -- but that hasn't happened, and given that the two sides aren't really on speaking terms, hasn't even been explored. In the same way that agents were immediately livid about what they saw as disastrous CBA terms in 2016, they view this chapter as a missed opportunity that will ultimately bear long-term costs because of the lack of productive collaboration and the destruction to baseball.

To engage in this -- especially now -- is crazily myopic, and reminds me of a situation from years ago.

Tony Gwynn was in the midst of his Hall of Fame career when I covered the Padres, and for any writer, he was a gift from the baseball gods. He excelled at his craft, winning eight batting titles and finishing his 20-year career with a .338 average and five Gold Glove Awards, but he was also among the smartest and most eloquent of players, someone who consistently spoke anecdotally. There were cool San Diego evenings when he seemingly wrote your stories for you, first with his actions and then with his observations and words.

Tony really loved what he did and loved to talk about the game of baseball. And underneath all of that, Tony was a really good person, fair-minded, so that he would treat a young writer he didn't know with the same respect as Peter Gammons at the top of the reporter food chain.

In one of those years that I covered Tony, he finished a spring game and held court in front of his locker, answering questions about what happened that day. As the session wound down, the notebooks and pens dipped to the sides of the reporters who were there, and Tony began what he assumed was the off-the-record portion of the conversation. I can't remember exactly what he said, but I think it was about some Padres decision he strongly disagreed with, and his opinion -- which he clearly did not want to express publicly, yet. 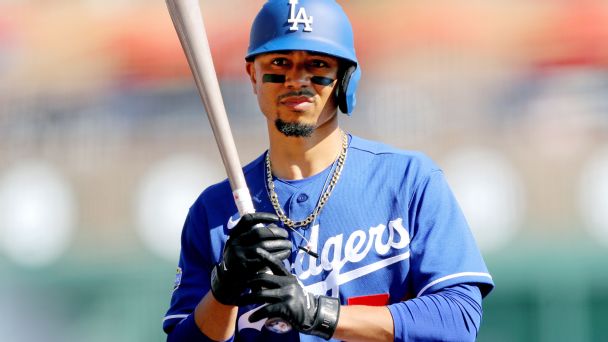 Every franchise has unique but critical choices to make this winter. Buster Olney (ESPN+) »

Well, one of the reporters in the group -- a recent journalism school graduate -- wrote down Tony's criticisms, and for a day, that was the biggest story in Padres camp. Tony had to address the brushfire and he was furious at the reporter, whose explanation was based on a technical point: Tony had never actually uttered the words "this is off the record" before each of his statements.

Tony was livid, feeling as if he had been taken advantage of, and he never again trusted that reporter -- who, yes, won that moment with his scoop, while forever losing access to one of the best and most insightful minds in the sport.

A dumb smart person. Shortsighted, utterly devoid of rationality in that matter.

There's a lot of that going on with baseball right now.

• Given the current context in this country, with so much of its history under reexamination, it will be interesting to see if the owners of the Texas Rangers will be pressured to consider a change.

Thursday: Mark McGwire talks about the 1998 home run chase; Kiley McDaniel reviews the first round of the draft, and the surprising decisions about Vanderbilt's Austin Martin.

Wednesday: Longtime pitcher Andy Benes, one of 17 pitchers to allow home runs to both Sammy Sosa and Mark McGwire in 1998, talks about facing each, the Hall of Fame and PEDs, the pressure that was on McGwire and how he feels about the chase now; Paul Hembekides gives some perspective on the comments of Cardinals owner Bill DeWitt.

Tuesday: Podcast listeners discuss how they feel about the labor negotiations; Vanderbilt coach Tim Corbin talks about the impact of the five-round draft on college baseball, what the $20,000 spending cap means, and top pick Austin Martin.

Monday: Kiley McDaniel previews the draft; Sarah Langs with some perspective on the top feeder schools for talent, for high schools and colleges.