Normally by this time on the calendar, the MLB hot stove is already cooking with at least some major free-agent signings and offseason trades. But this year? Not so much.

While we wait for the movement to pick up, we asked a panel of experts for their opinion on what's to come. Who will be the busiest teams when things finally heat up? Which players are set to cash in? And what will the 2021 season look like as MLB tries to return to some normalcy after the shortened 2020 campaign?

Here's how 20 MLB team executives and baseball insiders answered those questions and more.

Which team will end up making the biggest splash of the offseason?

Usually, Christmas would be late to ask this question, but this year the timing is appropriate. It's obvious that the heart of the hot stove season will extend into the new year.

A few teams, such as the White Sox and Braves, got a head start on their offseason shopping, but most still have a lot of work to do, including the team most often mentioned by our experts. Catcher James McCann could be just the start of a winter spending spree for the Mets under new owner Steve Cohen.

What about the teams chosen beyond the Mets?

"The Angels know their mission," a rare non-New York voter said. "I think [new GM] Perry Minasian has heard all the talk of Mike Trout not making the playoffs. Let's put it this way, we know they're not going to stand still."

Will Trevor Bauer sign for one year or take a multiyear deal?

The NL Cy Young winner has sent some mixed signals on this topic, but most respondents still believe he'll end up with a team for the long haul. One thing Bauer has been emphatic about is wanting to play for a contender every season, but does that make it more or less likely he'll take a deal that will keep him in one place for a half-decade or more?

"He's a cocky guy," said one voter who thought Bauer would sign for just one year. "And next year could see the purse strings open up, so I think he bets on himself to get a better overall deal next offseason."

Many in the game say DJ LeMahieu will return to the Yankees and there's at least a chance J.T. Realmuto will end up back with the Phillies, so where will the other best hitter on the market -- George Springer -- end up?

It's not a surprise the Mets would show up in a big way here. They've been linked to Springer since the day Cohen bought the team. The Blue Jays also keep coming up in conversations with executives, as Toronto admittedly has been on the phone trying to convince big-name players to cross the border.

The best player all 30 MLB teams have traded 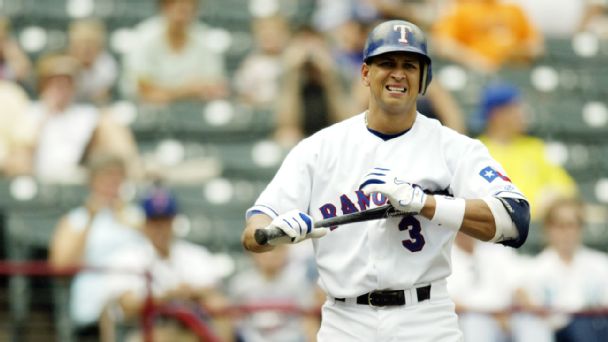 From historic heists to modern blockbusters, we examine the reasons for the most memorable deals in baseball history.
David Schoenfield (ESPN+) »

The Giants, meanwhile, are the sleeper team. They set a good foundation in 2020, but have work to do to compete with the Padres and Dodgers in a top-heavy NL West.

"It comes to this, if the Mets want him they're going to get him," said one voter. "When did we ever say that about them before?"

Who will get traded this off season: Francisco Lindor, Kris Bryant, both or neither?

Executives often say how hard it is to pull off a trade considering how many never get to the finish line, so it's interesting that none took the easy way out with this question. Every single voter thinks at least Lindor will be moved. Both Lindor and Bryant have only one season left before free agency so one way or another, it's likely they both have new addresses by 2022 at the latest.

"I think it's pretty obvious -- kind of like it became with Mike Clevinger -- the Indians are going to move Lindor. Of course, that was partly for what happened off the field. It's just a matter of where and when for Lindor."

Who is the one player most likely to be overpaid this winter?

Some might find it interesting that two closers led the way, but knowing the volatility of relievers -- even those with a proven track record -- it might be hard to argue with the results.

Only two hitters even showed up in responses and seeing Bauer get a vote was a little startling. But Cy Young winners can be overpaid just like anyone else. Time will tell the story in this category.

Two-part question: Do you think spring training will start on time, and will baseball play 162 regular-season games?

If you were wondering what the 2021 season will look like, you're not alone. Even those in the game are unsure. With the NHL and NBA playing shortened seasons, it can't be out of the realm of possibility MLB follows suit. However, those leagues are still recovering from changes to their 2020 calendars while baseball didn't have that problem since the World Series ended in October like normal last season.

No, we haven't a clue how baseball's offseason will play out. We're ranking all 30 teams anyway.
Way-too-early Power Rankings »
Way-too-early MLB awards picks »

Still, spring training is currently scheduled to begin in February, well before vaccinations are widely available -- hence the uncertainty among executives.

"It checks both boxes," one voter said, explaining his answer of no to spring and yes to 162. "The pandemic gets to calm down a little, as we get into spring and more vaccinations are done, but there will still be enough time to get 162 in."

"There will be plenty of seven-inning doubleheaders to get 162 games in," another voter said.

Is the universal DH here for good?

Apparently, not many are following MLB's advice that teams should prepare for 2021 as if there would be no DH in the National League. This decision could come as part of a larger negotiation including everything from expanded playoffs, roster sizes and other rule changes to next year's CBA. Even though most think the DH could be back for good, teams are moving slowly -- much to the displeasure of some agents -- until they get final word on 2021.

"Probably good for consistency in this difficult and uncertain time," one voter from the AL said. "I've always been a fan of the National League game [though]."