ATLANTA -- The city of Guayama, a small, modest town along the southeastern coast of Puerto Rico, basically shut down on Saturday night. Game 6 of the National League Championship Series was underway, and one of its native sons, Eddie Rosario, was starring in it.

"All the businesses, all the restaurants, all the houses -- everybody was watching this game," Rosario's mother, Maria Haddock, said in Spanish. "The entire town was going crazy over this."

Maria was among roughly 15 people from Rosario's inner circle who made the trip out to Truist Park this weekend, many of whom flew in from Florida. Her sister's house, back in Puerto Rico, held more than 40 others. When the Atlanta Braves defeated the heavily favored Los Angeles Dodgers 4-2 to advance into their first World Series since 1999 and Rosario was named the series' MVP, Maria's phone buzzed without interruption. Rosario's father, Eddie Sr., said he received more than 100 messages and answered only one, from his brother.

After Rosario came off the makeshift stage in shallow center field with the gold trophy in hand, his mom enveloped him in a warm embrace. His father followed. They both shared the same three words: "You did it."

In Game 2, he delivered a walk-off single against Kenley Jansen. In Game 4, he homered twice and fell a double shy of the cycle. In Game 6, his fourth-inning three-run homer off Walker Buehler put the Braves ahead for good.

"It's just amazing how locked in he is," Braves manager Brian Snitker said. "What he's doing -- it's been something else."

Among the people on the field with Rosario jerseys postgame was a man named Paquito Diaz, who coached Rosario in Puerto Rico dating back to when he was 4 years old. Paquito has spent the past four years living in Gwinnett, Georgia, about five minutes away from Coolray Field, where the Braves' Triple-A affiliate plays.

Rosario reported there on Aug. 11, 12 days after the Cleveland Indians traded him to the Braves in exchange for Pablo Sandoval in what amounted to a cost-saving deal. Rosario was five weeks into his recovery from an abdominal strain. He was approaching his 30th birthday, nearing free agency and batting only .254/.296/.389 for the 2021 season. But Paquito sensed the quiet confidence he always saw in Rosario.

"I'm ready," Rosario told him during that initial visit. "We're going to do big things."

Rosario batted .271/.330/.573 in a 33-game regular-season stint with the Braves, helping them vault to the top of the NL East despite being five games out of first place at the start of August. They ultimately became the first team to reach the World Series despite not having a winning record until as late as Aug. 6, according to the Elias Sports Bureau, and the third team to win a playoff series against another team that won at least 18 more regular-season games. Rosario was the catalyst.

Rosario was a fourth-round draft pick out of high school by the Minnesota Twins in 2010 and has basically flown under the radar ever since. He has yet to make an All-Star team, but from 2017 to 2020, he batted .281/.317/.493, averaged 24 home runs -- even though the last of those seasons was cut to 60 games because of the COVID-19 pandemic -- and accumulated 8.2 FanGraphs wins above replacement.

October has never been better 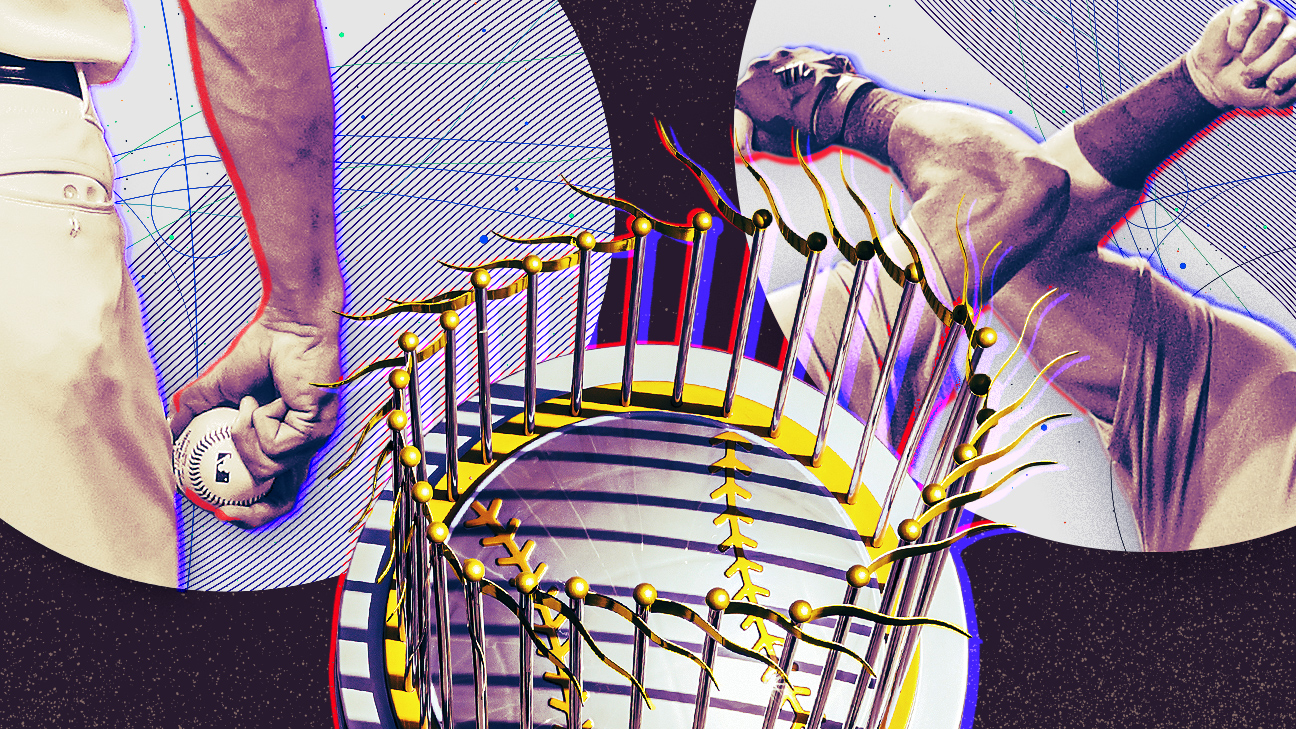 Today's MLB playoffs are more exciting than ever. Here's why.

He had evolved so much from his free-swinging days that the Braves valued him for his ability to consistently make contact, a skill that would pay off in October. Mostly, though, they valued his knack for coming through in tight situations. All told, Rosario added more than a win of win probability to the Braves in this series, tied for the second most ever by a position player in a single LCS, according to ESPN Stats & Information.

A Truist Park crowd of 43,060, representing the third-largest in the ballpark's history, began to chant "Eddie! Eddie! Eddie!" before it was even announced that Rosario had been named the LCS MVP. Rosario, joined by his young son, held the trophy up high and couldn't stop smiling. Midway through his first answer, he exhaled deeply.

It always had been.