JUPITER, Fla. -- The two sides arrive daily at Roger Dean Stadium and break into camps -- the players huddle in the parking lot for a few minutes, some fielding requests for autographs from fans nearby, as the league sets up inside.

After more than two months of looking past each other, offering proposals and counterproposals that have gone nowhere, Major League Baseball and the MLB Players Association have taken their negotiations to Florida -- where there are signs that talks have started to move in the right direction.

But before anyone gets too confident that the MLB season will absolutely start on time -- Opening Day is currently scheduled for March 31 -- the reality is that the sides are still far apart on key core economic issues, and the clock is ticking on the Monday deadline to reach a deal without losing regular-season games for the first time since the 1994-95 player strike. Over the past week, we asked agents and executives not involved in the day-to-day talks what they believe would be a realistic compromise on each of the biggest issues. Here's what they told us.

The issue: The union wants to get young players paid more. It has proposed two ways to do so: First, by getting them to arbitration more quickly. Currently, only 22% of players are arbitration-eligible after two years of service time. The union's last proposal was for 75%, and it also included over $100 million in a bonus pool that would award the top players who aren't yet eligible for arbitration. The two sides are far apart here: The league is steadfast on keeping Super 2s at 22% and has agreed to the new pool, but offered just $20 million.

What insiders say: For decades, most players have needed three years to reach arbitration -- it's highly unlikely the owners are going to cave on that issue, one agent opined. But the bonus pool would allow the league to recognize that the best first- or second-year players deserve much more than a "renewal" of their contract with a slight raise. Enacting the bonus pool and raising the amount of funds is a commonsense solution: The money will go to the best players, not just all those who have reached two years of service time. Both owners and players should get behind that, one official said.

In fact, one suggestion was to include the amount of money in the pool within negotiations -- whether it's $30 million, $50 million or $100 million in the first year -- and let the union decide how to split it up. Among the top 30? Top 150? That's up to them. Either way, it's new money into the system: a clear win for the players.

The issue: Baseball lags well behind the other sports in minimum salaries. In 2021, it was $570,000. NHL rookies make $750,000 with similar-sized rosters. With the career span of a player less than five years, it's incumbent on the league to raise the minimums, and it's a key priority for the players. The league raised its offer this week for minimums to start at $640,000 and increase by $10,000 each year of the deal. Players want it to begin at $775,000.

What insiders say: Agents are biased, but they prefer a $1 million minimum. At the very least, the league needs to raise this figure to keep up with the inflow of cash that owners are getting from other CBA additions this year, like expanded playoffs and patches on uniforms. Players entering the league for the first time will be wearing those patches and perhaps participating in the postseason. Their careers might last 10 years or two. Starting them with a number that will raise the average salary of the entire union membership is simply fair -- several executives even acknowledged as much. It shouldn't be a cent below $700,000 -- and perhaps plenty more.

The issues: According to the players, the cycle of rebuilding teams has gotten out of hand. It takes up to half the league out of the bidding for players every offseason, crushing the demand while the free-agent supply is plentiful.

Teams that clearly aren't going to win in a given season also have no incentive to bring up top prospects and give them a year of service time. Even the contenders tend to hold players down for a few weeks in order to keep them from getting to free agency for an extra season, but the issue is much more prevalent for teams entering a season with no chance of competing.

The union did narrow its ask for first-year players to be awarded service time on Thursday. Previously, it requested the top-seven finishers in Wins Above Replacement (WAR) among infielders, catchers and designated hitters to receive a full year. On Thursday, it dropped that to the top five. Among outfielders and pitchers, instead of the top 20 in WAR receiving a year of service, the union asked for the top 15.

To help combat tanking, a draft lottery that would keep the worst team in baseball from automatically getting the No. 1 overall pick has been discussed in proposals and seems likely to appear in the new CBA. As part of Tuesday's negotiations, MLB added a fourth team -- up from three in previous discussions.

The union also eased its proposed draft penalties for losing teams, realizing that not all are tanking each year, according to sources. 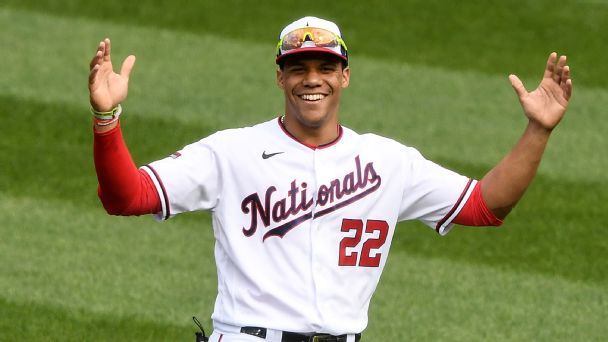 What insiders say: These issues are where many believe that the players won't make as much progress as they'd like. They've asked for flexibility on how service time is calculated, particularly for players who get accolades or awards. But that'll be hard to get through the owners -- some executives believe the union should accept the league's proposal, which gives out extra draft-pick incentives for keeping top prospects on the big league clubs.

With everything else on the line, there's simply not enough energy to fix the tanking issue in one negotiation -- though a payroll-floor CBT-style tax wouldn't be a bad idea (so far, the league has offered only one along with a significantly-lower CBT ceiling). Small-market teams would never vote for it, though.

The draft lottery is an attempt to disincentivize tanking, but a four-team system isn't enough according to sources on the players' side. The union would like to see an eight-team lottery to prevent a race to the bottom of the standings each season.

There isn't a great, doable avenue to completely avert the tanking cycles without payroll floors and caps. It's why many believe the players need built-in ways to make money, like the pre-arb pool.

The issue: In 2021, the first threshold of competitive balance tax sat at $210 million. The owners' latest proposal offered a slight raise throughout the life of the next agreement, beginning with $214 million and ending at $222 million. The league also wants to increase the financial penalties for teams for going over the tax. The union believes harsher penalties will further de-incentivize teams from spending -- and that the threshold is too low, anyway. It has asked for it to go as high as $245 million in 2022.

The union also wants to see less revenue sharing with the smaller markets -- it sees it as a way for the bigger teams to keep more of their money and spend up to (and beyond) the CBT.

What insiders say: This issue is one of the biggest sticking points in negotiations. It affects big- and small-market teams, along with star players who want to keep as many bidders in the process as they can. The most suggested compromise: The union should drop its request to change the revenue-sharing system, and the league should raise the competitive balance tax in a significant way.

Some midmarket teams, like the St. Louis Cardinals, wouldn't be thrilled with a big raise in the CBT -- it'd be harder for them to compete with the richer teams -- but at least their revenue-sharing take would be intact. This move would preserve that cash flow to smaller markets but also enable teams that want to spend on a player -- not a tax -- to do so.

A good starting point for the first threshold in 2022 would be the ending figure from the league's last offer -- $222 million. The league could still offer stiffer penalties than those in the last CBA, but perhaps not as harsh as their current proposals -- and those penalties should come only on the higher thresholds, not the first one.

Revenues are up in baseball, so payrolls should be too. Why tax a team that wants to spend? The league believes competitive balance is at stake -- but no one is telling the small-market teams to have tiny payrolls.