That isn't to say these haven't been evaluated at length. Even if you can look past the legend of the Iron Horse, the games played streak, the martyrdom of his tragic death and the "luckiest man alive" speech, or the stable counterpoint he provided to the equally legendary Babe Ruth during the first half of his career, it's just flat-out hard to top Gehrig's statistical legacy: .340/.447/.632, 493 homers, two MVPs and six titles, essentially crammed into just 14 years as a full-time player.

Similarly, Wagner is especially problematic as targets go. If not for Bill James' writing about Wagner over the years, he might be more famous for the value of his baseball card than the value of his performance. (That might still be true.) So when you have one of the co-founders of sabermetrics basically say 30 years ago, "Conversation over," well, that's good enough for most people. It's tough to be you, Cal Ripken, Ozzie Smith or Derek Jeter. And while Alex Rodriguez might have the numbers, narrowing the gap with 118.3 WAR to Wagner's 131.0, these days the guy probably gets discounted for PEDs or time spent at the hot corner.

By WAR, it looked as if Albert Pujols would catch Gehrig because of the cruising altitude he established as a Cardinal. But now Pujols is at 99.8 WAR and slowing down as an Angel, and the Iron Horse is still way out in front with 112.4. Beating Gehrig by counting stats doesn't help much: Pujols already has more hits and homers and will ultimately pass him in RBIs in another couple of seasons. 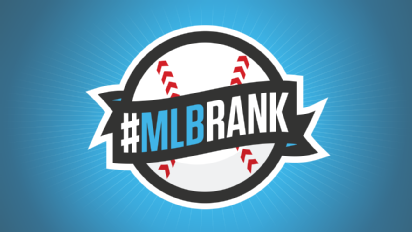 The numbers that support Wagner and Gehrig deserve deeper consideration if we're really going to try to be fair to the present.

With Wagner, you're talking about a very different game in the dead ball era, a period before you can even claim all of the best white talent in North America belonged to and played MLB-brand baseball. That game is recognizable, but different, more defense-dependent at a time when the talent pool drawn from a significantly smaller population of Americans and white immigrants.

With Gehrig, you need to get into the unchanging problem of massive competitive imbalance, a product of small leagues with multiple non-competitive franchises. Let's take 1934, one of Gehrig's best seasons, as an example.

Same as ever, there are just seven opposing teams. Four of them wind up with losing records, and another finishes at .500, so the Yankees have only two serious opponents. (They lose out to the Tigers.) So who was Gehrig hitting against? Not the best pitching staff in the league, because that belonged to the Yankees. Four of the top 12 ERA qualifiers were his teammates, and he doesn't have to face them. Facing the St. Louis Browns, Chicago White Sox, Philadelphia A's and Washington Senators -- the losing half of the league -- Gehrig hits an incredible .376/.500/.831 in 88 of 154 games. Against the two winning teams, the ones with pitching, he slugs .462.

That's the '30s for you in a nutshell: a statistical slaughter with half the league populated by patsies and without African American and Latino players who were shut out because of their race. Now you tell me: Which pitchers are going away if the game were integrated to include black and Latin talent? Not Lou Gehrig's teammates, but a whole lot of the people Gehrig feasted on suddenly go away.

The Gehrig and Wagner arguments boil down to this: Via WAR or OPS+ or your own understanding of all of the numbers we have, you have faith in our measuring their relative extraordinary superiority over their peers in smaller leagues with deliberate personnel limitations and an uneven distribution of talent. You can have that faith, and it relies on a lot of data for support -- at the same time that you turn a blind eye to what's going on in the game that creates that data. Of course, you could make the same kind of case for Randy Bass in Japan if you wanted to. Or a professional softball player moonlighting in your beer league. But why those don't work is because we don't take it on faith that those leagues are as competitive as MLB. As David Schoenfield points out, nobody would take seriously a proposition that George Mikan is still the NBA's greatest center.

The question there is why we don't do that with baseball as well. But instead, while keeping Gehrig and Wagner on the perches, we play this game of make-believe with the math, that somehow this one game has historic yardsticks and standards that we should venerate to try to make an apples-to-apples comparisons of the greats from the past to the greats we see now. We're really working with apples and passion fruit.

When you consider the challenges, logistical and competitive, the year-round demand on the players, the information going into the staying at the highest level, we might just want to get out of trying to force the comparisons. We know about Albert Pujols or Derek Jeter what we could never know about Gehrig or Wagner: what they could do against the best competition on the planet in the most competitive era in the game's history. Let's credit them for that.