In the mid-1990s, Major League Baseball welcomed three young shortstops with enough talent and charisma to redefine the position and take the game to new heights. When scouts watched Derek Jeter, Alex Rodriguez and Nomar Garciaparra appear on the landscape en masse, they considered it the greatest thing since the invention of the hotel frequent guest program.

With every base hit, home run trot, double-play pivot and accurate throw from the hole, the three wunderkinds put their stamp on the game.

And Garciaparra captured a rookie of the year award and made five All-Star teams in Boston before transitioning to first base with the Los Angeles Dodgers at age 32.

Two decades ago, the precocious trio combined with Edgar Renteria, Alex Gonzalez and Rey Ordonez to set the standard for shortstop potential. But the passage of time and a bold new wave have rendered them passé.

Compared to the shortstop crop of 2016, the 1990s gusher looks like a faucet drip.

On rosters throughout the majors, shortstops are blowing minds with their athleticism and competitive intensity. They're having a significant impact on pennant races and threatening to dominate the landscape for years to come.

Among such seasoned observers as Marlins infield instructor Perry Hill and Phillies coach Larry Bowa, the shortstop wave is an ongoing topic of discussion and rave reviews. The veteran baseball men love what they see, even if they can't pinpoint a reason for the phenomenon.

"You always hear about scouts going out and looking for athletes, and shortstops and center fielders are the best athletes on the team," Hill said. "I don't have an answer for you, but they all came at once. Maybe it's something in the water."

Ask any talent evaluator, and he'll tell you every positional crop is subject to bountiful and fallow periods. In the early 2000s, newspaper stories lamented the absence of high-quality third basemen on big league rosters. That notion seems almost quaint today when Toronto's Josh Donaldson is coming off an MVP season and Nolan Arenado, Kris Bryant, Manny Machado, Kyle Seager, Todd Frazier, Mike Moustakas and Matt Carpenter are among the third basemen putting up numbers for teams with postseason aspirations.

Baseball personnel people perpetually grouse about a shortage of catching, and as Minnesota general manager Terry Ryan points out, it's awfully hard to find a good five-tool outfielder these days. The most impressive thing about the new shortstops is their ability to contribute on both sides of the ball.

"There's a cycle in this position stuff, and all of a sudden we're coming up on a cycle," Ryan said. "We're going to have a wealth of young, gifted shortstops with athleticism, and some of these guys have some kind of power too. That's quite a combination when you can do that.

"There's a cycle in this position stuff, and all of a sudden we're coming up on a cycle. We're going to have a wealth of young, gifted shortstops with athleticism, and some of these guys have some kind of power too. That's quite a combination when you can do that." 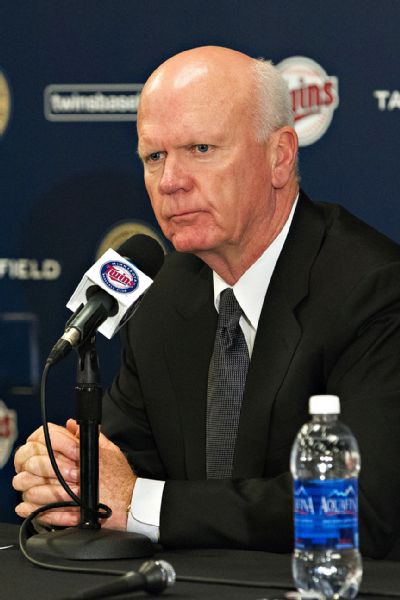 "That's an unbelievable group between 20 and 25 who are going to solidify the position for a long time. Not only can they play defense and run and steal a base. They can also keep a defense honest because they have strength in their bat. A lot of people have shortstops who will go out there and play defense. You know they're going to make the fantastic plays, but they might be more of a 9-hole hitter. These guys are up there in the 2-3-4-5 area. That's the difference."

MLB's middle infield dynamos run the geographical gamut. Correa and Lindor hail from Puerto Rico, while Simmons, Bogaerts and Albies represent the Dutch Caribbean. Jung Ho Kang (a shortstop playing third base in Pittsburgh this year) is a native of Korea. Hechavarria and Detroit's Jose Iglesias hail from Cuba, and Escobar, Arcia and Torres will try to perpetuate the great Venezuelan shortstop tradition led by Luis Aparicio, Dave Concepcion and Omar Vizquel.

In part because of the success enjoyed by Cal Ripken Jr., A-Rod, Jeter and other tall shortstops, teams are no longer so quick to pigeonhole rangy guys as third basemen or outfielders-in-waiting. When Bogaerts was working his way through Boston's system, some talent evaluators eyeballed his 6-foot-3 frame and speculated he would eventually outgrow the position. The same thinking applied to Correa, who stood 6-foot-4 and weighed 190 pounds when Houston selected him No. 1 in the 2012 first-year player draft.

The Dodgers, similarly, have resisted the temptation to move Seager, who is Ripken-esque in stature at 6-foot-4 and 215 pounds.

The ultimate measure of success for the current crop will be its staying power. Among MLB players who have logged at least 40 percent of their time at shortstop, a total of 36 have amassed a career WAR of 40 or better. Only 17 players in that group achieved the feat since the advent of divisional play in 1969, according to Baseball-reference.com.

A certain amount of attrition is inevitable in making career projections. Three or four years ago, any list of elite shortstop prospects would have included Texas' Jurickson Profar, Cincinnati's Billy Hamilton, Javier Baez of the Cubs, Machado of the Orioles and possibly Minnesota's Miguel Sano. Then fate, injuries and attrition intervened and their career paths went in different directions.

Profar's progress has stalled because of shoulder problems. Machado overcame two knee surgeries to blossom into an All-Star third baseman. Hamilton has shifted to center field, where his bat remains a liability. Baez is reinventing himself as a utility man with Chicago.

And Sano officially outgrew the shortstop position when his weight spiraled above 250 pounds (or 270, depending on which media outlet you prefer).

"It's hard to fathom that Miguel started out there," Ryan said, "but he still tells me he can play shortstop."

It's hard to blame Sano for wanting to be where the action is. Only the passage of time will put today's shortstop class in its proper historical perspective, but the group appears to have a lot more boom than bust to it. As the esteemed baseball philosopher Carly Simon once observed, these are the good old days.