Daniel Cormier said it before his fight with Stipe Miocic. You can go back and hear it in interviews. The future champ-champ just about called his shot.

Cormier did indeed knock Miocic out to win the heavyweight title at UFC 226 in July 2018, just the way he said he could. The victory made Cormier one of only two fighters at the time to hold two UFC titles in different weight classes concurrently, with Conor McGregor being the other. And it might not have been possible without Cormier's film work.

Before the bout, Cormier noticed that hole in his opponent's defense by watching Miocic's past fights. It's an underrated aspect of Cormier's greatness, and a skill that has made him one of the top MMA fighters to ever live. 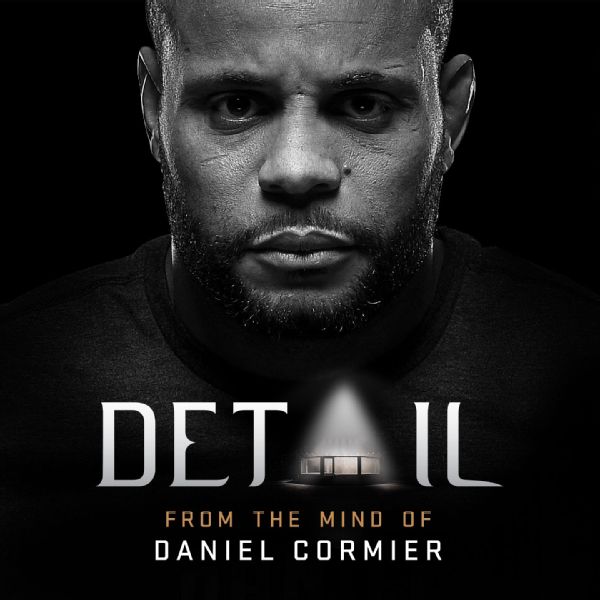 Cormier brings his mind for breaking down fight film to ESPN+ this week with the show Detail, which takes an in-depth look at Amanda Nunes ahead of her women's bantamweight title defense against Holly Holm in the co-main event of UFC 239 on Saturday night in Las Vegas.

Detail, Cormier explained, is for the hard-core fans and the current and future fighters who are trying to up their game. Kobe Bryant does NBA breakdowns for Detail; Peyton Manning does NFL breakdowns for Detail. And now, Cormier will be the one bringing viewers his extensive knowledge of breaking down tape of mixed martial arts. The Nunes show is the first of five episodes he's taped.

So how did Cormier pick up Miocic's weakness in the clinch? He'll be able to articulate that evaluation process in Detail.

"I pick up on those little things, because I'm always looking for those little, little, small points that I think I can exploit," said Cormier, who will defend his heavyweight belt against Miocic in a rematch at UFC 241 on Aug. 17 in Anaheim, Calif. "That showed itself in that fight and I think that's what you're gonna see over the course of a show."

Cormier, 40, said he first watched film of an opponent in 2011 for his Strikeforce heavyweight grand prix reserve bout against Jeff Monson. He was 7-0 in MMA at the time, still relatively new to the game after a decorated amateur wrestling career. Cormier knew the competition was about to get steeper, so he had to do his homework. After watching tape on Monson, a great grappler, Cormier said he knew his path to victory was through remaining upright -- even though Cormier's bread and butter, especially then, was his wrestling.

"I wasn't ready to beat him positionally if we were doing long grappling exchanges," Cormier said. "So I needed to be upright for as long as I could be upright. So, we watched Jeff enter into some takedowns, we watched his tricks to get guys to go to the mat with him and we tried to avoid all those traps. And it showed itself in the fight."

Cormier won that bout by unanimous decision, and film work has been a part of his camps ever since. It's the first thing Cormier does to prep for an opponent. That's where he notices those minute tendencies and passes them on to his coaches: Javier Mendez, Bob Cook and Rosendo Sanchez of American Kickboxing Academy.

"Film work is very vital and I think everybody should adopt this," Cormier said. "All the best fighters in the world go over film. They may not go over it endlessly. Like I said, I'll watch fights at the beginning on someone and then my coaches take it from there. And if there's something else they see, they'll call me in and we'll go over that thing, too. After I've done the early film work, I start to see them implementing the game plan in the training room.

UFC 240 features dominant featherweight champion Max Holloway defending against veteran Frankie Edgar, who at 37 might be competing for a title for the final time. In the co-main event, Cris Cyborg aims to bounce back from just her second career defeat against the unbeaten Felicia Spencer.

UFC 240 Content
• Viewers Guide to UFC 240
• Both fighters make weight for UFC 240 main event
• The triumphs of Frankie Edgar
• Will Edgar be able to withstand Holloway's high-volume striking?
• Where could Cyborg land in free agency?

Cormier said he also watches himself on tape to see what he might be doing wrong. That's one thing you'll get on the show, too, Cormier promised. He will not be afraid to criticize.

"It's not constant praise," Cormier said. "When people are making mistakes, I will highlight it."

It's also a skill he brings to commentary, as was the case in a recent fight involving UFC middleweight Zak Cummings. Cormier was the third man in the booth with play-by-play announcer Jon Anik and analyst and top bantamweight Dominick Cruz. Cormier said he saw something Cummings was doing, lifting his lead leg up right before he attacked. He stayed quiet while he continued to evaluate the situation, a luxury in a three-man broadcast team. And then he called it out. Anik and Cruz noticed he was correct.

Now, with Detail, he gets to watch and break down that tape after the fact, not in real time. Cormier said he really enjoyed some of the things that he has discovered -- things that might not be apparent to the naked eye.

"I'm such a fan of mixed martial arts," Cormier said. "So, when I'm watching I can see something that stands out so much to me that I'm almost giddy about it. I'm like, 'Wow, I didn't see this on the first run. I didn't see this when I'm calling the fight on commentary.' But now as I'm watching, I'm like, 'Oh wow, this is something special.' I look for those little, little things that the blind eye might not see and I try to bring it into focus."

Cormier cherishes the opportunity to join the likes of Bryant and Manning and be the person on a big platform to impart his knowledge of MMA. He understands that responsibility, and believes this is another step toward MMA being embraced as "one of the greatest sports in the world."

"I get to watch fights and talk to the world about the little, little, small details about what's happening in there that you might miss with the general eye," Cormier said. "I truly do believe, though, that as much as I would love all the fans to watch the show and have them get a better understanding of the sport ... this is for the guy that someday wants to become a Daniel Cormier, an Anderson Silva, a Jon Jones, a Dominick Cruz, a Henry Cejudo, a Max Holloway."