LAS VEGAS -- The UFC signed four more prospects from Dana White's Contender Series on Tuesday, just one week after handing out a record five contracts on the show.

The new signees are heavyweight Don'Tale Mayes (7-2), middleweights Antonio Arroyo (9-2) and Brendan Allen (12-3) and bantamweight Ode Osbourne (8-2). White likely would have signed all five of this week's winners had featherweight Kevin Syler not missed weight before his decision win against Lance Lawrence.

White said the UFC does not have a specific number of contracts targeted for this season. If the UFC boss likes what he sees, he intends to offer a contract. 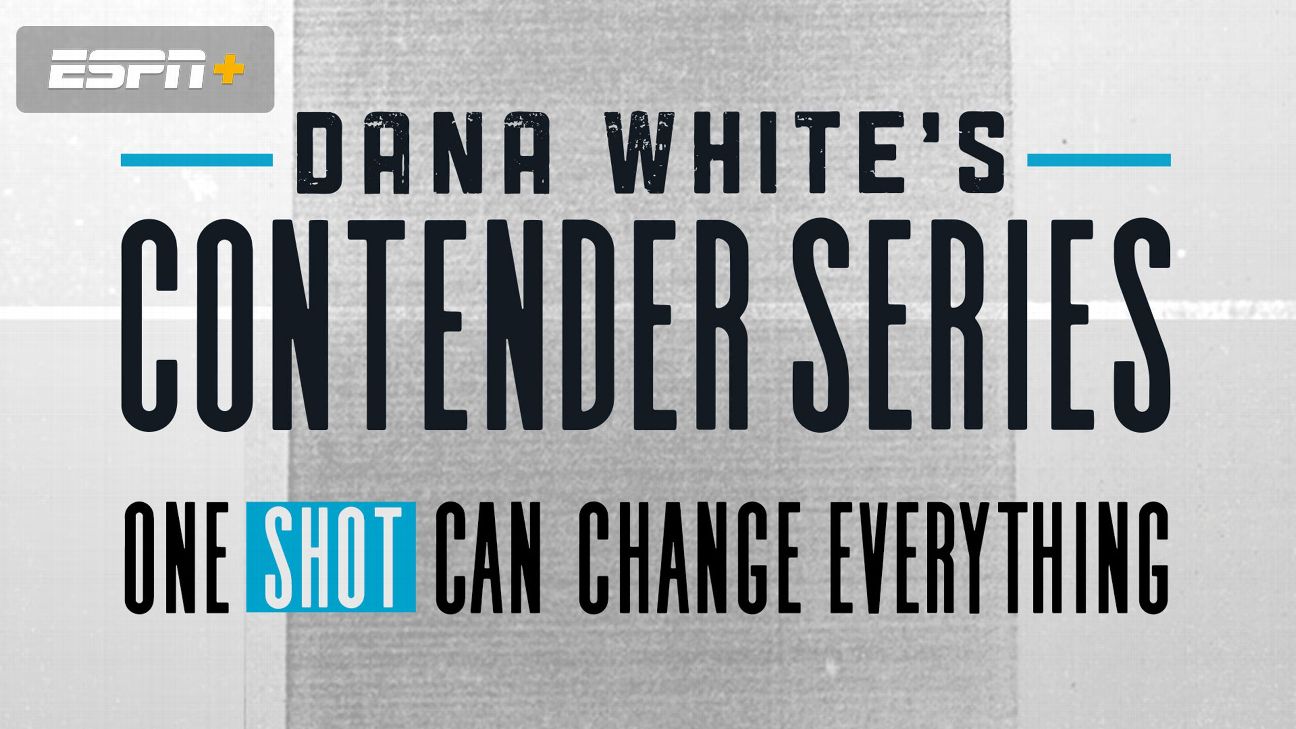 Focused on finding the next generation of UFC talent, Dana White's Contender Series will give 10 fighters the biggest stage of their lives to show they have what it takes to make it. Replay the entire season on ESPN+

"This show is about talented guys who come in and fight other really talented guys," White said. "If you win in impressive fashion and show me the things I'm looking for, you're in. It's not about how many contracts we want to hand out."

For Mayes, of Kentucky, it was his third appearance on DWCS. He lost to current UFC heavyweight Allen Crowder in August 2017 before posting a knockout win over Mitchell Sipe in 2018. He earned a contract by knocking out Ricardo Prasel with a left hook in the final second of the opening round.

Arroyo, of Brazil, submitted Stephen Regman (9-4) at 3:31 of the second round. Arroyo hurt Regman with kicks to the body and legs early, then dropped him with a right kick to the head in the next frame. Regman survived initially on the canvas, but Arroyo showcased his ground game by moving to mount and eventually into an arm triangle choke.

Allen and Jeffery exchange punches in first round

Brendan Allen and Aaron Jeffery exchange punches to the head in Round 1. For more UFC, sign up here for ESPN+ http://plus.espn.com/ufc

Allen, who trains out of Roufusport in Milwaukee, secured a rear-naked choke against Aaron Jeffery (6-2) at 3:23 of the opening round. A former Legacy Fighting Alliance champion, Allen dropped Jeffery with a knee before finishing the bout via submission.

White expressed some hesitancy in signing the 23-year-old but pointed out some of Allen's experience against UFC talent.

"You look at this kid, and he's fought [UFC veterans] Eryk Anders and Anthony Hernandez," White said. "I'm gonna do it. I'm gonna give this kid a shot."

Osbourne, of Jamaica, was extremely impressive in a submission victory over Armando Villarreal (5-2) at 4:39 of the first round. The 27-year-old staggered Villarreal early with a straight left hand and hurt him again moments later with a head kick. He surrendered a takedown late in the round but caught Villarreal in an armbar and produced a verbal tap.

Osbourne tags Villarreal with a knee to the head

Ode Osbourne shakes up Armando Villarreal with a knee to the head in Round 1. For more UFC, sign up for ESPN+: http://plus.espn.com/ufc.

"It takes awhile for my muscles to get warmed up," said Osbourne, who works as a middle school teacher. "I was trying to warm up a little so I could get the lightning going, because once the lightning starts, the whole room goes black."

Syler, the only winner not to get a contract, apologized for missing weight for his featherweight bout. He weighed in at 152.5 pounds, which is 6.5 pounds over the limit. He said he would move up a weight class if signed to the UFC, but White said he couldn't sign an athlete who had missed weight.