There were so many questions surrounding Khabib Nurmagomedov heading into Saturday's title fight, his first without his late father, Abdulmanap.

In the end, Nurmagomedov looked better than ever. That's not hyperbole. That's fact.

He dominated Justin Gaethje from the get-go. He controlled the pace of the fight, took the center of the cage and imposed his will.

It looked as if he was a man on a mission en route to submitting Gaethje in the second round. A man on a mission to win for his father, who died in July of a heart condition complicated by the coronavirus. 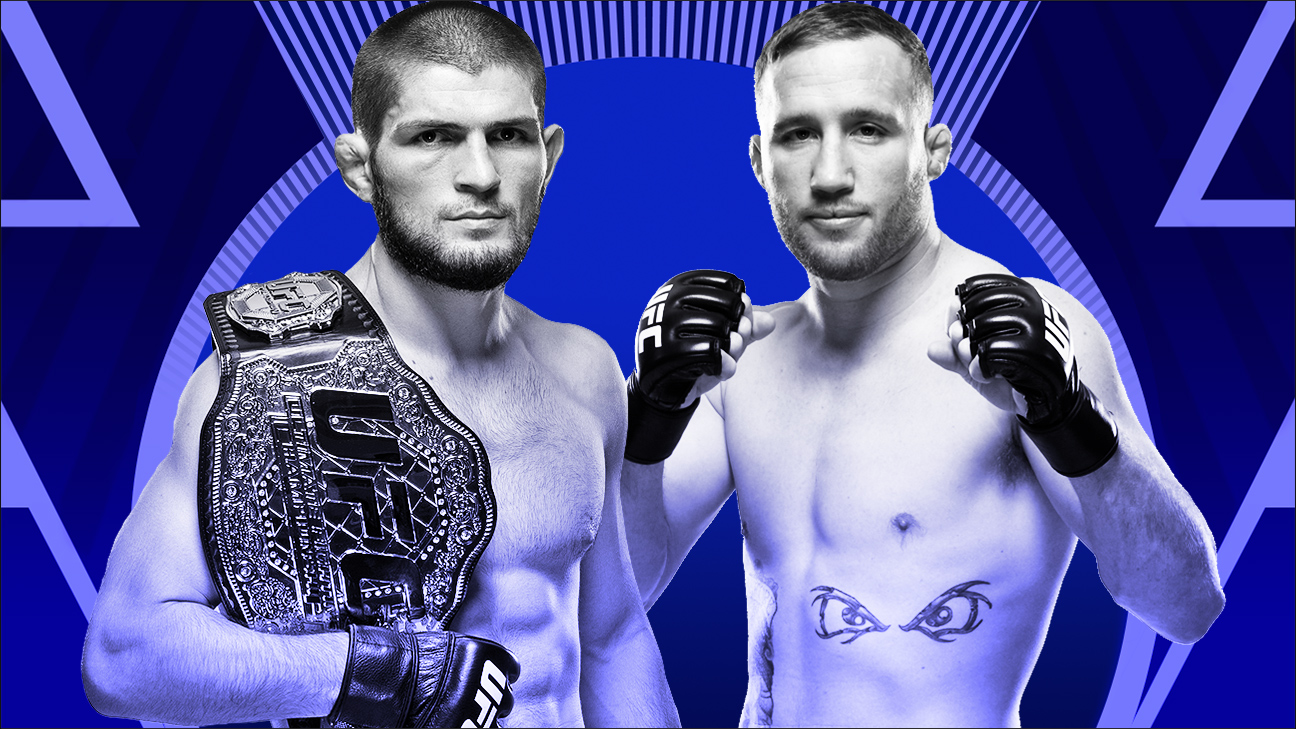 And when it ended Saturday in Abu Dhabi, Khabib couldn't stop crying. There he was, the best fighter on the planet, weeping uncontrollably. He had done such a great job of publicly suppressing his feelings leading up to this fight, one had to wonder if he would break in the aftermath. Well, he did. And you can't blame him.

Immediately, I was reminded of the scene when Michael Jordan couldn't stop crying after winning the NBA Finals in 1996 against the Seattle SuperSonics. You remember that moment, right? Father's Day. His first title since the murder of his father, James.

It's a moment basketball fans will never forget: seeing the greatest player of all time cry for his father while laying on the floor, clutching a ball.

MMA fans just witnessed a similar scene play out with arguably the greatest fighter of all time.

There's one big difference between those two scenes, though.

You see, Nurmagomedov had to answer a lot of questions about his dad leading up to this fight. He handled those questions with grace and class. But he kept one answer to himself.

The great ones overcame adversity to achieve glory.

He revealed after the win to Jon Anik that he promised his mother he would retire after this fight. He promised her he would not continue without Abdulmanap by his side. He took off his gloves and placed them in the center of the cage, as is tradition when a fighter calls it a career.

Nurmagomedov's mother isn't as well known to the public, but Khabib is just as close with her as he was with his father.

So, truth be told, in one way, this isn't a total shock. He discussed retiring after his 30th pro fight, which would have been his next one. So, it comes one fight early.

But it's hard to digest because of how dominant he is. An athlete hasn't left in his prime this way since Jordan did during his first retirement in '93. That's how good Khabib is right now.

But who can blame him? There aren't many challenges left. Would the Georges St-Pierre fight have been fun? Yes. Absolutely. It would have been an amazing scene. Fascinating theater. Would a Conor McGregor rematch have been amazing? Yes. I'd love to see that, too.

But if you know anything about Khabib, it's that he has always followed "Father's plan," and the fact that he feels as if he can't continue without his father by his side seems like a perfect ending to a legendary career.

"Father's plan" is now mission accomplished. Nothing left to prove.

No one seems super excited to talk about an Adesanya-Whittaker rematch, and I get it. Whittaker, who won a unanimous decision over Jared Cannonier on Saturday, doesn't talk trash. He barely talks at all. You ask him about his next fight, and he talks about putting up his Christmas tree with his family instead. He's one of the most respected men in the sport, in part, because he's going to stay true to himself and not really discuss his next move. So, you have that aspect of it, the fact Whittaker isn't going to get anyone hyped for a rematch using his words. And then you have the fact this fight just happened one year ago, and Adesanya won convincingly in a second-round knockout. It's not the makings for a blockbuster rematch.

But at the end of the day, Whittaker has the best chance at dethroning Adesanya. He's still world class. He's still elite. He has a high fight IQ and he did admit that ahead of his first meeting, he was feeling burned out with MMA, and it's impossible to say that had zero effect on him. It might not be the massive headliner the sport wants right now, but it's the right fight to make. No one has a better shot at dethroning Adesanya right now than Robert Whittaker.

Which prospect was the most impressive?

Magomed Ankalaev is still just 28 years old and he looked absolutely dominant in stopping Ion Cutelaba with strikes in Round 1 on Saturday. The two fought in February, a controversial Ankalaev TKO. Cutelaba appealed the result, claiming he was not really hurt, never went down and was attempting to bait Ankalaev into committing on shots. The UFC booked a rematch and this time Ankalaev left absolutely no doubt he was the better man.

The Dagestan native seems as if he's going to be a force in the evolving UFC light heavyweight division, which has a new champion in Jan Blachowicz. Ankalaev has won five straight in the UFC and has finished four of those victories via TKO. This was his biggest win to date. Ankalaev surely seems like the real deal -- and nearly ready to go from prospect to contender.

Alexander Volkov entered UFC 254 as the best fighter on the card not appearing in any promos. He left with a striking display and knockout that should open some eyes in the heavyweight division.

Walt Harris opened looking lean, light and quick. Volkov stuck to striking basics to win the opening round, picking apart Harris with jabs and body shots that made the American suddenly stationary. Over the 6-minute, 15-second fight, Volkov landed all 11 body shots he attempted, included the teep kick that spelled the end for Harris. It was the second knockout stemming from body strikes in UFC heavyweight history, the first since Alistair Overeem permanently derailed Brock Lesnar's hype train at UFC 141.

Celebrating his 32nd birthday at the event, Volkov sees only one younger heavyweight ahead of him in the rankings: Curtis Blaydes. Volkov has won six of eight fights in the UFC, and was cruising toward a win over Derrick Lewis before suffering an 11th-hour knockout in one of the losses. A rematch is as sensible now as ever, as Volkov further showed he's not done climbing the ladder.