ESPN's panel of Ariel Helwani, Marc Raimondi and Jeff Wagenheim breaks down the biggest stories coming out of Saturday's UFC Fight Night card, including a look at Rafael dos Anjos' split-decision win over Paul Felder and what it means.

Helwani: Let's make something very clear right off the bat: No one actually lost that main event.

Yeah, sure, the record books will say Rafael dos Anjos beat Paul Felder via split decision, but I don't care about all that: Felder didn't walk out of the cage a loser.

And that's not because I scored the fight in favor of Felder. On the contrary, I scored it for RDA. Five rounds to none. (Don't get me started on that completely ridiculous 48-47 scorecard for Felder.) But when you consider that Felder accepted this fight a measly five days ago, the fact that he went the distance with someone as good as dos Anjos is an impressive victory in its own right. 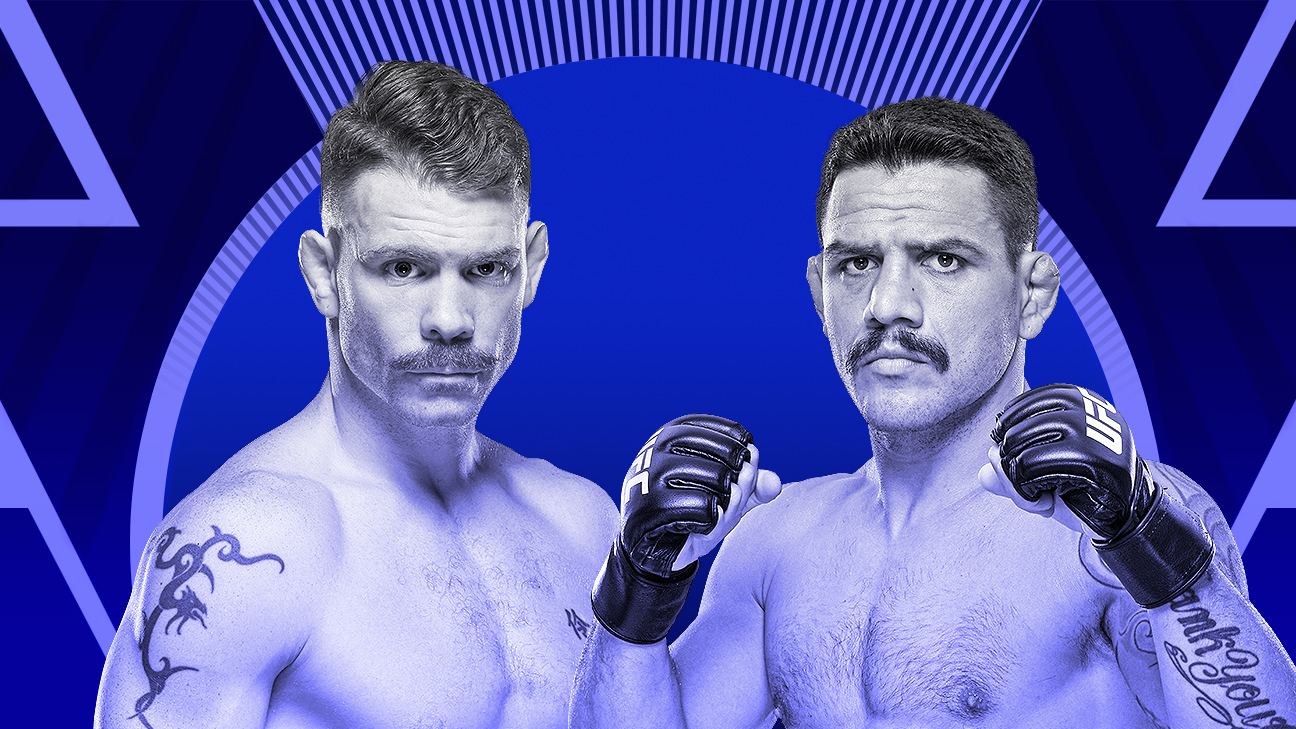 All fights from UFC Fight Night: Felder vs. dos Anjos will be available to watch on ESPN+.

In other words, Felder has absolutely nothing to be ashamed of. This was always going to be a tall order.

I sincerely hope he isn't too down on himself right now, and by the looks of his demeanor after the fight, he isn't. Felder looks and sounds like a rejuvenated fighter who has a few more years left in him all of a sudden. Funny how you can sometimes win even in defeat in this sport.

You know, all week long, the talk heading into this fight centered around Felder saving the card, and rightfully so. But, as a result, RDA -- as well as his return to lightweight -- got completely overshadowed.

And that's pretty much the story of RDA's career, right? The soft-spoken Brazilian has been overlooked for years. He has been perpetually underrated and has never received proper credit for seemingly never turning down a fight.

I mean, just look at his record: The man has fought every top contender and every rising star. He never picked his spots. Never played the rankings game. He just fought.

And more often than not, he won. Though, not early on.

Did you know he lost that fight via knockout to Jeremy Stephens?

And did you know he lost his first two UFC fights? Did you also know he started his UFC career a mediocre 4-4? It wasn't pretty early on.

I'll never forget when Clay Guida broke dos Anjos' jaw at UFC 117 in 2010. That was his third UFC loss in six fights. It was a brutal injury. I would have never guessed that broken fighter would turn into the man we saw on Saturday.

You know the rest of the story. RDA evolved beautifully and eventually became lightweight champion when he dismantled Anthony Pettis at UFC 185.

A year and a half later, he lost the belt when he got knocked out by Eddie Alvarez. He stuck around lightweight for one more fight (a decision loss to some guy named Tony Ferguson) and then moved up to welterweight. The weight cuts became too taxing.

His run at 170 was nothing to write home about -- that's what happens when you fight the likes of Kamaru Usman, Colby Covington and Leon Edwards -- and he stayed there for over three years until his triumphant return to 155 on Saturday.

And you know, I think we all kind of forgot how good the lightweight version of RDA was.

Is he older? Yes. Has he been around the block? Yes. In fact, he surpassed seven hours of Octagon time for his entire 30-fight UFC career Saturday, which is just astounding.

Instead, he'll ultimately be defined as a former champion, a future Hall of Famer and a man who went toe-to-toe with some of the best fighters ever.

And who knows, maybe he has one more title run left in him. One more under-the-radar chapter to write.

Respect to both men for making this fight and event happen tonight.
Good fight!
I'm in for sure.

No one is really talking about him as a contender right now, and lord knows many chuckled when he called out McGregor in his postfight interview.

But, hey, if we've learned anything about dos Anjos over the past 12 years, it's that he does his best work when we aren't paying attention.

HE DID IT AGAIN 🤯@khaosOXwilliams landed the boom in 30 seconds at #UFCVegas14 pic.twitter.com/tsrKkSxPYP

Raimondi: Khaos Williams has spent exactly 57 seconds in the UFC cage. In that time, he has two absolutely vicious knockouts. "The Oxfighter" slept Abdul Razak Alhassan with one blistering right hand in 30 seconds Saturday night. Back in February at UFC 247, Williams destroyed Alex Morono in 27 seconds with punches. At 26 years old, Williams is absolutely the real deal.

People talked about Khamzat Chimaev's first two fights in the UFC over the summer. How about Williams? I'd argue Williams has done it against better competition, too. And more violently. Khaos, whose real first name is Kalinn, has kind of come out of nowhere. He was not a prospect outside the Midwest. Williams came from the unheralded WXC promotion in his native Michigan and fights out of the up-and-coming Murcielago MMA camp under coach Joaquin Rodriguez. Keep an eye on this man.

By refusing to panic, Cory McKenna became a legit prospect

Wagenheim: Sometimes a prospect shows off with dominance. Other times -- and this was the case with Cory McKenna -- the most eye-opening takeaway is resilience.

McKenna was at her best, it seemed, when her positioning was at its worst. Kay Hansen had the grappling bona fides and it showed, as she threatened submissions at several points over the course of the three rounds. But every time, McKenna found a way to not simply survive but turn the tide her way. Never was that more apparent than in the final minutes, when McKenna escaped Hansen's full mount and an arm-triangle choke attempt and finished the fight dropping punches and elbows on a bloodied Hansen.

Again and again in this bout, which was McKenna's UFC debut, the young strawweight from Wales was out-positioned yet continued to deliver damage, undeterred. Hansen is a serious threat on the canvas, but McKenna was the one landing the more telling blows, even when she was on her back.

This approach will become increasingly perilous for McKenna as the 115-pound competition gets stiffer. Nonetheless, this was a statement victory. In a clash of 21-year-olds, Hansen was the one who walked into the cage wearing the "prospect" tag. McKenna was the one who walked out of the cage with a fourth straight victory, having left an impression as a fighter to watch.