Earlier this week, I called Saturday's fight against Charles Oliveira a crossroads moment for Tony Ferguson.

Ferguson's loyal fan base didn't like that label. They felt it was too harsh. After all, he had just won 12 fights in a row before losing to Justin Gaethje in May, they said. How could this be a crossroads fight already?!

Turns out, it was much more than a crossroads fight for Ferguson. We learned on Saturday that Ferguson's days as a lightweight contender might be over. At least for now. That's a hard pill to swallow, I know, but it's the truth.

You see, Ferguson didn't just lose to Oliveira, he was thoroughly dominated. He was outclassed. He was never really in the fight.

Sure, it went the distance, but you could make a strong case Ferguson lost every round by a score of 10-8. Add a few more seconds to the end of the first round and he likely would have lost via submission, too.

The fear after the loss to Gaethje was that it wouldn't just be a momentary stumbling block for Ferguson, but rather the kind of loss that would change his career forever. The damage he took in that fight suggested it might prove to be the latter.

Saturday night, we learned that appears to be the case.

Am I putting too much stock into one loss? No. Because it's now two straight. And they came against the elite at 155.

Because make no mistake about it: Oliveira is an elite lightweight. I wouldn't call you uninformed if you told me right now he's the best 155er on the planet not named Khabib Nurmagomedov. He's that good.

You see, while we've all been fixated on the likes of Nurmagomedov, Gaethje, Conor McGregor, Dustin Poirier, Michael Chandler, Dan Hooker et al, Oliveira has gone 8-0 since 2018. Going into this fight, he had won all seven fights via stoppage, which was one short of Anderson Silva's eight-fight victory via stoppage record, and he holds the record for most submissions in UFC history with 14.

Charles needs to fight someone for a belt next

Amazingly, he's only 31. He has been in the UFC since 2010. That was his 27th UFC fight. It took some struggles in the cage and on the scale while competing as a featherweight, but he has finally put it all together as a lightweight.

To put his run into context, Michael Bipsing holds the record for most UFC fights before fighting for a belt. It took Bisping 25 fights before he finally got the call. Oliveira has obviously already passed that mark, which is remarkable.

And could you imagine Oliveira, with his ground game, going up against Nurmagomedov? What a battle that would be.

Regardless, Oliveira has arrived. He is a player. He will be in the title mix next year, no doubt about it. If you ask me, he should be no more than one more win away from fighting for the belt. As we all know, the top of the lightweight division is a logjam right now, but them's the facts.

Another fact? What has happened to Tony Ferguson is nothing short of a travesty. 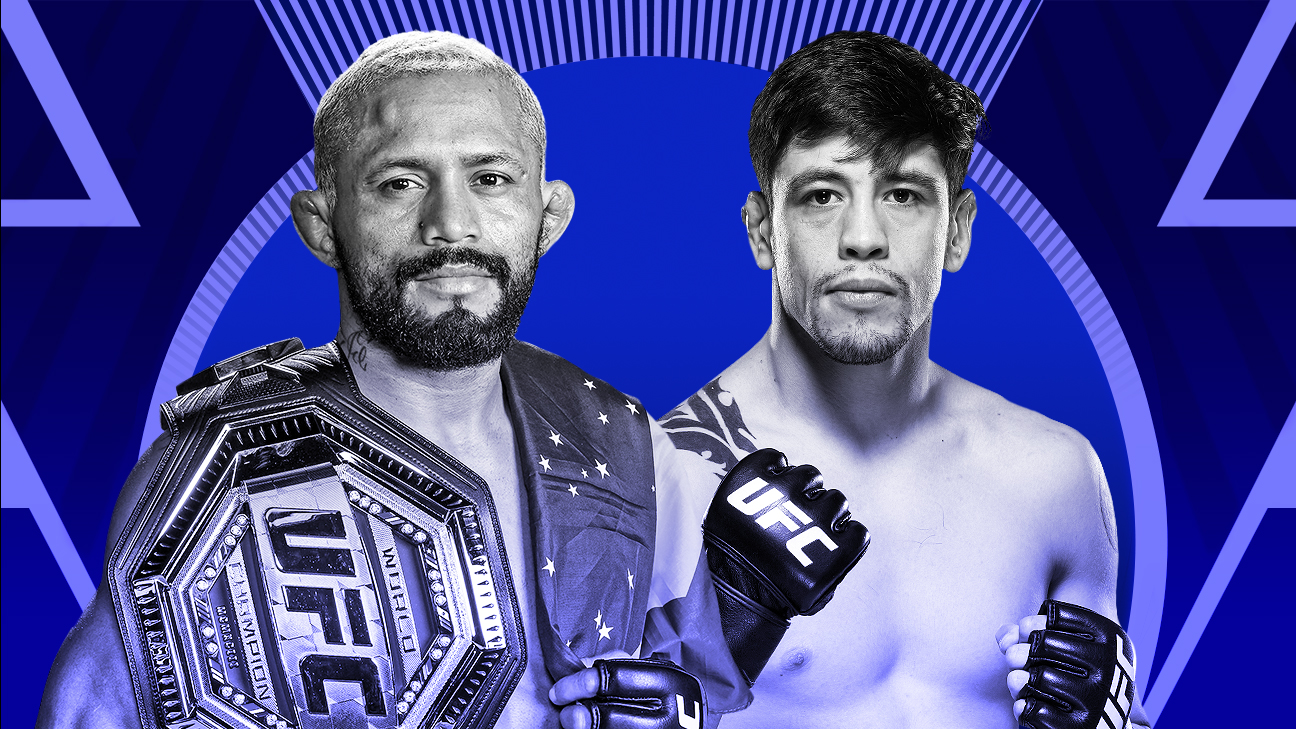 If the pay-per-view is purchased, all fights from UFC 256: Figueiredo vs. Moreno will be available to watch on ESPN+.

You know the story by now. Twelve wins in a row, yet he never fought for the actual undisputed title. That's a record, by the way. Some of it was his fault, most of it wasn't. Just sheer bad luck and circumstance.

It's hard not to feel bad for Ferguson. The fight game can often be cruel, and no one knows this better than Ferguson.

Could he turn it around? Sure. I am certainly not suggesting he's not a top-10 fighter. But considering that aforementioned logjam, his age (he turns 37 in February), the talent at the top of the weight class, plus the way he looked in his two losses this year, the road back to a title shot seems long and daunting at the moment.

Ferguson started the year getting ready for a showdown with Nurmagomedov. In fact, believe it or not, it was exactly a year ago that they held a news conference in Vegas to officially announce the fight for April in Brooklyn.

A year later, so much has changed. Nurmagomedov has retired, and Ferguson has lost two in a row.

Who saw this coming? Not many.

Meanwhile a new face -- who just so happens to be a familiar one -- has emerged as a legitimate contender in the UFC's deepest weight class.