Marina Rodriguez did not arrive in Las Vegas until Thursday, two days later than every other fighter on the card. The Brazil native had struggles getting a visa into the United States because of COVID-19 and spent 20 hours in travel over Wednesday and Thursday morning.

None of that ended up mattering Saturday.

Rodriguez defeated Michelle Waterson, using her Muay Thai striking effectively en route to a unanimous decision (48-47, 49-46, 49-46) win in the UFC Fight Night main event in Las Vegas. It was one of the best performances of Rodriguez's career.

"There were so many challenges, but the big thing was just armoring my mind," Rodriguez said after the fight through a translator. "The whole team put our shields up. We knew it would be different and we couldn't be shaken by it."

The initially scheduled main event Saturday was former bantamweight champion TJ Dillashaw taking on top contender Cory Sandhagen. But Dillashaw withdrew last week because of injury. That bout will be rebooked. Rodriguez and Waterson didn't agree to this bout -- up a division at flyweight because of the timing -- until April 27, and the UFC didn't make it official until this past Tuesday.

The first three rounds featured Rodriguez chewing Waterson up with big right hands, knees out of a Thai clinch and elbows with Waterson against the cage. As hard as Rodriguez tried, though, she could not get the durable Waterson out of there. And Waterson mounted a huge comeback in the fourth round.

Waterson took Rodriguez down in the fourth and landed big elbows from half guard. In the fifth round, Waterson landed a head kick that wobbled Rodriguez and caused bad swelling on the left of her jaw. Waterson followed that up with a side kick to the body that clearly hurt Rodriguez. In that final, eventful round, Rodriguez was able to score a head kick late that did damage to Waterson. 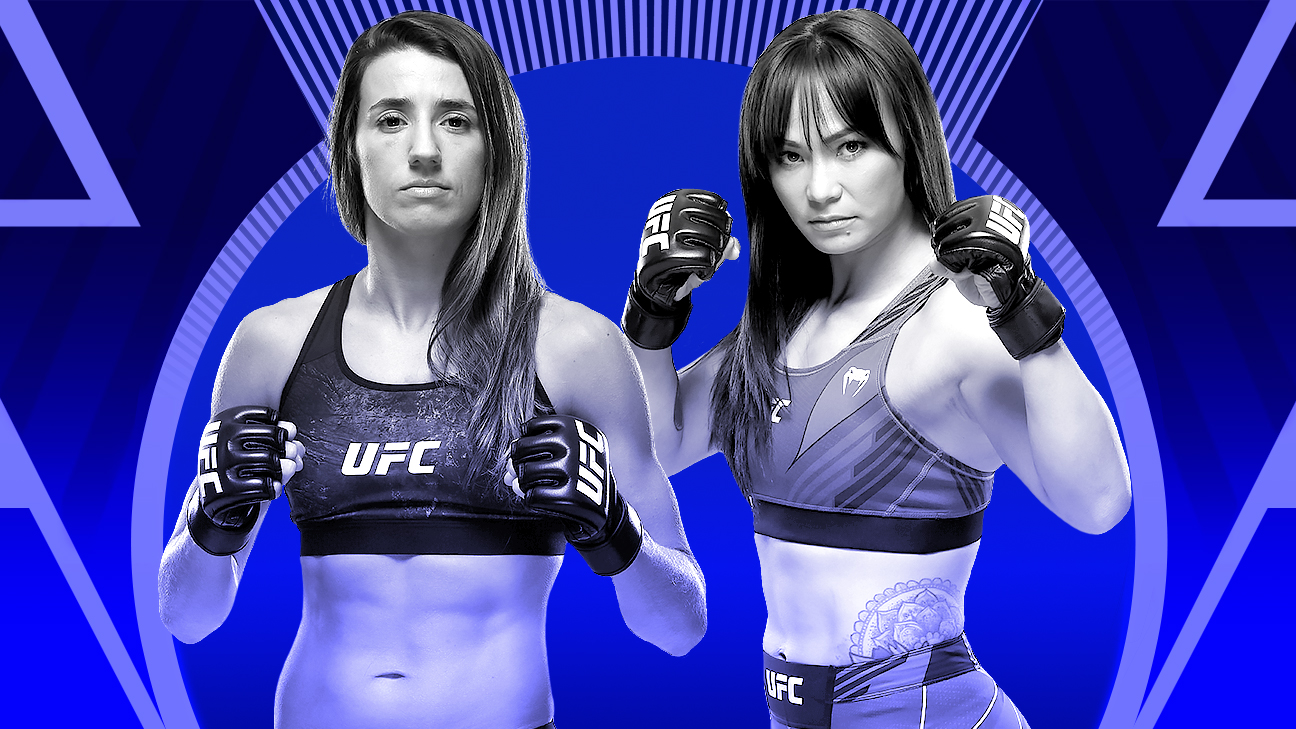 All fights from UFC Fight Night: Rodriguez vs. Waterson will be available to watch on ESPN+.

Coming in, ESPN had Rodriguez ranked No. 6 in the world at strawweight and Waterson ranked No. 9. Rodriguez said the key factor about overcoming her prefight travel chaos "was we were able to come in, show the work we did and get the victory even with everything going against us."

Rodriguez added that she aims to target a top-three opponent -- maybe Joanna Jedrzejczyk -- for her next fight and said she feels like she is close to a title shot.

The bout took place with COVID-19 protocols in effect at the UFC Apex, the facility across the street from the promotion's corporate campus.

Rodriguez (14-1-2) has just one loss in seven UFC outings and now has two straight wins. The Muay Thai specialist was coming off a second-round TKO win over prospect Amanda Ribas in January. Rodriguez, 34, has lost only to former champion Carla Esparza in the UFC, but she has a pair of draws against Cynthia Calvillo and Randa Markos.

Waterson (18-9) is the former Invicta FC atomweight champion and one of the most popular women's fighters on the UFC roster. Fighting out of New Mexico, Waterson was coming off a split decision win over Angela Hill last September, which snapped a two-fight losing skid. Waterson, 35, has won four of six fights overall.

"[Waterson is] so experienced," Rodriguez said. "That's the thing I knew going into it. When she was Invicta champion, that was [around the same time as] my first Muay Thai class. I looked up to her, too. I knew she was very tough. To go five rounds with her and win, it's an amazing feat for my career."