Saturday's UFC Fight Night card was built around heavyweights looking to build (or rebuild) momentum, and it delivered for first-round winners Jairzinho Rozenstruik and Marcin Tybura in their TKO victories over Augusto Sakai and Walt Harris, respectively.

But it also was an opportunity for fighters lower down the card who were looking to right the ship. Santiago Ponzinibbio was on a seven-fight win streak with multiple performance of the night bonuses when injuries derailed his momentum. His return against late replacement Li Jingliang in January was a disaster. But Ponzinibbio fought past a tough first round and picked up his first win since November 2018 over Miguel Baeza. 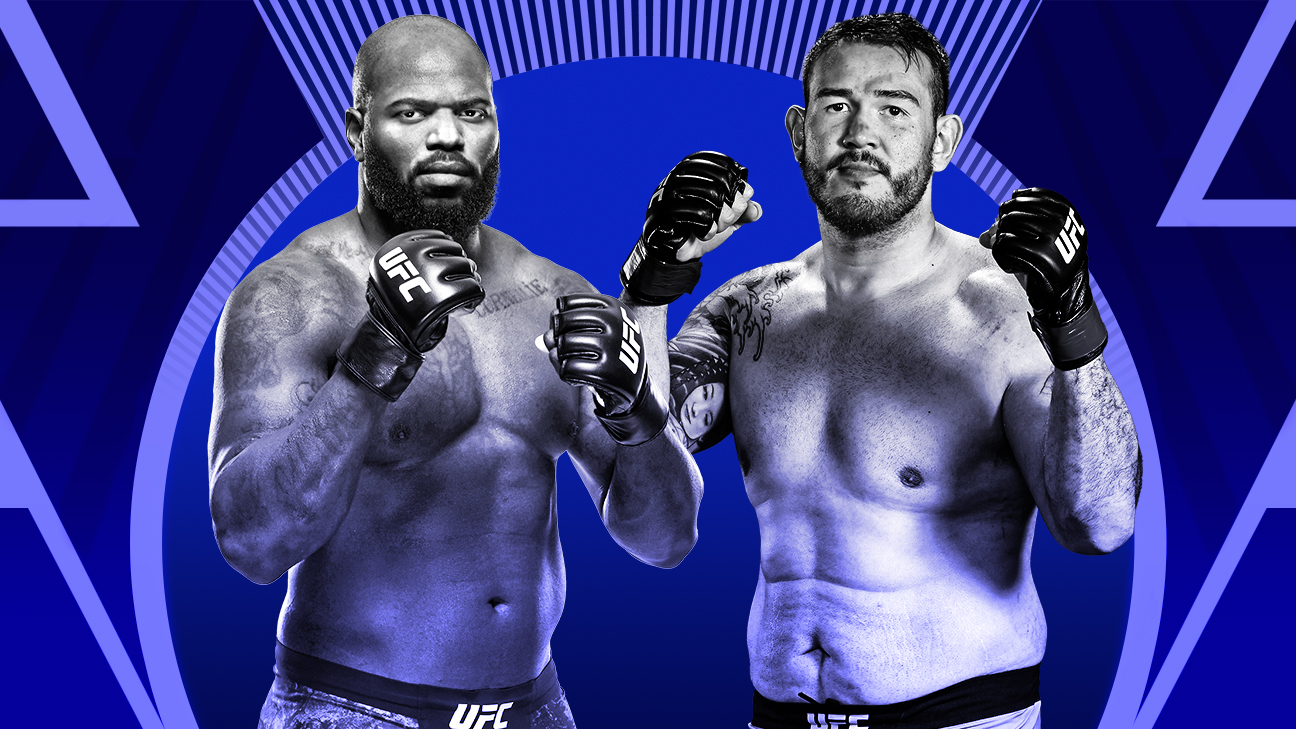 All fights from UFC Fight Night: Rozenstruik vs. Sakai will be available to watch on ESPN+.

Montana De La Rosa, a veteran of the UFC's women's flyweight division, had only one win in her past four fights dating back to June 2019. But with a victory over Ariane Lipski on Saturday -- the first TKO win of her career -- De La Rosa showed she still has room for growth at just 26 years old.

Brett Okamoto and Marc Raimondi dig into what they learned from these key fights.

Here's what I mean by this. Saturday's victory was obviously a fantastic result for Rozenstruik. Just what the doctor ordered. His most recent fight -- a five-round decision loss to Ciryl Gane in February -- was difficult to watch. Rozenstruik didn't even really test Gane in that fight, because Rozenstruik refused to put himself out there and take the necessary risks to win. On Saturday, the result was great, and the activity was better. Rozenstruik attempted 29 strikes -- which isn't exactly busy, per se, but he was more active than he was against Gane.

We already knew Rozenstruik had ridiculous power coming in. And as much as I want to look at what happened on Saturday and say Rozenstruik is a legitimate heavyweight title contender, which the sport could always use more of, I can't do it. I'm not hating on Rozenstruik at all. Obviously, what he did was impressive. But we need to see more if we're going to think of Rozenstruik as a real title threat. -- Okamoto

Marcin Tybura might be most underrated heavyweight in UFC

There is absolutely zero flash to Tybura's game. He isn't especially physically overwhelming or dynamic. For a heavyweight, he doesn't even really punch all that hard. But the Poland native has an incredible chin and is remarkably durable. For the second straight fight, he weathered the storm against a very dangerous power puncher and ultimately got the finish. Tybura did it to Greg Hardy back in December and then again to Walt Harris on Saturday. Very quietly, Tybura has five straight wins -- tied for the most in the division with champion Francis Ngannou and Gane.

Underrated is a tough word. Tybura is a former M-1 heavyweight champion. He did come into the UFC with some expectations. But there was a stretch between 2017 and 2019 when Tybura lost four of five bouts. At that point, most figured Tybura would either be cut or become cannon fodder for the rest of the division. That has not been the case. Tybura credits breathing exercises with helping his cardo. And you know what? Whatever he is doing is working. Consistency is hard to find at heavyweight, a division with a long line of hulking men who have dynamite in their fists. Fights can end at any time. But Tybura has found consistency, and there is a lot to be said for that. -- Raimondi

Santiago Ponzinibbio and Miguel Baeza leave it all in the Octagon at the end of their bout at UFC Fight Night.

It's cliché, I know, but Santiago Ponzinibbio is back

It was a rough first round against Miguel Baeza, and that's now two of those in a row for Ponzinibbio, who also had a pretty rough opening round against Li Jingliang in January, in which Ponzinibbio was finished at the 4:25 mark. But outside of continued first-round woes, this performance was inspiring stuff from Ponzinibbio. And it was reminiscent of his old form. Ponzinibbio is a welterweight who fights on passion and uses his toughness and his power to his advantage.

After that first round, the story was written: "Ponzinibbio, who won seven in a row, suffers unfortunate injury layoff and is never the same." A second straight loss seemed inevitable. Baeza had him where he wanted him. Ponzinibbio turned it around, and by the third round, you couldn't even tell the trauma his leg underwent in the first five minutes. There's a will to win here that will keep Ponzinibbio dangerous.

Montana De La Rosa gets Ariane Lipski on the mat and overwhelms her with strikes for the TKO win.

De La Rosa feels like one of the most tenured fighters in the UFC women's flyweight division, because she absolutely is. De La Rosa made her debut in the UFC at 125 pounds in 2017, just a few weeks before there was even a champion crowned in that weight class. Despite her lengthy history in the division, De La Rosa is still only 26 years old. There is still a ton of time for growth, and I think we saw some of it in a dominant performance and finish of Ariane Lipski on Saturday night. De La Rosa has always had very good wrestling. But she was able to use that wrestling on Saturday to finish Lipski. It was the first TKO finish of De La Rosa's career.

De La Rosa has just two losses in eight UFC fights. She is a veteran at this point. Calling her a prospect would be inappropriate. But you can absolutely say that she is up and coming. The women's flyweight division is wide open, and it's not out of the question to think De La Rosa could be about two wins away from a title shot, especially if she continues on this trajectory and keeps getting finishes. -- Raimondi