There were dominant performances by champions, title-fight upsets and a surprising phenomenon that appears to be gaining momentum. About the only thing the MMA world didn't have in the first half of 2021 was a card in front of a packed house in Las Vegas.

That will change on July 10, when Conor McGregor and Dustin Poirier complete their trilogy at UFC 264 in T-Mobile Arena.

In the meantime, a look back at the past six months reveals several performances -- and moments -- worthy of recognition. Our 13-member panel picked the top fight, best male and female fighters, the most spectacular finish, top prospect and the biggest surprise.

Oliveira celebrates his win with Rogan, Dana and the Houston crowd

Charles Oliveira celebrates his TKO vs. Michael Chandler with Joe Rogan, Dana White and by going into the Houston crowd

This is the best fight of the first half of 2021 not merely because it ended in an exciting stoppage that crowned a successor to the great Khabib Nurmagomedov as UFC lightweight champion. What also makes this the best bout so far this year is that it nearly crowned a different champ.

Conor McGregor and Dustin Poirier will complete their trilogy on July 10, and a lightweight title shot will be on the line in front of a capacity crowd in Las Vegas.

Oliveira was the one who got the belt wrapped around his waist after he dropped Chandler with a left hook in the opening seconds of Round 2. But that was just the surprise ending of a winding story full of plot twists. Chandler knocked down Oliveira twice in the opening round, and at one point he had him locked in a tight guillotine choke.

By the end of the first five minutes, it appeared that the UFC was on the verge of having a new champ, and 19 seconds into Round 2 that did turn out to be the case -- except it was a different guy from the one who ended Round 1 looking like the fight was his for the taking. A surprise ending. The biggest stakes. What more can we ask for?

Chael calls 'Thug' Rose 'one of the greatest of all time'

Chael Sonnen marvels at Rose Namajunas' amazing knockout of Zhang Weili and apologizes for previously not recognizing her as one of the greatest of all time.

This isn't a case against Amanda Nunes or Valentina Shevchenko in the pound-for-pound conversation. Their résumés are above reproach. Both defended titles as decided favorites in 2021, and both looked the part on fight night. But if narrative and trajectory weren't factors, "Fighter of the Year" awards would just be P4P snapshots.

Namajunas made history knocking out Zhang Weili in April, becoming the first female with multiple UFC title stints in a weight class. She was nearly a 2-to-1 underdog against the perceived buzzsaw, a champion unbeaten in 20 fights spanning nearly eight years. That was until Namajunas combined speed, dexterity and power with a head kick knockout to reclaim the strawweight throne and turn the deepest women's division on its head. While other women's champions struggle to find challengers who will, well, pose a challenge, Namajunas' win kicks open a door of compelling possibilities. Any opponent in the top three is a dream of style or storyline, or both. And Namajunas will be favored in every one of those pairings.

Namajunas' decision over Jessica Andrade last year to earn the title shot was woven with a theme of redemption. The knockout of Zhang in April could prove the beginning of an extended reign.

Jiri Prochazka capitalizes on a few early openings and appears to hurt Dominick Reyes in Round 1.

Frankly, Usman stands out in this category by a wide margin. He's not just winning fights, he's not just defending his title -- he's cementing his case as an all-time great. In 2021, he passed Jon Jones as ESPN's No. 1-ranked pound-for-pound fighter in the world. He is forcing a debate over who is the greatest welterweight of all time, between himself and Georges St-Pierre. He is finishing his opposition, emphatically.

He not only posted a third-round drubbing of his former teammate, Gilbert Burns, on Feb. 13, but he added a highlight-reel, walk off knockout of one of his biggest rivals, Jorge Masvidal on April 24. He's been active and he's widened the gap between himself and the rest of the division.

If Usman's second half of 2021 looks anything like his first, we'll be putting it right up there with some of the greatest one-year campaigns in the sport's history. He is undeniably the "Fighter of the Year" to this point. -- Brett Okamoto

Ben Askren shares his perspective on the fight against Jake Paul and is adamant that the bout was not rigged.

The spinning elbow that finished Dominick Reyes was really just the cherry on top of a Prochazka performance that was bursting with bold flavors.

For the nearly two rounds that the light heavyweight bout lasted, Prochazka showed off unorthodox relentlessness, delivering strikes from unexpected angles and awkward stances and positions. And while he absorbed some strikes as well, Prochazka mostly displayed a defensive prowess that was paradoxical, in that he was hard to find while at the same time perpetually in the face of Reyes.

When Prochazka put Reyes on retreat midway through Round 2, he continued to land punches even while following his opponent to the cage and then along the fencing. Once Reyes had only the energy to stand his ground, Prochazka put a new spin on the flow of his attack.

The picking-up-steam torso twist that delivered a fast-moving elbow to the Reyes cranium gave Prochazka his 12th straight win. And the breathtaking, memorable finish propelled the Czech 28-year-old to the front of the line of 205-pound title contenders.

Novelty boxing permeating the MMA ecosystem is not only the biggest surprise of the last six months in the MMA world, it's actually one of the most popular things currently going on in sports. The boxing match between YouTube-star-turned-prizefighter Jake Paul and UFC veteran Ben Askren, a former Bellator and ONE Championship welterweight champion, was a major draw on April 17. 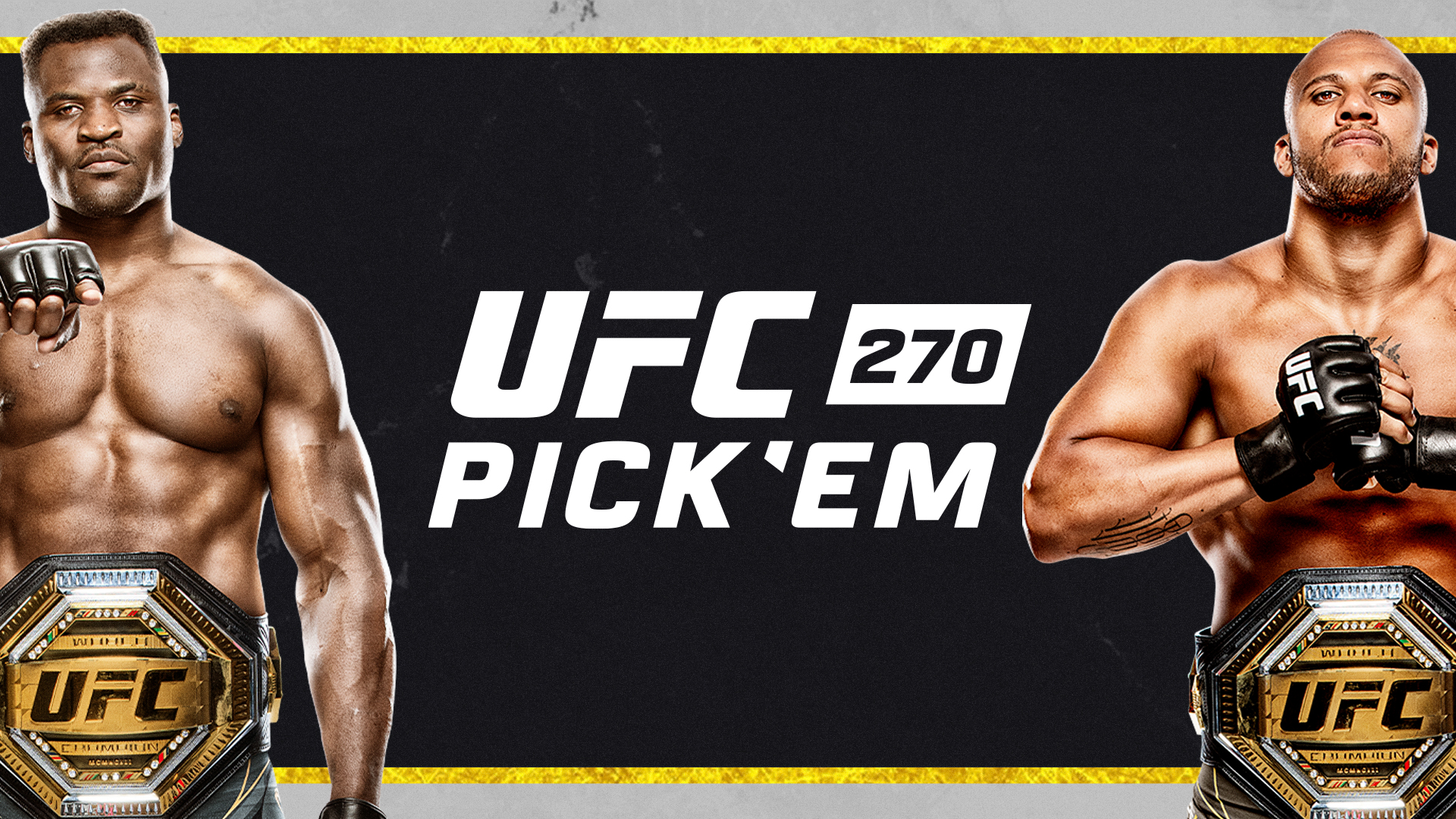 A few weeks after beating Askren, Paul attended UFC 261 in Jacksonville, Florida and got booed lustily by MMA fans, who chanted "F--- Jake Paul!" while actual high-level UFC fights were going on. It was the first card in front of a capacity crowd since the beginning of the pandemic, and the focus during a three-championship-fight card turned to a Paul-Daniel Cormier confrontation near the stands.

UFC president Dana White started to grow irritated because of how often he was asked about the latest callouts from his fighters toward Paul, or vice versa. White has said he won't allow a current fighter to box Jake or his brother Logan Paul.

Then there was an impressive performance by 46-year-old former longtime UFC middleweight champion Anderson Silva, who beat Julio Cesar Chavez Jr. -- a former boxing world champion 11 years his junior with 60 pro boxing matches -- earlier this month in Mexico. Silva will assuredly get a huge money boxing match next -- eight years after he lost the UFC belt.

Prospect is a tricky label. Evloev has 15 pro fights, including five in the UFC. But the Russian featherweight is still just 27 years old and has yet to ascend to a true "contender" spot. He probably will soon, though.

Evloev looked very impressive in a unanimous decision win over fellow up-and-comer Hakeem Dawodu at UFC 262 in June. Evloev's wrestling, in general, is absolutely dominant. He's going to pose a major threat to just about anyone in the featherweight division with his brand of oppressive wrestling and grappling.

The win over Dawodu was his second of the year. Evloev beat Nik Lentz by split decision at UFC 257 in January. It was an important win over a veteran gatekeeper like Lentz, who is also a sturdy wrestler-grappler.

If there is one thing Evloev can improve on, it's finishing fights. He has yet to earn a stoppage victory in the UFC, though he did that regularly as M-1 bantamweight champion. Maybe he's still adjusting to the move from bantamweight to featherweight after joining the UFC in 2019.

In any case, Evloev has looked excellent and there is clear room for growth for someone in his athletic prime. That's a scary proposition for 145-pound fighters in the UFC.