<
>
Sean O'Malley: I'm the 'unranked champ' of the UFC
45dBrett Okamoto
One gym in Paris launched the careers of Francis Ngannou and Ciryl Gane, and a coach's rift made them rivals
1dMarc Raimondi
Nate Diaz scolds UFC, calls for bout with Poirier
18hBrett Okamoto
Aspinall, Volkov headline UFC's return to London
10hBrett Okamoto
UFC joins NFT craze with 'Strike' collectible series
17hBrett Okamoto
UFC confirms return to UK in March
2dESPN
Vaxxed fighters will not be tested at UFC 270
3dMarc Raimondi
Felipe gets 18-month ban for positive steroid test
3dMarc Raimondi
Ex-champ Tate dropping to flyweight vs. Murphy
6dBrett Okamoto
Why Henry Cejudo went from Brandon Moreno's mentor to training his opponent at UFC 270
2dMarc Raimondi and Carlos Contreras Legaspi
From family piñata business to UFC record book, Brandon Moreno aims for historic title reign
1yMarc Raimondi and Eric Gomez
MMA Rank 10-1: Which fighters will have the best 2022?
7dESPN
MMA Rank 20-11: Which fighters will have the best 2022?
8dESPN
Masvidal-Covington set to headline UFC 272
10dBrett Okamoto
New contenders, ex-champs rebound, contract squabbles: What to watch for in every division in 2022
11dBrett Okamoto
What are the odds? Breaking down the likelihood of the UFC's most burning storylines
15dBrett Okamoto
MMA predictions for 2022: Conor McGregor title shot, a star departs for boxing and a new UFC division
17dMarc Raimondi
Predicting which fighters will hold UFC titles at the end of 2022
21dJeff Wagenheim
Dec 7, 2021

Like it or not, UFC bantamweight Sean O'Malley is on the short list of potential stars in mixed martial arts. And for the record, there are plenty out there who do not like it.

O'Malley (14-1) has been a polarizing figure since he signed with the UFC off Dana White's Contender Series in 2017. He is 6-1 inside the Octagon -- including four finishes -- but he has taken some criticism regarding the level of his competition. O'Malley, 27, has never beaten anyone ranked inside the UFC's top 15.

O'Malley, who faces Raulian Paiva at UFC 269 on Saturday (10 p.m., ESPN+ PPV), has responded to any remarks about a padded record by trolling his critics. He recently released merchandise that dubbed him the "Unranked Champ." He's also dropped merchandise in the past that boasts of his "undefeated" record, as he feels a freak injury was behind his only loss, a first-round TKO by Marlon Vera in August 2020 after a kick numbed O'Malley's lower leg and rendered him defenseless.

Heading into his eighth UFC appearance, O'Malley spoke to ESPN about the meaning behind "Unranked Champ," the pressure of superstar expectations and this weekend's fight.

Editor's note: Responses were edited for clarity and brevity

On being unranked and 'undefeated'

The UFC rankings have always been something not super important to me. So, the merchandise says "Unranked Champ 15" because this is my 15th fight and I'm about to be 15-0. That fight against Vera, I don't feel like I lost because his skills were better. I don't think he truly, truly thinks he won the fight, either, the way it played out. It was so rare. Look at how many times I've been kicked in other fights; you don't see my whole leg go numb the way it did against him. Mentally, I don't feel that I lost. If Vera goes out in a rematch and beats me in a decision or finishes me fair and square, I'll have no issue saying I lost.

I lose in sparring, I lose in grappling. I'm not worried about losing. I just don't feel like I lost that fight, and a lot of people hate that I say that.

On what makes him 'the people's champ'

Petr Yan is the champ right now. He's beaten the people he needs to beat to be the champ in the UFC. But I feel I'm the people's champ. I have more eyeballs on me than anyone else in the bantamweight division. That's what I consider "the champ." I'm the most entertaining. People care about me the most. That's what "the champ" is to me.

Editor's note: Yan is actually an interim champ, with Aljamain Sterling holding the real belt. But Yan controlled their 2020 title bout before losing his belt to Sterling by disqualification.

On why he'll feel no pressure Saturday

O'Malley: I'm in a perfect spot ahead of UFC return

Sean O'Malley reflects on his time away from fighting and how it has helped him grow as a person. Order UFC 248 here on ESPN+ espn.com/ppv.

I'm going to go out there and fight Paiva, a dangerous opponent, one of the tougher guys I've fought, for sure -- but it doesn't matter. I'll finish him, and that's what is supposed to happen. It's the Suga Show. I'm supposed to go out and finish him.

If I go out there and lose to Paiva, I've still got my house that's almost paid off. I've got my other house. I've still got my family, friends. My life is still good, win or lose. So it doesn't matter to my happiness. I don't really put that extra pressure of, "I gotta win this fight or people are going to think I suck." I don't care, you know what I mean?

2020 to 2030 is going to be my whole era. It's the Suga Era. 2020 was a fantastic year for me. 2021 has been amazing. 2022, I see myself getting back in there during the first quarter and just continuing to do what I'm doing. You can't look too far ahead in this game. I learned that in the Vera fight. I already had big plans going into that one. I didn't plan on my peroneal nerve getting tapped and my foot going completely numb. I've learned to kind of pull back from looking too far ahead. 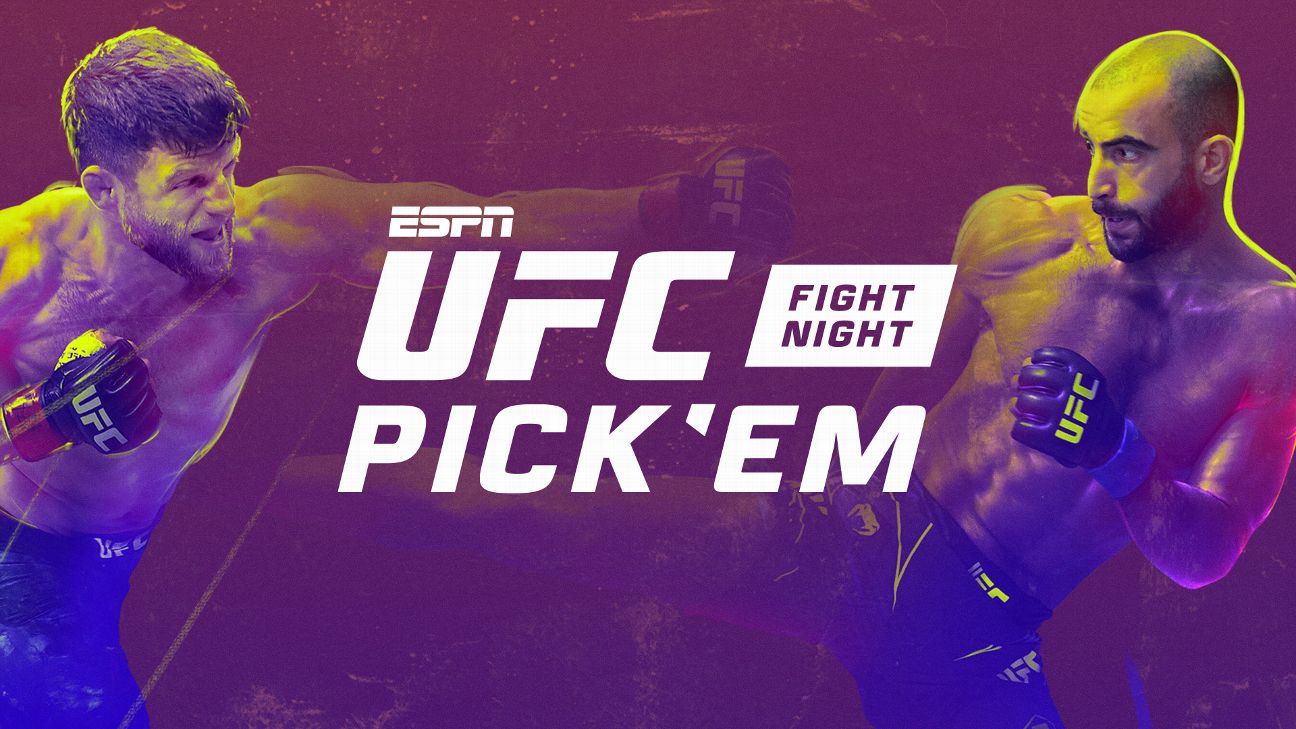 On the fight he most wants

I want to fight Petr Yan. I know he's the champ and you have to beat certain people to get that fight, but that's a fight I want eventually. Even if he's not the champ, that's a fight I want. I think he's one of the best pound-for-pound, top-three fighters in the world. I love his style, his boxing, the way he switches stances, covers up, his defense. He's just so good. Every time he gets in there, it's impressive.

I like his humor, too. Obviously there's a language barrier, but I enjoy his comedy on Twitter. He calls me a poodle. I find him very funny.

What's next after Saturday

If I had to say what's next, probably I'll get another fight in March. Whether it's top 15, top 10, not ranked, I truly don't care. I love going out there and performing. Performing is what I love the most, going out there live, T-Mobile Arena, screaming fans, millions of people watching live. That's what I love. As long as I can go in there and fight, it doesn't matter who it is.