Less than one year into his UFC career, Jairzinho Rozenstruik has positioned himself for a massive run in 2020. And he needed just about every second of his final bout in 2019 to do it.

Rozenstruik (10-0) is looking at a big matchup for his next UFC appearance, after going 4-0 with four knockouts this year. The latest was a stunning walk-off knockout over Alistair Overeem in the final four seconds of their five-round main event at UFC Fight Night on Saturday in Washington D.C. 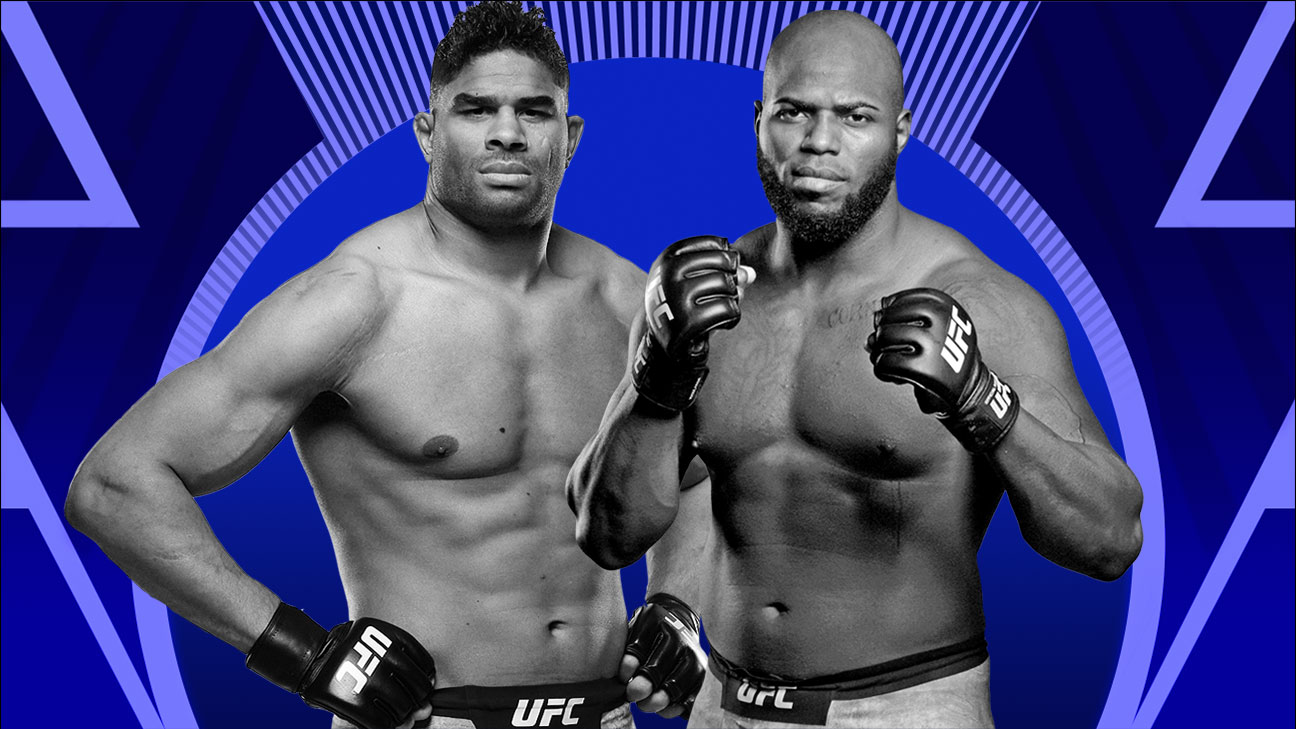 Every fight from UFC Fight Night: Overeem vs. Rozenstruik is available to watch on ESPN+.

So, what's next for the heavyweight from Suriname, who has taken the division by storm? Here's ESPN's take on Rozenstruik and the other top names of the weekend.

Who should be next: Francis Ngannou

So, just forget everything you saw in the first 24 minutes, 56 seconds of Saturday's main event and focus on that one beautiful moment in which Rozenstruik showed exactly how much damage he can inflict with a single shot. If this fight against Overeem proved two things, it's that Rozenstruik is definitely not ready for a UFC title shot, and the UFC should absolutely book him against the other heavy hitter of the division, Ngannou.

I heard you babayga. You made yourself very clear tonight. Congrats on your come back by the way.#uncrowndedchamp ☝️#UFCDC

Right now, Ngannou deserves a title shot. There's no debating that. But unfortunately for him, he's waiting in line while the UFC sorts out a potential trilogy bout between Stipe Miocic and Daniel Cormier. So, where does that leave Ngannou in the meantime? Kind of in no man's land. But now this happens, and suddenly, we have a story. We have a fellow knockout artist, calling for the division's boogeyman. Ngannou has an opponent that actually makes sense, something he didn't have before Saturday.

Jairzinho Rozenstruik gets aggressive in Round 4 with a flying knee before throwing some body punches. For more UFC, sign up here for ESPN+ http://plus.espn.com/ufc.

Who should be next: Tai Tuivasa

One thing about Overeem, he always has been willing to fight just about anyone -- even in this later stage of his career. Sometimes a guy like him, with his résumé and name recognition, might start to get picky about whom he fights. Not Overeem. He's down to fight some dangerous opposition, even the ones who don't have big names yet.

We'll have to see what the 39-year-old wants to do from here. He has admitted the end of his career is in sight but also fits the description of a man who will have a hard time walking away. If he comes back in the spring or early summer, Tuivasa is an obvious candidate. Tuivasa still has some hype around him, but he has fallen on tough times, having lost three in a row. Fighting Overeem would be a chance for him to legitimize himself again. And like I said, Overeem is usually up for just about any offer.

Aspen Ladd yells while pummeling Yana Kunitskaya with a series of punches. For more UFC, sign up here for ESPN+ http://plus.espn.com/ufc.

Who should be next: Winner of Sara McMann vs. Lina Lansberg on Jan. 25

Call it a comeback if you want, but the truth is Ladd never went anywhere. Yes, she suffered a bad defeat in her last fight, in what happened to be her biggest showcase. But booking Ladd to a main event back in July, against a veteran in Germaine de Randamie on relatively short notice, was just a bad idea. It was too much. Ladd struggled with her weight cut and didn't look comfortable that entire week. She looked comfortable ahead of this fight, and you see the results.

There is no need to rush her right back into a top-5 fight, even after this win. Ladd has so much potential, I'd like to see it given time to mature. McMann is a former title challenger and Olympic wrestler, who would offer a very stiff test for Ladd but is also probably past her prime. Lansberg is experienced, and will crack a top-10 ranking if she beats McMann. Ladd vs. the winner of that fight in Raleigh, North Carolina makes sense to me.