One of my favorite comedians is David Cross who, in addition to being under-utilized on "Arrested Development," does amazing standup. I am continually impressed by his ability to discuss nearly any issue, no matter how inflammatory. In one of his bits, for example, he does an impression of a woman from Valdosta, Ga., who is fundamentally opposed to euthanasia. A contrived conversation between that fictitious woman and a man waiting to die a slow, painful death from illness follows. (Sounds light-hearted, doesn't it?)

A main point of the segment is there is no way this woman, who has never experienced the pain of, well, dying, should have any influence over what another human can or cannot do with his life. Cross uses an issue of which people are generally afraid to speak to make the point that A) What people do with their lives is their own business; and B) We should all lighten up and discuss what is on our minds.

In our world today, we are taught not to offend. We are told it is not polite to discuss religion or politics or sex or drugs or death or, really, anything worth talking about. No matter that those are the fundamental issues of any human's life. It frightens me greatly that these topic taboos, instead of becoming more relaxed, seem to be intensifying.

I have spent a fair portion of the last four years living in Europe. I have played for teams headquartered in Barcelona, Athens, and Kazan, Russia. While in Europe, I was constantly impressed by the willingness of the citizenry to discuss any issue. In the United States, we are told not to bring up religion or politics too soon after meeting someone new. In Europe, those topics seem to come up within the first hour.

And why not? I agree with the philosophy. We all might as well know where we stand with one another. What better place to start than with one's fundamental beliefs? (The argument that such issues should be left private so as to avoid embarrassment is put forth only by people who cannot argue their stance, and would be left grasping at straws if forced to actually justify their positions.)

In fact, I would submit that not discussing such issues can actually lead to further confusion, which causes fear, which ends in anger. Any reasonable human knows that it would be impossible for everyone in the world to agree with him. He also realizes that there is the possibility that he might be in fact -- gasp! -- wrong. I mean, I knew at one point in my life that U2 was the greatest band in the world. Now I realize that everything and everyone is capable of a rapid descent into suckdom.

We Americans spend a great deal of time discussing this idea of "freedom." In the current, supposedly uber-patriotic society in which we live, it is a buzzword of sorts. It seems to me, though, that its definition has been bastardized. Freedom, to me, is potential. When one is free, he has the potential to do just about anything he wants. Most importantly, he is free to say what he wants. This is where the Europeans have us over the barrel.

In the places I have lived, the freedom currently enjoyed by the inhabitants is relatively new to them. Spain was led by a dictator, Francisco Franco, only 30 years ago. Greece was ruled by a military junta as recently as 1974. And those of us raised on Cold War-era social studies books are intimately familiar with Russia's inner turmoil. Because freedom is relatively new to them, these people understand the importance of holding onto it. They actually participate in their countries' futures. They talk about politics and other relevant topics and would shudder at the idea of confining themselves to discussions of their favorite actors' love lives. 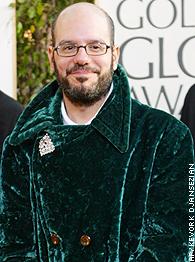 Recently, a football coach at the Air Force Academy got himself into some trouble for making some race-related comments. He noted that he had noticed over the years the black players against whom his teams compete have often been faster than the white players.

Ground-breaking thoughts. Of course, an ignorant few jumped on the story and blew it out of proportion, meaning the rest of us began to really think something had happened. But, what happened was that one man had expressed his own opinion about something that could hardly be described as important. In our Orwellian times, though, to think for oneself, and then to speak of it, becomes news.

I have dealt with the issues of race in athletics all of my life. It is very difficult to make it in the world of basketball as a white person. For whatever reason, I am at a perceived disadvantage as soon as I walk into the gym. I have been told, on at least two instances -- in Europe where, again, they speak their minds -- that I was passed over for placement on particular teams because I was not black.

In both instances, a coach walked up to me after a game in which I had played well and said something to the effect of (add accent/broken English as needed), "Paul, I wish we could have signed you back in [some month], but our GM told us we had to find a black American because they are generally more exciting and we need to put more people in the stands. You are pretty good, though."

At least they were honest, I suppose.

In my opinion, the issue of race in athletics remains a touchy one because people are afraid to talk about it. But, instead of alleviating the situation, our silence only exacerbates it. When a man makes a very obvious comment regarding the athletic performance of a particular race, he is vilified for it. (And, what the hell? Did he insult someone?)

I suppose people would say that the man in question is a public figure, or that he represents a service academy, or some like-minded poppycock. Who cares? Let people say what they want. If he raises an interesting question, maybe someone should stop and think, "Hmm, maybe we should talk about this and then everyone will understand one another a little better."

Instead, headlines containing phrases like "racist comment" and "slur" are used, and a little bit of me dies.

In general, though, people should relax. I think David Cross would agree. I think he would go on to say that people should discuss whatever the hell they want, while remaining respectful of others' views. (Unless those views are plain idiotic, at which point ridicule and mockery should ensue.) None of us is going to be here that long anyway. We might as well say the things we mean while we're around to do it.

Paul Shirley has played for 11 pro basketball teams, including three NBA teams -- the Chicago Bulls, the Atlanta Hawks and the Phoenix Suns. His journal will appear regularly at ESPN.com. To e-mail Paul, click here.