Technically, my contract with ESPN was finished with my last entry. I've written the 40 columns I owe, so it's time to either renegotiate or move on down the road. (This will be listed as No. 40 only because there was a mailbag that got lost in the shuffle. I regret not doing further mailbags. If this adventure continues, I promise to rectify that situation. Additionally, I promise to use the word rectify more often.)

I'm not sure whether I will continue writing for the dot-com. When I was in Las Vegas, playing for the Minnesota Timberwolves in the NBA summer league, I was asked several times if I was serious about playing this fall. My forays into the world of entertainment have left people wondering about my intentions. Men with direct influence over my potential employment have even told my agent that they think my side work is too much of a distraction.

I take issue with their theory. Basketball uses only a few hours of even the best-prepared player's day. I work out more than most players I know, yet the most time I ever spend in actual physical activity in one day is three hours. (The player who claims more is lying.) And my regimen is at the grueling end of the spectrum. I've seen much worse. While riding to my first NBA practice, in training camp with the then-world champion Los Angeles Lakers, a veteran player said, "This should be interesting. I haven't touched a ball since the last game in the Finals."

There is time to be found in the day of the average basketball player.

I don't remember anyone telling me in college that I should start skipping classes. We trained just as hard then ... and carried a full course load. Of course, that course load was slightly more strenuous for some than for others, but no one was allowed to take zero hours per semester.

In fact, I "work" in one of the few occupations that would allow me the time to type out a few random thoughts now and again. Of course, it is true that my hours in front of the computer might be robbing my body of valuable brain cells that could be used to calculate the next day's hang clean totals. The energy I spend thinking of veiled ways to insult teammates could be better spent buying guns. And surely -- by sitting at my desk for an hour or two -- I'm wasting valuable stamina that could be utilized in my quest for an entire litter of illegitimate children. 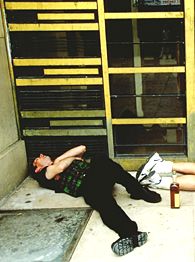 Suffice it to say: There are worse ways to use one's time.

Regardless of my opinions, some are under the impression that a person cannot do both. Consequently, I have to consider the future of my writing career. If writing for ESPN.com will cause management types to think I'm not serious about playing basketball, I may need to think about stopping. My basketball shelf life is a short one; I wouldn't want to squander it because I felt the need to complain to a few hundred thousand of my closest friends every now and then. I can always write. (Barring significant head trauma or a future meth habit.)

A large part of my cerebrum tells me to do what I enjoy. I like writing. I like reading e-mails from guys in cubicles who are me if I hadn't grown to be 6-foot-10. And I only live once. These opportunities don't come around all the time.

Then again, a large part of my cerebrum thinks that I would have a chance with Penelope Cruz. It is obvious that logic isn't always my guide. 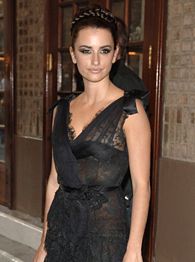 Whichever course I choose, I do think it's time for a little break. I need to work on my book, which -- I am relieved to write -- finally has a title. Specifically, "Can I Keep My Jersey?" (Note: I was told to write that this title is "tentative." Apparently, it hasn't been approved by the 1,600 middle managers at the publishing company.) It is supposed to be released by Random House next spring. Of course, Pluto was supposed to be a planet. I've learned to count on nothing.

I might be back to ESPN, I might not. If I am, it will probably be a little while before I restart/continue. I do owe the Web site a few chats, so I'll be available in the coming weeks for consultation on varied topics, ranging from advice on cartoons to music picks. Additionally, for gap-bridging, general tab-keeping and the occasional non-sports-related blog, I can be found at myspace.com/paulshirley.

I will take my leave now, to consider my next move. I think it's likely that I'll be back, but if my basketball conscience gets the best of me, let me note that I hate you all and I wish you would die.

I meant, thanks for reading. Don't let the bastards grind you down.